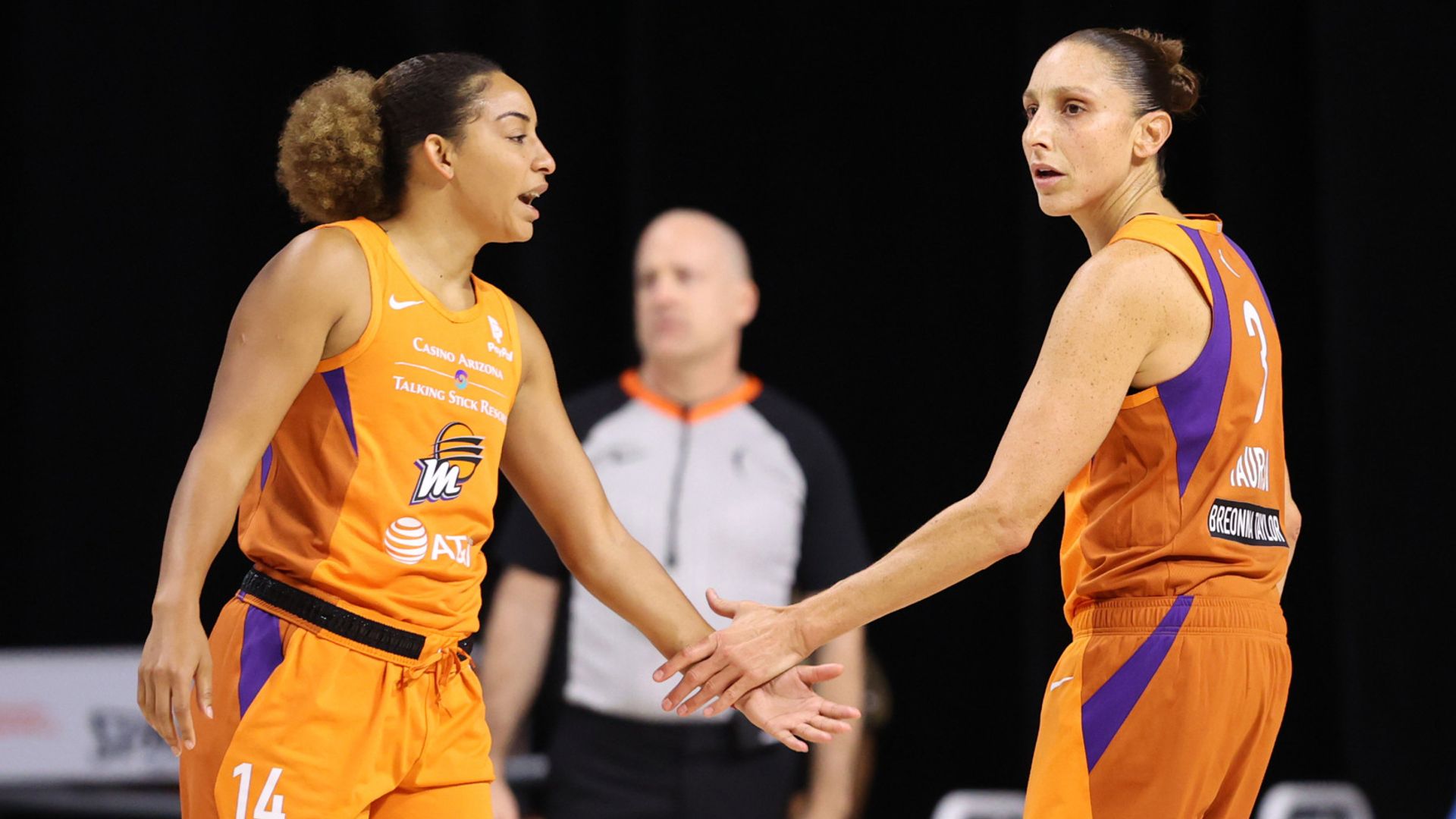 Hartley, who signed with the Mercury as a free agent after spending the last three seasons with the Liberty, made 10 of her 18 shots. Diana Taurasi had 18 points, nine assists, three steals and two blocks and Brittney Griner added 16 points for Phoenix (2-2).

New York point guard Sabrina Ionescu, the No 1 pick in April’s draft, did not play due to an ankle injury suffered in Friday’s loss to the Atlanta Dream and is expected to miss a month.

Kia Nurse, who missed Friday’s game due to an ankle injury of her own, led the Liberty with 16 points but made just 3-of-17 from the field. Layshia Clarendon added 12 points and Amanda Zahui B scored 11.

Phoenix, who never trailed, led by as many as 16 in the first half and took a 41-27 lead into half-time. The Liberty used an 18-3 run to trim their deficit to 55-53 when Zahui B hit a three-pointer with two minutes left in the third quarter, but the Mercury scored 17 of the next 19 points to pull away for good.

Kelsey Mitchell was 4-of-5 from three-point range and finished with 23 points while Candice Dupree added 21 as the Indiana Fever erased an early double-digit deficit to beat the Atlanta Dream 93-77.

Courtney Williams scored a season-high 18 points for Atlanta (2-2), Elizabeth Williams and Chennedy Carter each added 15 – on combined 14-of-21 shooting – and Betnijah Laney had 13 points, six rebounds and matched her career high with four steals.

The Dream jumped to a 10-0 lead but Indiana answered with a 13-0 run and never again trailed. The Fever scored the last five first-quarter points and opened the second with an 11-2, making it 41-25 on Tiffany Mitchell’s three-point play with 5:25 left.

Elizabeth Williams made an And 1 free throw to trim Atlanta’s deficit to seven with 3:36 to play, but Indiana responded with a 10-2 spurt, capped by Kelsey Mitchell’s three-pointer with 45.8 seconds left.

Kayla McBride and Lindsay Allen had 11 points apiece and Jackie Young and Dearica Hamby each added 10 for Las Vegas (2-2).

The Aces, who have won four in a row against the Wings, opened the game with a 9-0 run, took a 15-2 when McBride made a jumper with 5:46 left in the first quarter and never trailed.

Kayla Thornton hit a three-pointer to cap a 14-4 spurt that trimmed Dallas’ deficit to 44-40 early in the third quarter but Las Vegas scored 18 of the next 26 points to its lead into double figures until the closing seconds of the game.