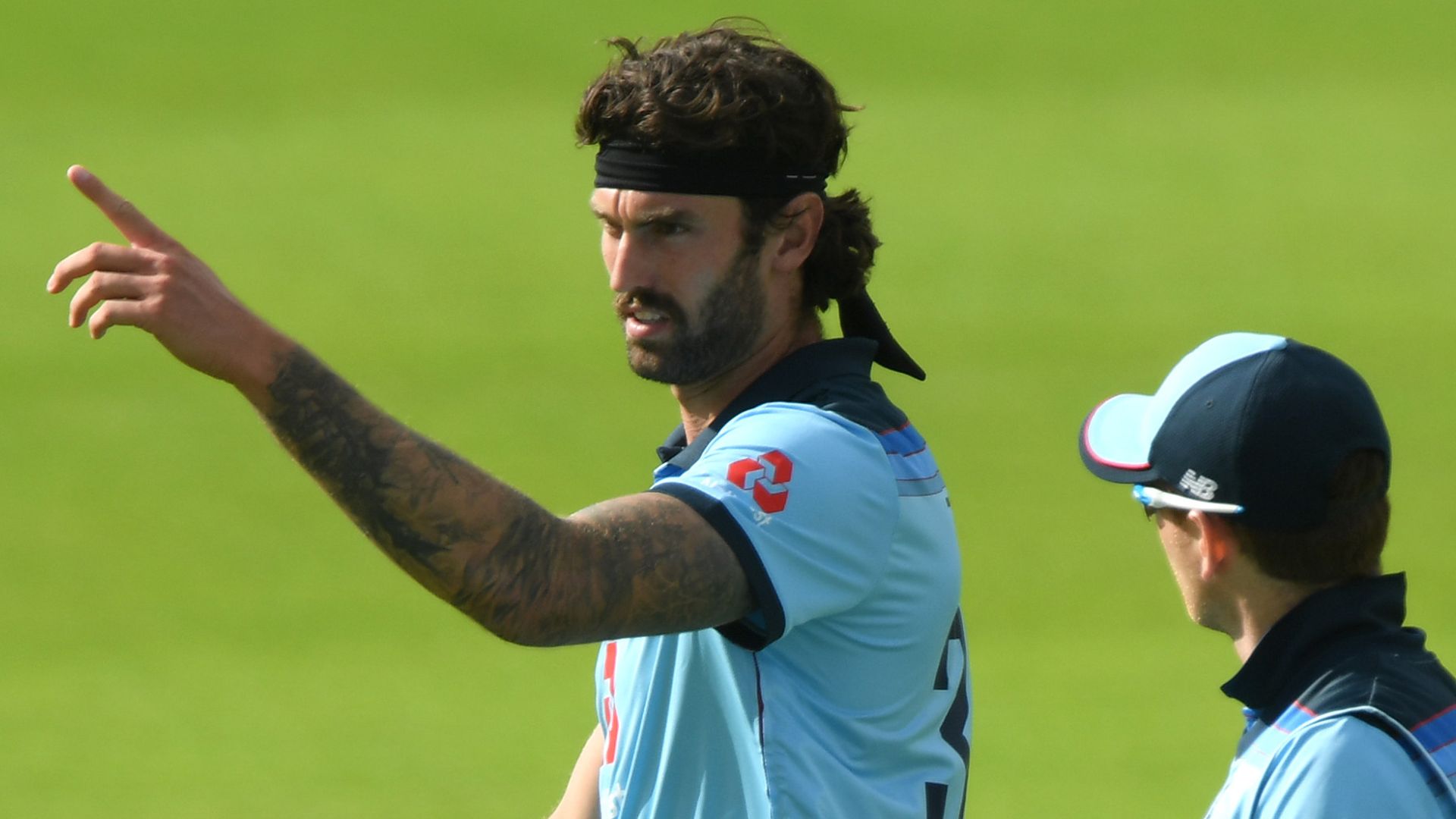 Watch the third ODI between England and Ireland, live on Sky Sports Cricket from 1.30pm on Tuesday

England seamer Reece Topley will miss the third and final one-day international against Ireland with a left groin strain.

The 26-year-old left-armer will have a scan to confirm the extent of the injury but England are not expecting him to be out of action for more than a couple of weeks.

Even if the injury does prove to be relatively minor, Topley will no doubt be frustrated to miss Tuesday’s game at the Ageas Bowl having made his first England appearance since 2016 in Saturday’s win in Southampton, after an injury-ravaged few years.

Topley looked sharp, taking 1-31 in his nine overs, and will be targeting a return to fitness in time for England’s three-match T20I series against Pakistan at the end of August.

Meanwhile, Tom Curran is likely to return to the XI in Topley’s absence as England try to complete a 3-0 series whitewash over Ireland on the south coast.

Watch the third ODI between England and Ireland, live on Sky Sports Cricket from 1.30pm on Tuesday.