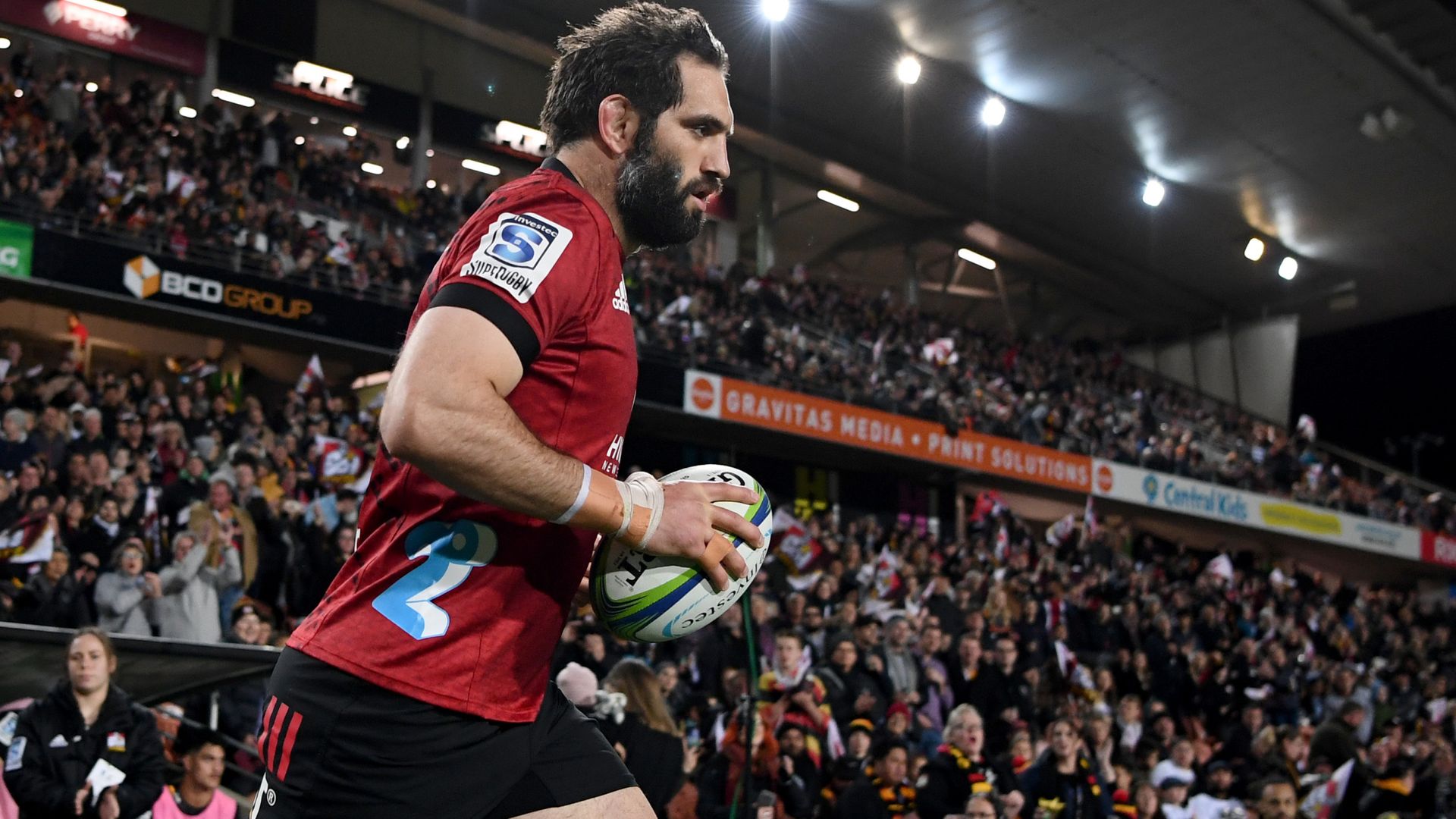 New Zealand’s depth is a growing concern for all Test coaches around the world that are not Ian Foster. Will Jordan is competing for the same jersey as Damian McKenzie and Jordie Barrett – and what if Beauden Barrett does not make the switch to fly-half? – and the 22-year-old is arguably in the best form of the lot.

Jordan carried 16 times for 101 metres in the Crusaders’ 32-19 victory over the Chiefs, scoring a try and beating five defenders with ball in hand. Another unmistakable talent is unearthed.

Caleb Clarke played on the left wing as the Blues beat the Highlanders 32-21 at the Forsyth Barr, but we have switched him to the other touchline as he was one of two players to shine in the No 11 jersey and was too good to leave out.

Clarke made 72 metres from his 10 carries on Sunday, beating three defenders and making three clean breaks. The winger was also instrumental in both of Finlay Christie’s tries.

The Brumbies were made to work hard for their 22-20 victory over the Reds, Mack Hansen slotting an 83rd-minute penalty to steer his side home late.

Tevita Kuridrani, along with midfield partner Irae Simone, carried the burden of keeping the Reds defence honest throughout the game; the pair carried 14 times each, making the hard yards that kept their side in the game until Hansen stepped up to win it.

Kuridrani’s team-mate Simone could have claimed this jersey but we have gone for All Blacks centre Jack Goodhue.

Goodhue was solid with ball in hand on Saturday, but it was his defensive work that really stood out. The 25-year-old made eight tackles and one defensive turnover as Scott Robinson’s side repelled the Chiefs.

George Bridge is the reason we switched Clarke to the right wing. Bridge made the most tackles of all the Crusaders backline with 13 – second behind Tom Christie overall – and was a constant threat with the ball.

The winger carried 13 times for 61 metres, taking the attack to the Chiefs throughout the encounter.

While Richie Mo’unga and Beauden Barrett went head to head in the All Blacks fly-half debate last week, the Crusaders man was the clear winner in the most recent round of matches.

Mo’unga carried 12 times for 64 metres, beating a staggering seven defenders along the way. However, there will be a big question mark next to his kicking; missing four shots at goal out of seven attempts.

Like Mo’unga, Christie hangs onto his team of the week berth for another week. The scrum-half scored tries either side of half-time, showing great game awareness for both as he ran the show for the Blues.

It’s probably too early to start talking about him taking the All Blacks jersey from Aaron Smith and TJ Perenara, but he’s added his name to the conversation at the very least.

The Blues’ starting front row contributed one defensive turnover each, and were effective around the rucks and mauls, but their scrum dominance really set the tone for their side’s win.

Akira Ioane’s opening try came directly from scrum dominance, while Ofa Tu’ungafasi’s try at the end of the first half came off the back of a retreating pack of Highlanders forwards scrambling to defend. Karl Tu’inukuafe led form the front in the most literal sense.

Folau Fainga’a had an influential day at the office for the Brumbies, scoring two tries, but it is Codie Taylor who gets the No 2 jersey in our team.

Taylor scored a try for his side in their win, but was also perfect at the lineout, hitting all his jumpers with nine throws at the set piece.

Oliver Jager was impressive off the bench for the Crusaders, carrying well and winning a defensive turnover in the second half in Hamilton.

However, for his try and his all-round work at the set piece, Tu’ungafasi slots in at tighthead in this week’s team.

Patrick Tuipulotu made nine carries and six tackles against the Highlanders, and can also take some credit for the forward motion of the Blues’ scrum.

The 27-year-old is also growing into a highly influential captain, communicating well with his team as well as match officials.

Sam Whitelock has amassed 117 Test caps for the All Blacks, putting him fifth in New Zealand’s all-time appearances, and is showing no signs of slowing down.

The 31-year-old, in the No 4 jersey, made 10 carries and nine tackles, as well as taking five lineout balls on Crusaders throw-ins and one stolen from the Chiefs.

Shannon Frizell and Lachlan Boshier both had good games in a losing cause over the weekend, both scoring tries.

But we have decided to give the jersey to Frizell for his 12 tackles – the most from a Highlanders player – and two defensive turnovers.

Sam Cane did not carry the ball much against the Crusaders, but defensively he made a huge impact on the game.

The All Blacks captain made 18 tackles and turned the ball over three times in Hamilton – with the firepower the All Blacks have out wide, and their love of the counter-attack, those numbers will certainly make Foster smile.

If Cane was the Chiefs’ leading light in defence, Pita Gus Sowakula did the job in attack up front.

The No 8 carried 16 times against the Crusaders, tied at the top in the game overall with opposition full-back Jordan, keeping the opposition forwards sucked in.