According to the World Boxing Council, they have sanctioned the upcoming bout, between Shawn “Showtime” Porter and unbeaten Sebastian Formella, for the WBC Silver welterweight title.

The fight is pegged to take place on August 22nd at the Microsoft Theater in downtown Los Angeles, in a closed doors setting.

Porter, 30-3-1, won the WBC welterweight belt by defeating Danny Garcia in a close fight in September of 2018. 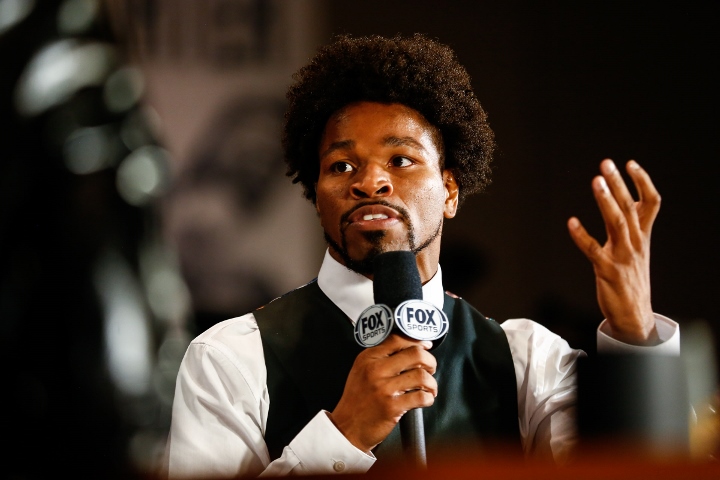 He retained the title for the first time in another close fight, edging out Cuba’s Yordanis Ugas in March of 2019.

But then he lost the title in a unification clash with IBF champion Errol Spence in September. In one of the better fights of the year, Porter was dropped in the eleventh round and lost a twelve round split decision.

Porter is currently sitting in the number one position under the WBC’s welterweight rankings. A win over Formella could put him right back in position for a world title shot. Spence is scheduled to make a defense of his IBF, WBC titles against Danny Garcia in November. Garcia ranked at number two by the WBC.

Formella, 22-0, 10 KOs, is returning to the ring from a victory in January over Roberto Arriaza.

He’s fought nearly his career in Germany and while he’s defeated some unbeaten boxers he’s taking a very big step up in class against Porter.

Formella captured the IBO’s welterweight strap in July and made one defense of the belt. Also, the bulk of Formella’s pro bouts have taken place at junior middleweight and middleweight – before settling down at welterweight.