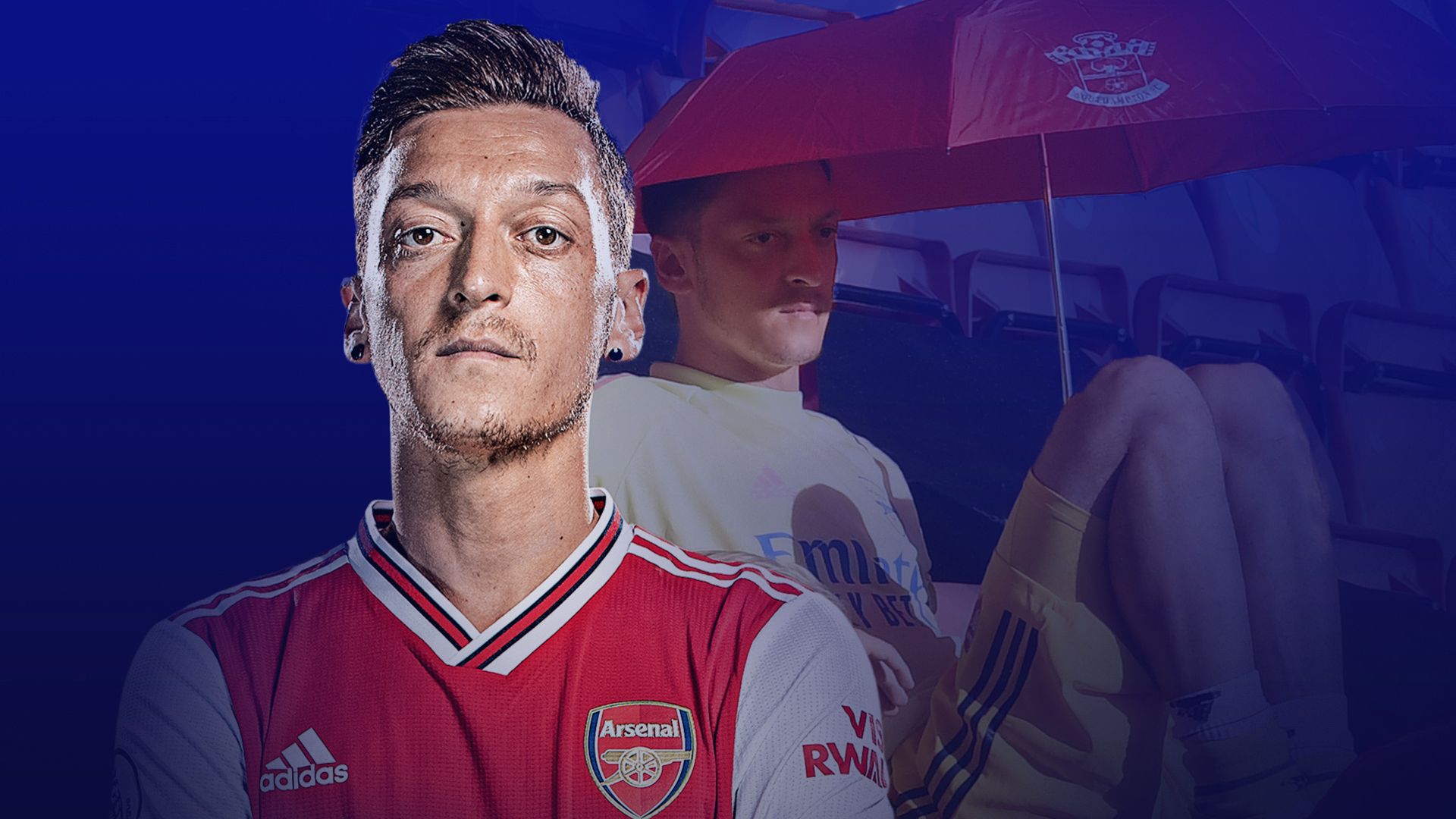 Does Mesut Ozil have a future under Mikel Arteta at Arsenal, or will a resolution be a painfully drawn out process that rumbles on throughout the summer transfer window?

The 31-year-old has a year remaining on his current contract but is facing an uncertain future at the Emirates Stadium having not played a single minute for the Gunners since the restart.

Ozil’s absence has been attributed to a back injury but Arsenal’s highest-earner, on £350,000-a-week, appears to have been frozen out by Arteta.

In the latest instalment of the Ozil saga, the German was absent from Arsenal’s FA Cup final victory and reportedly travelled to Turkey as the Gunners beat Chelsea at Wembley.

So, what’s next for Ozil, and is there a way back in from the cold under Arteta?

German sports journalist Raphael Honigstein believes it will be difficult for Ozil to resurrect his career at the Emirates Stadium.

Speaking on the Transfer Talk podcast, he said: “Arteta seems to have made up his mind that Ozil is not going to play a part going forward.

“He gave him the chance to come back and he did have some encouraging performances, but ultimately didn’t do enough to hold down a place. Arteta is in a very strong position as a manager who can really force his views and choose his personnel in the squad.

“But the problem is that while Arsenal may want to take him off the wage bill, without his consent and without a club willing to pay the same wages – or at least a significant part of the wages – it’s not going to happen.

“They could pay off part of the deal and release him but that would mean a huge financial hit with absolutely no benefit apart from saving a bit of money or they could keep him and hope things could change and he can come back. But there’s a real reluctance of Ozil’s part to leave just because the existing club don’t feel he should be a regular at the moment.

“He’s turned down an offer from Turkey in the past and I’m sure he could’ve gone to somewhere like Italy for part of the wages, but so far he’s shown no inclination to do that. I feel he’s within his rights to his wages and I don’t see why things changing for Arsenal means Ozil needs to accommodate that. I don’t see a good resolution. All I see is more inertia and the situation being dragged out for another season. As far as this summer is concerned, I don’t see Ozil leaving.”

Arsenal boss Arteta has been reluctant to divulge the current status of Ozil’s future and, understandably, chose to reflect on his first piece of silverware as a manager, and the role the played in helping secure it.

Speaking after Arsenal’s FA Cup final victory Arteta thanked the absent Ozil and Matteo Guendouzi for their contributions, saying: “They’re all part of it.

‘Ozil the worst player in the world without the ball’

Former Arsenal forward Paul Merson feels it is too late for Ozil to fit into the Gunners’ style.

With Arteta looking to solidify the team and make them more durable defensively, he feels Ozil is one of the worst players in the world when your team do not have the ball.

“I think Ozil is a prime example of a player who has to play in a proper team, that is going to be right up there, dominating football matches. He’s got to play in a majorly successful team,” Merson said.

“He can’t play in this Arsenal team, here’s why: he’s not going to change his game now in his 30s, and Arsenal aren’t going to change their game for him. He isn’t tracking back, chasing players, and you need him in a team where you’re getting 70 per cent of the ball each week, and he’ll play. You get players around him, let him play.

“We all know how Ozil plays, you give him the ball and he’ll find you. If you don’t have the ball, he won’t win it back for you for love nor money. He’s not interested when they don’t have the ball. How can you give someone £350k-a-week when we all knew that was his style of play?

“If he hasn’t got the ball he’s one of the worst players in the world! I would say that. Name me a worse player in the world when their team doesn’t have the ball? I’ve never seen somebody so disinterested when they don’t have the ball, but he hurts you at the other end!

“Can Arsenal form a team around him? At the moment, it’s at the stage where you can’t do that. They’re not going to change the team for him. He’ll pick up his £350,000-a-week and everything is rosy for him.

“They have to come to a deal with him; maybe he’ll take £200k a week somewhere else. I don’t know how this gets resolved though. Does he want to play football? If he loves football, he has to come to a deal with Arsenal, but it’s easy to say that. Nobody wants to lose £150k a week, no matter how much you earn! Who is mad enough to throw that money away, no matter who you are?”

Former Arsenal striker Alan Smith believes Arteta has shown strong management in not picking Ozil in recent games but fears this process could be drawn out over the next year, with his mammoth wages likely to put would-be suitors off signing him.

“It seems that Arteta wants to draw a line under it, and convince the players he’s not part of the plans,” Smith said. “He’s passed the buck to Ozil and said: ‘What do you want to do about it?’

“Hopefully he leave the club would be Arteta’s reasoning. That would free up a bit of money in terms of his wages.

“It’s always going to be a talking point for as long as Ozil’s at the club. I don’t know whether anything could happen in this transfer window, there aren’t too many links with any clubs. We might end up having this situation for another year until his contract runs out. He might get used now and again, but he won’t be a core figure in his plans.

“It’s something Arteta could have done without. He’s got enough on his plate, without constant questions about the German’s future. But Arteta is decisive; if he decides somebody doesn’t fit in going forward, no matter how much they’re earning, he’s not going to pick them. That’s strong management, and I think Arsenal need that.

“Can he fit in at Arsenal? No, I don’t think so. This is an era at the club where everybody has to really dig in and work incredibly hard off the ball. Ozil is too long in the tooth to change his game now, and I don’t think physically he is capable of doing what Arteta wants him to do, either.

“It might be another year before he leaves the club, but I can’t see much of a future there for him.”