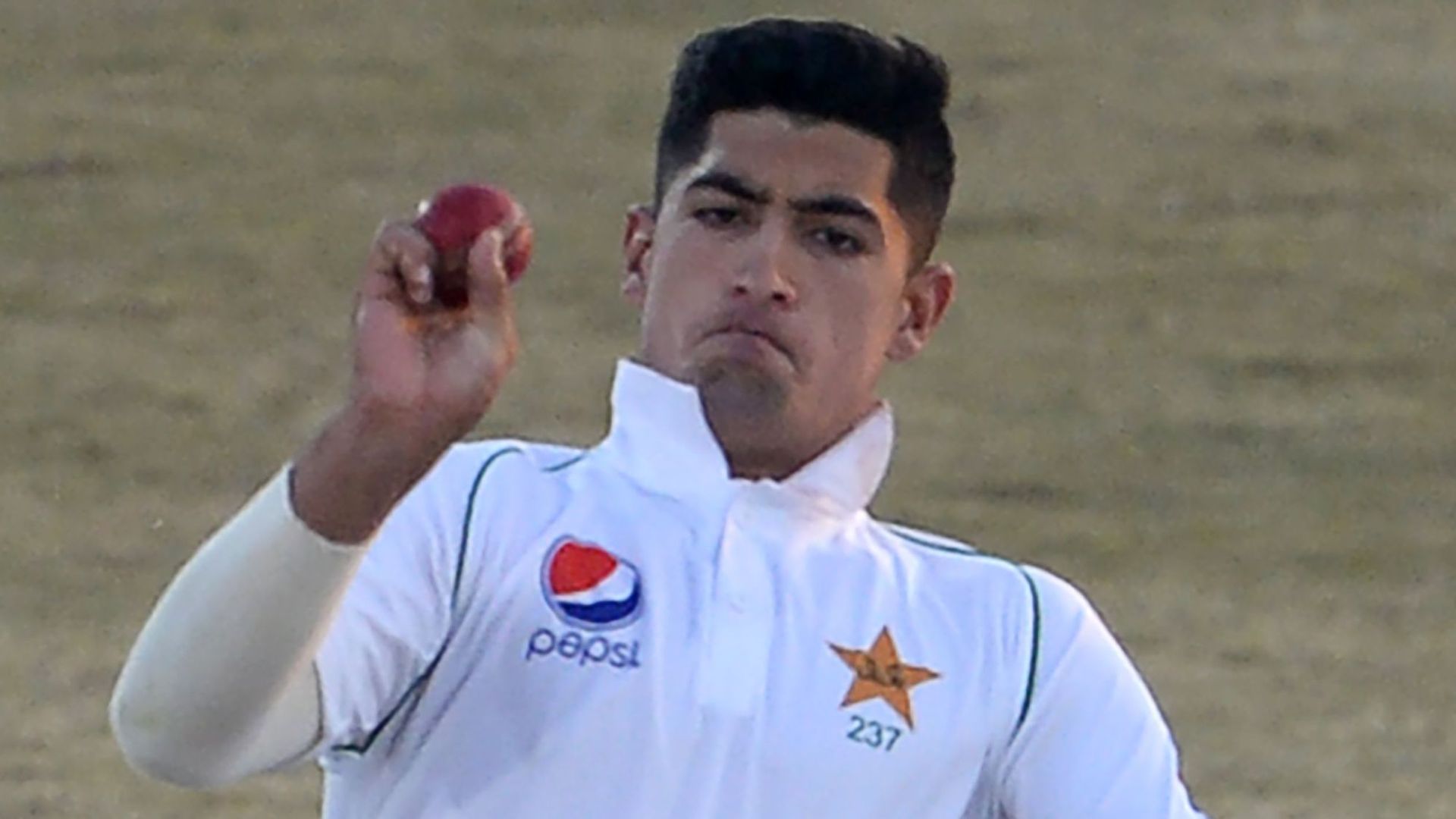 Pakistan head coach and chief selector Misbah-ul-Haq has tipped Naseem Shah to flourish against England this month, insisting the teenage fast bowler “could win a Test match on his own”.

Naseem was fast-tracked into Pakistan’s side in Australia last November, aged 16, despite only a handful of first-class appearances, and became the youngest bowler to take a Test hat-trick against Bangladesh in February.

The tearaway quick seems to have taken a liking to English conditions with 10 wickets in two internal squad matches at Derby ahead of the #raisethebat Test series, which starts on Wednesday at Emirates Old Trafford.

While England have enviable pace options themselves, Misbah, who alongside Pakistan fast bowling coach Waqar Younis was instrumental in plucking Naseem from relative obscurity, predicts the 17-year-old will make an impact.

“Before going to Australia, Waqar Younis and me just saw him in the Gaddafi Stadium (in Lahore) and at that time he just looked like a complete bowler,” Misbah said.

“We could see the potential but now we’ve got the evidence at international level, he has already got a hat-trick and five-fors.

“If you see his experience and his cricket then the sample size is too small but he’s already fulfilling his potential.

“He is one who could win a Test match on his own so we’re looking forward for him to emerge as a very good bowler in this series.”

Pakistan have had a couple of intra-squad matches to get used to the conditions and the bio-secure bubble that will be their home for the next few weeks as they prepare for their first Test in six months.

With England having shaken off the ring-rust against the West Indies, Misbah admitted to some slight apprehension and has urged Pakistan to hit the ground running in the first of three Tests behind closed doors.

“We feel there is always a slight nervousness when you just play Test cricket after a long, long time, but overall in terms of preparation I am pretty much satisfied we have covered all the areas,” he said.

“We are aware that England have a slight advantage but if we are alert and go 100 per cent in the first Test match, that is the only way we can beat England. Otherwise we will find ourselves in difficulty.”

England have not beaten Pakistan in their most recent four Test series – a record stretching back to 2010 – but Misbah believes the statistic is unlikely to be preying on their opponents’ minds.

“These previous stats are just stats, I believe,” the former Pakistan captain said. “That doesn’t guarantee you are going to do well in this series.

“You can always get confidence from that, but still you have to play well in the middle.”

Watch the first #raisethebat Test between England and Pakistan live on Sky Sports Cricket and across our digital platforms from 10.30am on Wednesday.