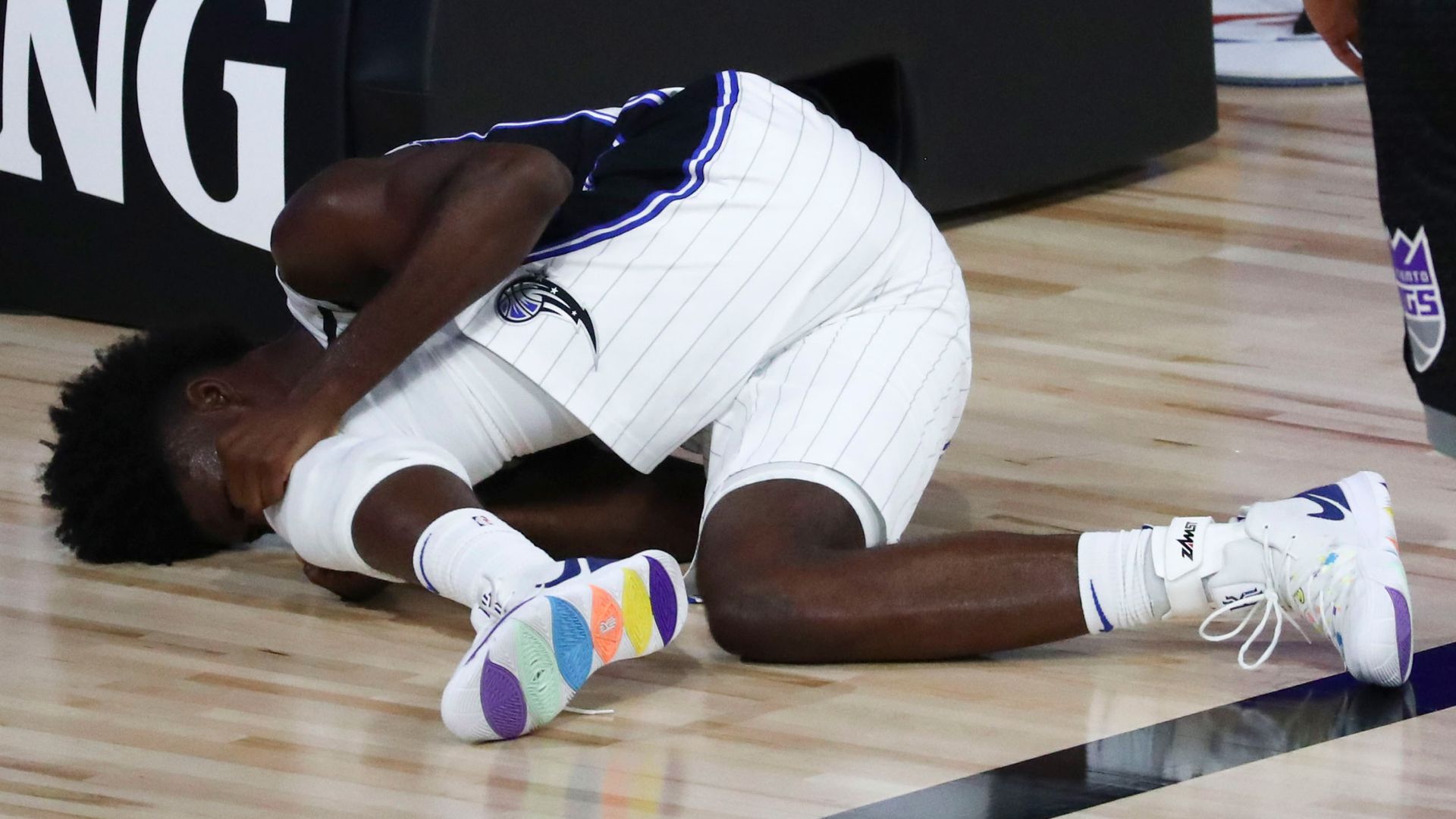 Orlando Magic forward Jonathan Isaac left his team’s game against the Sacramento Kings in a wheelchair after sustaining a torn left ACL.

With just over nine minutes remaining in the fourth quarter, Isaac drove into the lane between two Kings defenders, attempting a hop-step to get to the basket.

Although there was no contact between Isaac and the Sacramento players, he fell to the court and immediately clutched his left knee.

Isaac left the court in a wheelchair accompanied by Magic president of basketball operations Jeff Weltman.

The 22-year-old forward’s left knee was wrapped and braced.

The Magic rolled to a 132-116 victory, their second successive win of the restart. They remain in seventh place in the Eastern Conference, half a game ahead of the Brooklyn Nets.

Isaac previously injured his left knee in a January 1 game against the Washington Wizards. That injury kept him out of Orlando’s remaining 31 games before the March 11 league shutdown.