Although Leo Santa Cruz will stand two inches taller than Gervonta Davis when they meet Oct. 24 on Showtime pay per view, Tank will be the thicker fighter who’ll be packing the more powerful and thudding punch.

“I’m back in camp now. The preparation is going well. We started last week as we start to train more, and we will be stepping it up. I will do everything that way I come well prepared for the fight,” Santa Cruz told Fight News. “Once we begin to spar. I will need guys that fight at 140 or 147.” 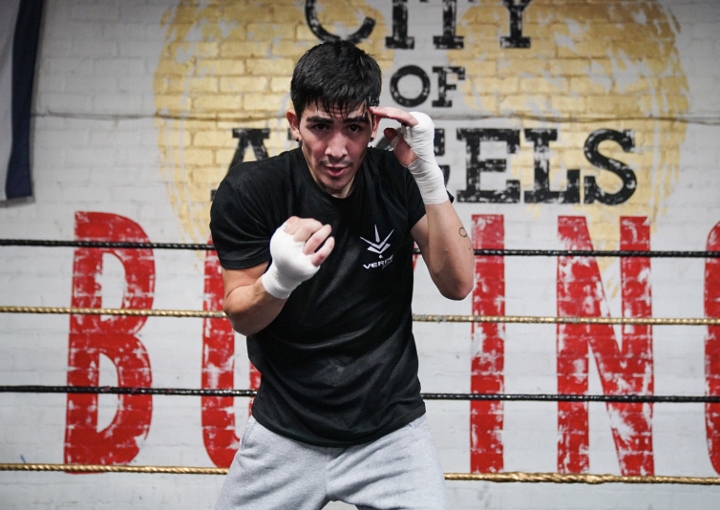 Santa Cruz is a four-division champion at 118, 122, 126 and 130 weight classes. The clash against Baltimore-bred Davis will take place at super featherweight.

It will be just Santa Cruz’s second fight at 130.

In November, he unanimously decisioned Miguel Flores in a fight more competitive than he would have liked. For his efforts, he picked up a version of a WBA super featherweight belt that Davis vacated earlier as he moved up to fight Yuriorkis Gamboa at 135 for yet another vacant WBA belt.

“I thought we were fighting [Davis] for the 130-pound title, but we are also fighting for 135. I didn’t expect that … It will be a big accomplishment if I get a title at 135. I will be the first Mexican to win five world titles in five weight classes. It would be an honor and it would go down in history. It will be a dream come true.”

Santa Cruz sports a career KO percentage of 48.7, but he hasn’t carried over his power in recent years. He’s scored just two stoppages in his last nine fights spanning back to 2015.

He’ll be 32-year-old by the time he meets Davis.

The 25-year-old Davis, meanwhile, is riding a 14-fight knockout streak dating back to 2014.

Santa Cruz knows that he needs to be able to absorb Davis’ power in order to have a chance to fight back and deliver with his relentless offensive output.

Sparring with 147 pounders is a positive step to make El Terremoto’s game plan a reality.