David Morrell Jr. was all of six years old when Lennox Allen first turned pro in 2004.

Somehow, both have managed to arrive at the title stage at the same time.

Allen gets his first bid at a major belt 16 years into his career, as the unbeaten southpaw collides with Morrell for the interim version of the WBA super middleweight title. For Morrell (2-0, 2KOs), it comes less than one year as a pro and in just his third fight.

“I feel like he skipped the line to the title, ” Allen (22-0-1, 14KOs) told BoxingScene.com. “It is what it is. I know the politics of the sport, I have witnessed them firsthand throughout my career. This is a business, though, and I now have the opportunity to handle my business in the ring.” 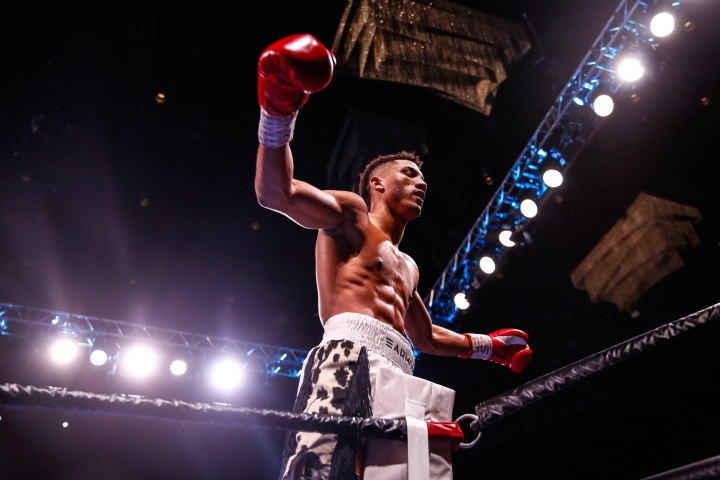 It’s been a long journey in every sense of the word for Allen, who relocated from his Georgetown, Guyana homeland to Brooklyn, New York in 2009. The move came shortly after his 10th pro fight, with all but one ring appearance since then taking place in the United States. Also included along the way were lengthy gaps in activity, going all of 2014 without a fight and then experiencing a near three-year removal from the sport before returning in July 2018.

Just two fights have come of his comeback, including a landslide 10-round win over Derrick Webster last February on ESPN+. Another year passed by without a fight before getting the call from manager Steven Heid for an opportunity to challenge for his first major title.

The fight was to have taken place on April 11 in Minneapolis, the adopted hometown of Morrell who defected from Cuba after amassing a 135-2 amateur record. The ongoing coronavirus pandemic shut down the PBC on Fox event, which is now shifted to this Saturday live in primetime from Microsoft Theater in Los Angeles. The bout will serve as the chief support to the original headlining act between Jamal James and Thomas Dulormoe for the WBA interim welterweight title.

For Morrell, it’s a four-month delay and nine months between fights in a career that hits its one-year anniversary later this month.

As for Allen, it means going 18 months between fights in a career burdened by hard luck but where he’s always found a way to persevere.

“I’ve waited a long time for this opportunity, so long that there were many points in my career where I felt like it would never happen,” admits Allen. “It’s kind of amusing that I finally get to fight for the world title and it’s against a fighter who jumped ahead of a long line of fighters.

“But I’m the type, I always say that I have to look forward. I can’t worry about what happened or how someone else got here. This is my opportunity to prove to everyone where I belong in the super middleweight division, and to bring that world title home.”