There have been plenty of words exchanged on social media recently between Lee McGregor and Ryan Walker – and the Scottish star plans on making his opponent pay for those comments when they meet next month.

British and Commonwealth bantamweight champion McGregor (8-0, 6 KOs) steps up to 122lbs to face former Southern Area super-bantamweight champion Walker (11-1, 2 KOs) on an #MTKFightNight at Production Park Studios in in Wakefield on August 26, live in the US on ESPN+ in association with Top Rank and worldwide on IFL TV. 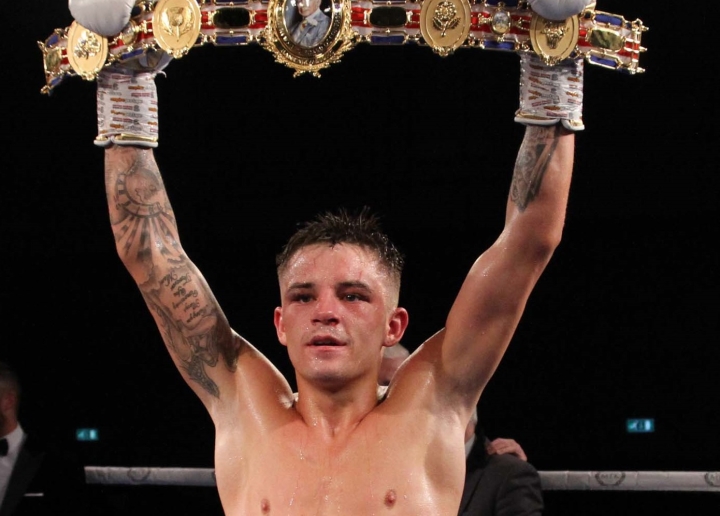 Walker was involved in a war of words on Twitter with both McGregor and his stablemate Sunny Edwards, and the Edinburgh man is ready to make him eat his words when they step into the ring.

McGregor said: “He’s spoke up, said a few things and got what he’s asked for, so let’s see if he can back it up. I’m always fired up whether they talk online or not, and I’m always really wanting to hurt my opponent.

“It’s at the weight above, but he’s smaller than me and is short and stocky. I feel I’m the bigger man, so it’s going to benefit me more not having to cut the extra four pounds.

“I’ll feel more comfortable and it will suit me more having this fight at super-bantamweight. He will come forward and try to have a fight, so we’ll see what I’m up against on the night and adapt to whatever he brings.

“I’m really excited to get back in the ring and I’m confident of getting the win. It’s been a while since the last time I fought so I’m buzzing to be back.”

McGregor vs. Walker is part of an event on August 26, which is headlined by Lewis Crocker facing Louis Greene for the WBO European welterweight title.