In an interview with Christian Martinoli and Luis García, the man that many regard as the greatest Mexican fighter in history, Julio César Chávez Sr., discussed what eventually led to his decline in the sport of boxing.

Chávez said that after the victory against Héctor Camacho in 1992, he felt that he had already done everything.

“Especially at the end of my career, when I fought with ‘Macho’ Camacho, it was crazy, it was something very big in the media. After that fight,… I felt like I had accomplished everything,” Chavez Sr. declared.

Chávez added that, after that fight, he began his “criminal life” with addictions to alcohol and drugs.

“I started to lose respect for boxing, for myself, I didn’t train as I did in the past. I won fights [at that point] because I was a natural fighter, a good fighter,” Chavez Sr. declared. 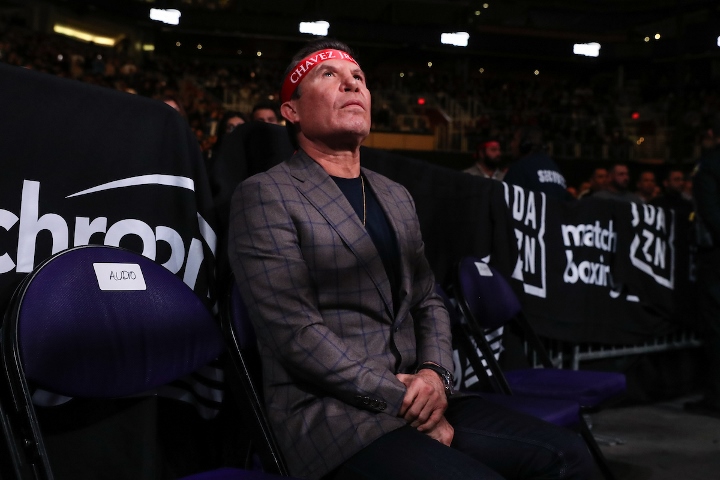 In 1994, Chávez faced Frankie Randall and that fight generated his first defeat as a boxer. Chavez indicates that he was not going to take that fight, and only accepted it for money.

Chávez explained that he defended his title in December of 1993 at the Cuauhtémoc stadium and the fight against Randall was a very quick turnaround – taking place in January of 1994.

“I had a very advanced addiction [at that point], I no longer prepared the same, I no longer trained the same; I knew that defeat would come sooner than later,” Chavez Sr. declared, adding that they convinced him to move forward with millions of dollars.

Chávez states that he only trained for two weeks for his first fight against Randall.

After the defeat, Chávez assured that it was one of the saddest days of his career, because he saw himself as being very “ungrateful” with the public, because in Culiacán they embraced him as a hero.

“Having 90 fights and being undefeated, almost 15 years without a loss… it was something very sad [when that defeat came], very painful, but I could no longer live with myself, I was very lost. I already had a lot of problems with my wife, with addiction,” Chavez Sr. said.

As a professional, Chávez ended his career with 115 fights, of which he won 107, 85 by knockout, two draws and six defeats.