Jono Carroll remains in search of an elusive major title and plans to approach every fight as if such a prize is at stake.

It helps that the 28-year old Dubliner is coming off of a career-best win against a former champ heading into his next ring adventure. Carroll will face Yorkshire’s Maxi Hughes (20-5-2, 4KOs) in a 10-round junior lightweight bout atop MTK Global’s first MTK Fight Night card since the start of the ongoing coronavirus (COVID-19) pandemic, which takes place August 12 at Production Park Studios in Wakefield, England.

The event—and the series as a whole for the time being—will air live on ESPN+ and IFL TV from behind closed doors, in compliance with COVID-19 protocol.

“It’s going to just be me and him in the ring, so I don’t see it being that different with no fans,” insists Carroll (18-1-1, 4KOs), who has won two straight since a 12-round loss to then IBF junior lightweight titlist Tevin Farmer last March in the United States. “I have tunnel vision when I fight and I don’t hear the crowd, I only hear my coach Albert’s voice. 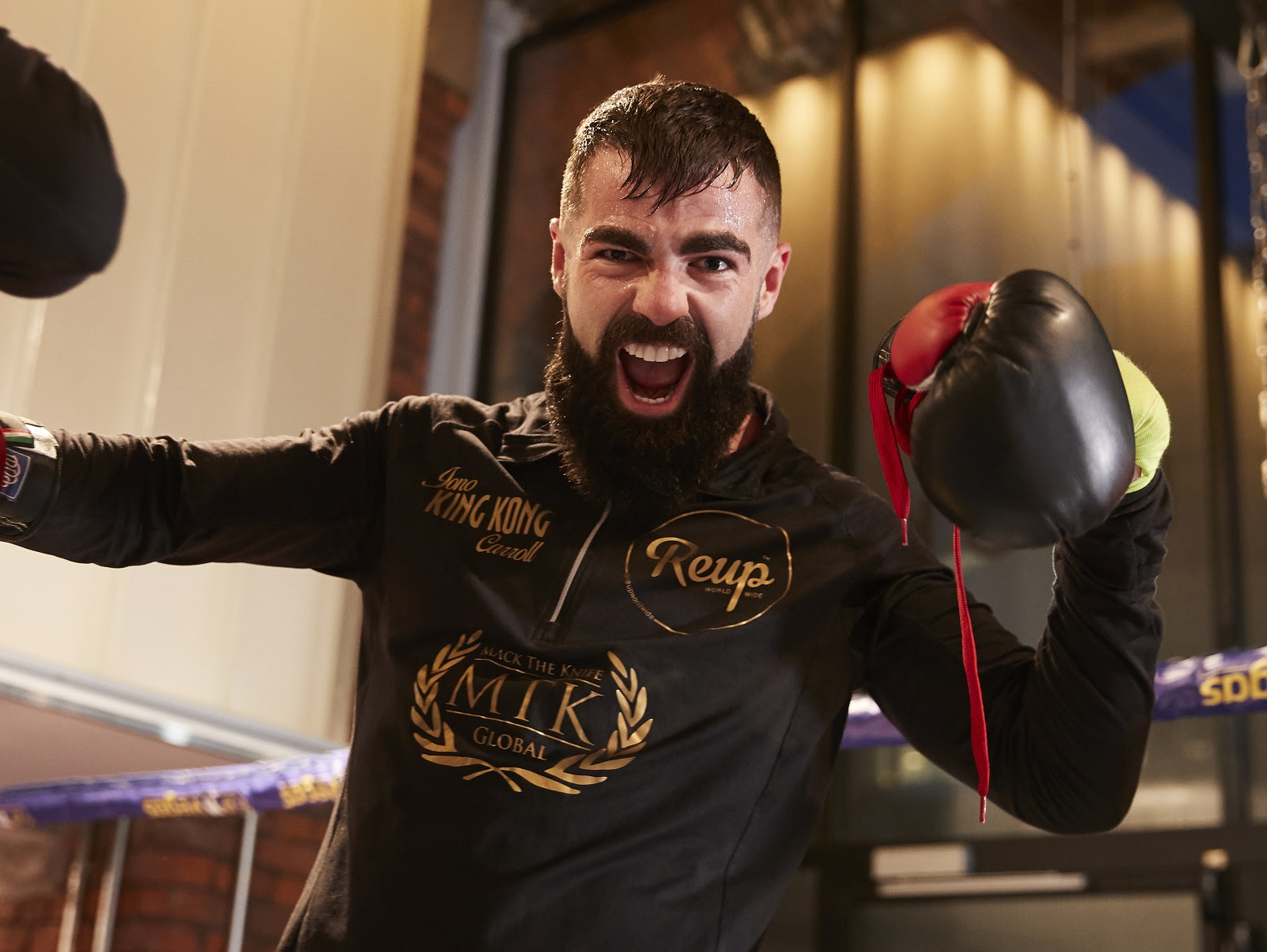 “There’s going to be some strange aspects for sure, but it won’t bother me. I usually feed off the energy of the crowd during the ring walk so it takes that excitement away, but I’m there to do a job and I’m going to take care of it.”

Carroll enters the fight on the heels of an 11th round stoppage over former 122-pound titlist Scott Quigg this past March. The win came nearly one year to the day of his hard-fought defeat to Farmer on the road in Philadelphia, Pennsylvania. The lone loss of his career came three months after being held to a disappointing draw by France’s Guillaume Frenois in their December 2018 title eliminator.

The clash with Hughes will mark the fourth straight bout where Carroll enters the home region of his opponent. Five months after losing to Farmer in his hometown, Carroll traveled to Mexico to outpoint local journeyman Eleazar Valenzuela last August before bumping off Quigg in Manchester, mere miles from Quigg’s hometown of Manchester, England.

Such a journey is essential to Carroll’s preparation to return to the major title stage, especially in a 130-pound division where all of the major titlists are based in The Americas. In that sense, every fight leading up to that point becomes a live audition.

“Every fight is like snakes and ladders, so it’s very important I treat them all as a world title fight,” vows Carroll. “I want to go in there and put on a good display that makes a statement, and show that I’m still learning and improving in every bout.”