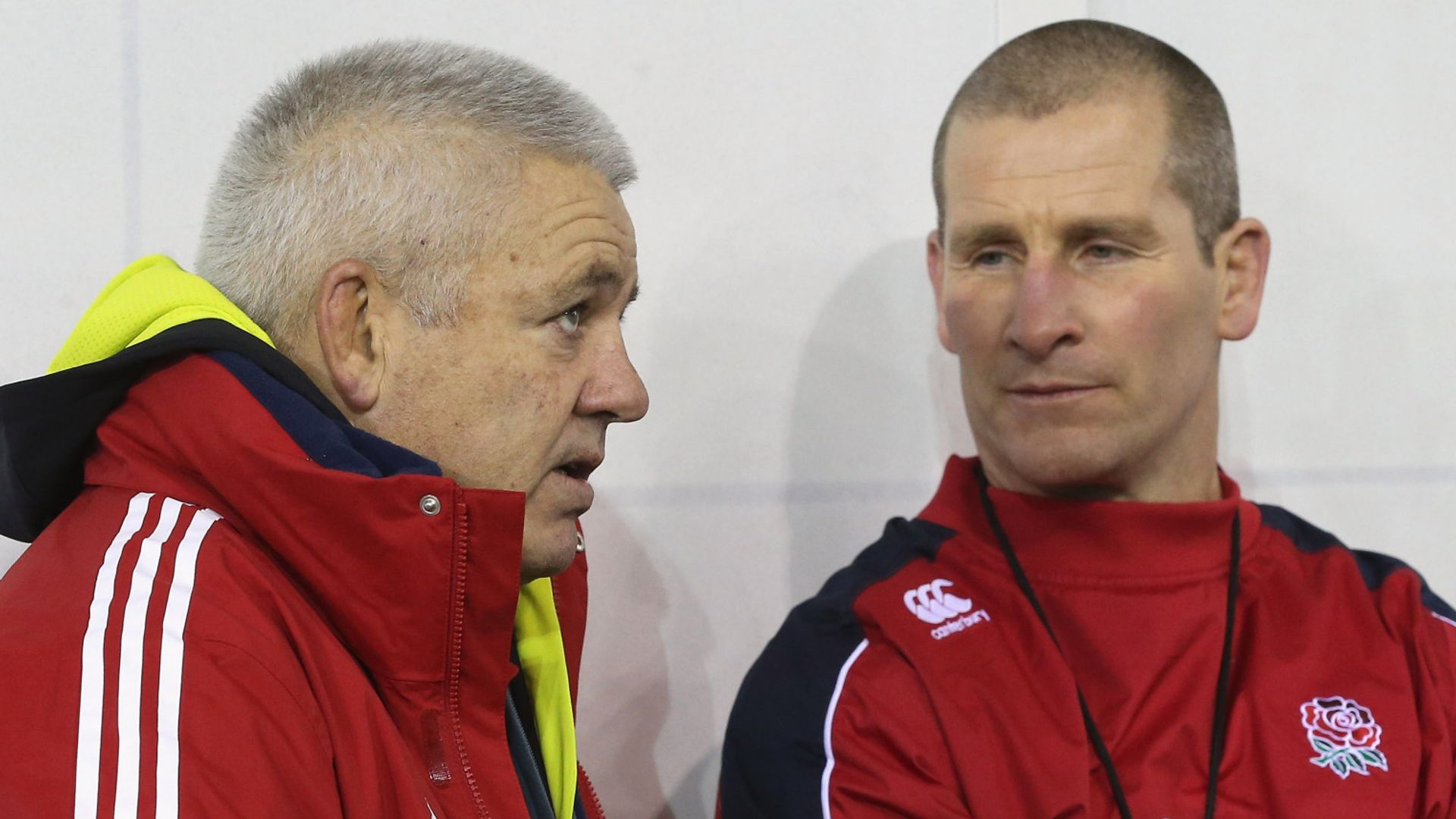 Gatland on picking Saracens players: “I don’t really have any concerns and worries about what state they’re going to be in, because I think they’re going to get enough top-level rugby before the tour”

Warren Gatland says he has spoken to Stuart Lancaster about next year’s Lions tour, but he is also planning talks with “a number of other people”.

The 2021 tour to take on the world champions will be Gatland’s first to South Africa as Lions head coach, but his third overall after leading a 2-1 victory over the Wallabies in 2013 and a 1-1 series draw with the All Blacks in 2017.

Speaking on the Will Greenwood podcast on Monday, Gatland confirmed he has had discussions with former England coach Lancaster about next year’s tour, but added that it will be one of several conversations he holds before selecting his assistant coaches.

“I’ve spoken to Stuart and we’ve had a couple of conversations,” Gatland told Will Greenwood and Rupert Cox.

“I think you’ve got to take your hat off to Stuart. He finished with England, then he’s gone away and he’s done some professional development; gone around and looked at other sports, and then he’s taken up this role with Leinster.

“There’s definitely for him a lot of things that he would have learned from that experience.

“There’s no doubt what he’s done and the impact that he’s had since his time with Leinster. He’d say that he’s definitely improved as a coach and I have a huge amount of respect for him.

“We met before the last tour and he spoke to me about his opinions on the Leinster players and the Irish players and gave me an insight into them and I appreciated that.

“He’s definitely one person that I’ve spoken to and had a couple of conversations with him, but there’s a number of other people that I’ll be looking to talk to.

“The first step is to get clarity from unions and the bosses and then potentially club CEOs about who is available, who isn’t available.

“If you weren’t picking someone from an international setup and you were looking at someone from a club setup, then you’ve got to look at what’s their availability in terms of that timing of the year and they’ve got club games on and you’ve got selection meetings and all those sorts of things.

“So there’s a lot of things, a huge number of things to consider, and hopefully in the next couple of months we will be able to put all that together.”

In 2017, Howley and Farrell retained their positions while Steve Borthwick was appointed forwards coach and Rowntree looked after the Lions scrum. Gatland said that continuity is key when it comes to coaching the Lions, and that would factor heavily when picking his staff for next year.

“One of the things that I’ve found really, really important is that, yes, you want to make a few changes and you want to bring some new faces and new voices in, but you don’t want a clean sweep,” Gatland said.

“You want to have some continuity because things happen pretty quickly, you have limited time in terms of preparation.

“You don’t want to go into a Lion’s tour and try and reinvent the wheel. Having some continuity with support staff and coaches that have been there and understand the complexities and how tough it is – that makes a big difference.

“That’s definitely something that I’ve found from 2009 to now, is having that continuity with a number of individuals makes getting up to speed a heck of a lot easier than bringing a whole new group of people that haven’t worked together with each other before, because that time, that preparation leading into those first games and leading into the Test matches is very, very limited.”

‘Saracens will be refreshed for Lions tour’

Gatland also gave assurances to the Saracens players such as Maro Itoje, Owen Farrell and Billy Vunipola that taking part in the Championship next year following their relegation will not have a negative impact on their Lions prospects.

“I’ve spoken to Mark McCall [Saracens director of rugby] as well, and he’s very supportive of the Lions and how he can facilitate to get his players involved,” Gatland said.

“We understand that maybe playing in the Championship is not going to be quite the same level, but hopefully those players are going to get a significant amount of international rugby between now and the tour.

“And if you look at them, a lot of them are pretty experienced and pretty seasoned campaigners as well.

“Maybe the positive thing about the Saracens players is they’re going to play some Test matches, they’re going to be playing some Championship matches, but they’re going to come on tour really refreshed and really excited and probably maybe in better shape than a lot of other players because they haven’t had quite the same level of intensity.

“I’m just speculating about that at the moment. It’s just a matter of wait and see.

“It’s not as if those players aren’t experienced or haven’t achieved at the highest level, and a lot of them who have been involved with England or been on previous Lions tours have been very much at the top of the game.

“And then obviously, when we do go on tour, they’ve got those games leading into the Test matches that hopefully, you know, if they haven’t had a month of high-level rugby, that gets them up to speed pretty quickly.”