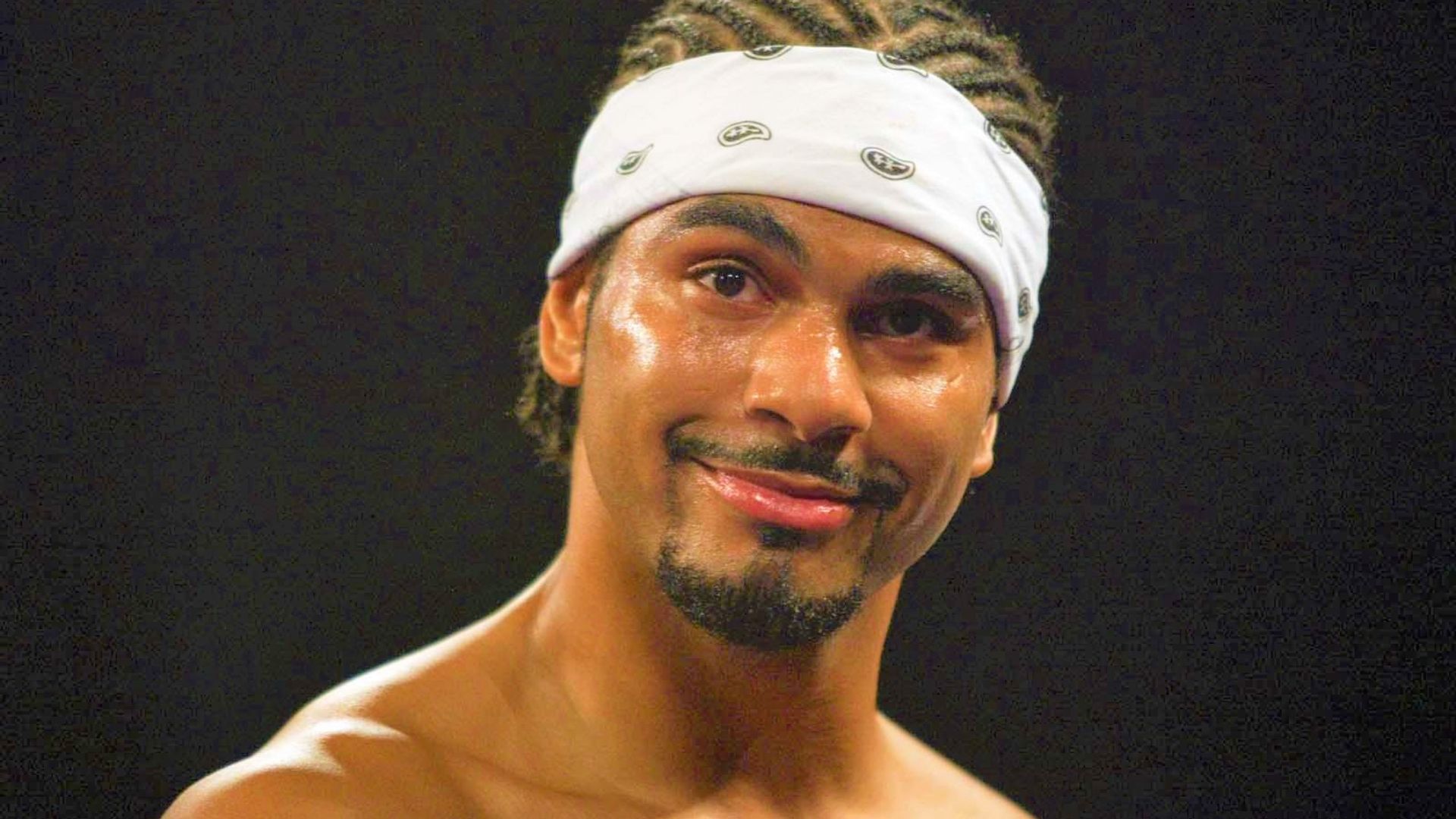 “The crowd was very quiet. Me myself, I knew now the fight is over.”

The brash, flashy Londoner had shown off his trademark ‘Hayemaker’ punch at glitzy venues in Miami Beach and the Playboy Mansion, a fitting location for his model looks, and Mock was picked as the latest fall guy for the cruiserweight contender.

Mock, a much-travelled Congolese fighter, was unaware about a heavily hyped opponent when he arrived for Haye’s seventh bout in Reading in September 2003.

“To be really truthful, I didn’t know anything about David Haye before the fight,” Mock told Sky Sports.

It’s highly likely that Haye knew little or nothing about Mock either, but recognition was earned in a reckless firefight.

“David Haye, he mentioned my name in his book,” said Mock. “I know if David Haye talks to somebody about Lolenga Mock, he remembers.”

Mock had been significantly lighter than Haye on the scales, raising concerns about whether the natural super-middleweight should even receive his chance to withstand the Brit’s whirring fists.

Any lingering fears were dispelled by Mock, who lets out a lengthy laugh while remembering how the stage had been set for Haye to produce another swift demolition.

“By the time David Haye came into the ring, I could see how everybody stood up. Oh s**t, this is going to be a good fight.

“I was thinking, these people don’t know what this boy is going to meet here.”

Haye had swaggered through the opening round, looking cheekily over Mock’s shoulder at a familiar face from ringside before delivering a knockdown with a crisp right hand.

He charged forward in the second round, unloading looping right hands. Haye weaved away from one clubbing right, slipped another. Haye was too skilled, too savvy.

“If I catch him, the game is over,” was the simple message from Mock.

It nearly worked. A short, sharp right sent Haye toppling forwards with one minute left of the round. Mock had found the range for his most hurtful punch and waited for the fight to be waved off.

“The crowd was very quiet. Me myself, I knew now the fight is over.”

But it wasn’t and Haye rose unsteadily. Mock swung with savage intent once more, only for Haye to desperately drag him to the canvas as their limbs became entangled. Haye’s swagger had now been replaced by an ungainly stagger.

Three minutes later and Haye grinned for the cameras in the corner after regaining his smooth footwork and reflexes in a calmer third round.

A few minutes more and the fight was over. Mock had appeared the more likely winner when Haye’s defences nearly unravelled by the ropes, but a perfectly placed counter punch prompted the end.

“It was a very clean uppercut,” admitted Mock. “Yes, I went down, but I was ready to continue.

“I went down to get some more time, to breathe in, to recover. I was very surprised to see the referee stop the fight.”

Ring official Mark Green waved his arms, signalling an unsatisfactory finish with Mock back on his feet, and even the relieved Haye felt the fight should have been allowed to continue.

“If it was up to me the fight would have carried on,” Haye told the BBC.

“His eyes looked as clear as mine were when I was knocked down. It was a good scrap – I enjoyed it.”

Haye’s fondness for a wild shootout would be his undoing a year later when the 23-year-old was dropped and stopped by Carl Thompson.

Mock never returned to Britain for another fight, despite being mobbed in the dressing room and recognised by new-found fans at the airport.

But he did bring a European title back to his adopted Denmark home and former world champion Charles Brewer entered retirement after a punishing defeat at the hands of ‘Lumumba Boy’, who stepped in as a replacement on two days’ notice.

Even as his age creeps towards 50, Mock still toughens his body with a regular gym session, which delayed his appointment to reminisce about how he so nearly took Haye’s unbeaten record.

Mock may have been denied a famous triumph over the former heavyweight and cruiserweight world champion, but he still yearns for one more fight, one more night to unload that destructive right hand on an unsuspecting big-name.

“Remember Lolenga Mock, someone who will never give up.”

Klopp on transfers: ‘I cannot spend the money’