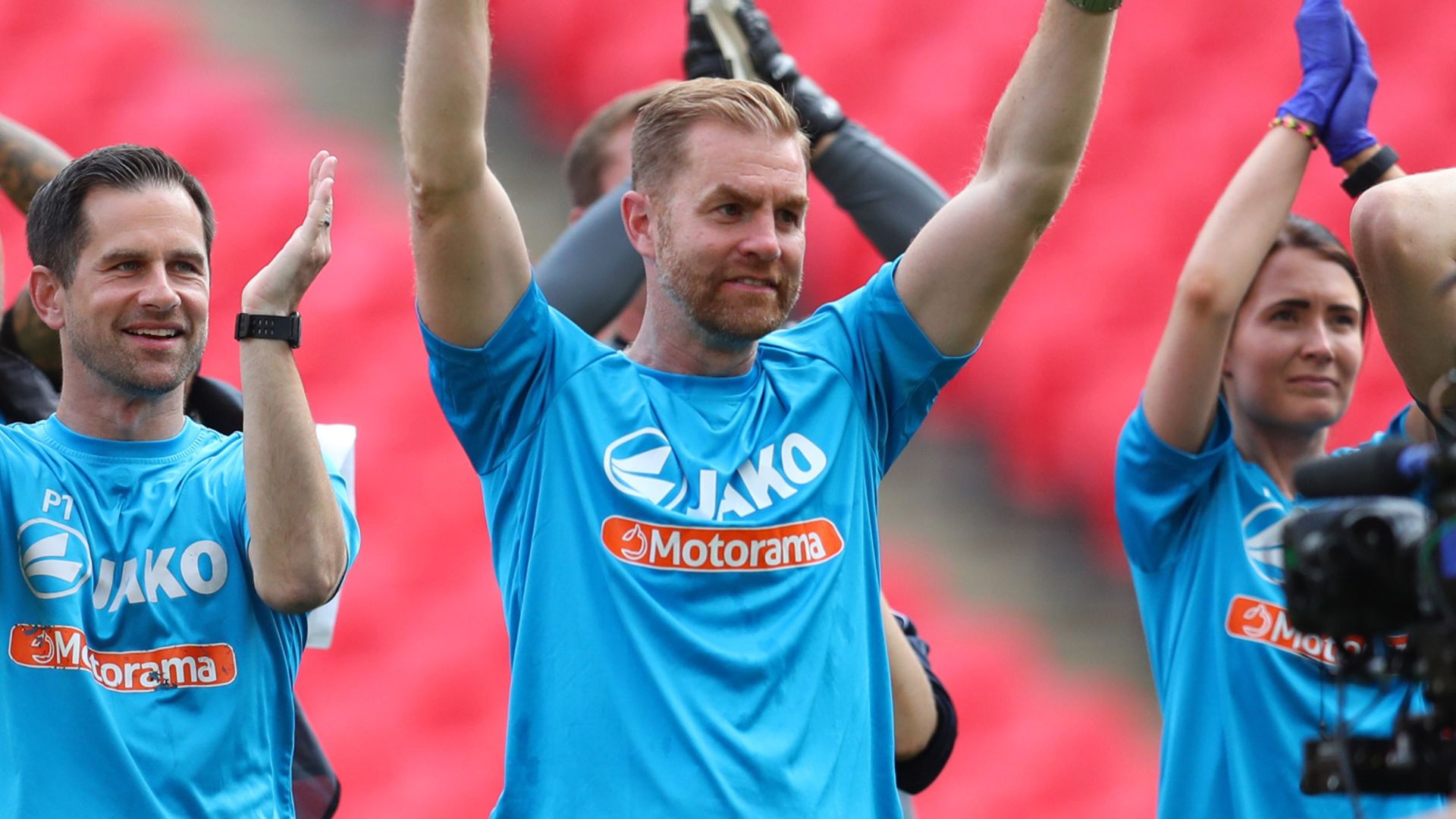 Simon Weaver: “He knows everything about the club and after a while of talking, I’ll say, ‘how’s it going with you with England?’”

Harrogate Town manager Simon Weaver says he feels ‘honoured’ after receiving congratulations from England boss Gareth Southgate after the club secured promotion to the Football League for the first time in their 106-year history.

The North Yorkshire side beat Notts County 3-1 at Wembley on Sunday in the National League play-off final to join Barrow in earning a place in Sky Bet League Two next season.

Southgate and his family live in Harrogate and the former Crystal Palace, Aston Villa and Middlesbrough defender has shown himself to be knowledgeable about the Sulphurites during his conversations with Weaver.

“He’s been in and around Harrogate for some time and we’ve bumped into each other a few times,” Weaver told Sky Sports News.

“He knows everything about the club and after a while of talking, I’ll say, ‘how’s it going with you with England?’

“He sent me a text last night and I said to my wife, ‘Gareth Southgate just texted me. I’ll get back to him probably tomorrow!’

“It’s an honour [that he is interested], it’s brilliant.”

Harrogate striker Jon Stead, who was a Notts County player until just over a year ago and came off the bench in the second half at Wembley, admits he has been impressed with the attractive style of play preferred by Weaver.

Stead said: “We’ve got a good style of play, we’re decent to watch. I’ve seen a lot of clubs over the last 10 years and we have a decent, attractive style of football and one that’s effective.

“Well get ready, because we’re in the Football League now.”