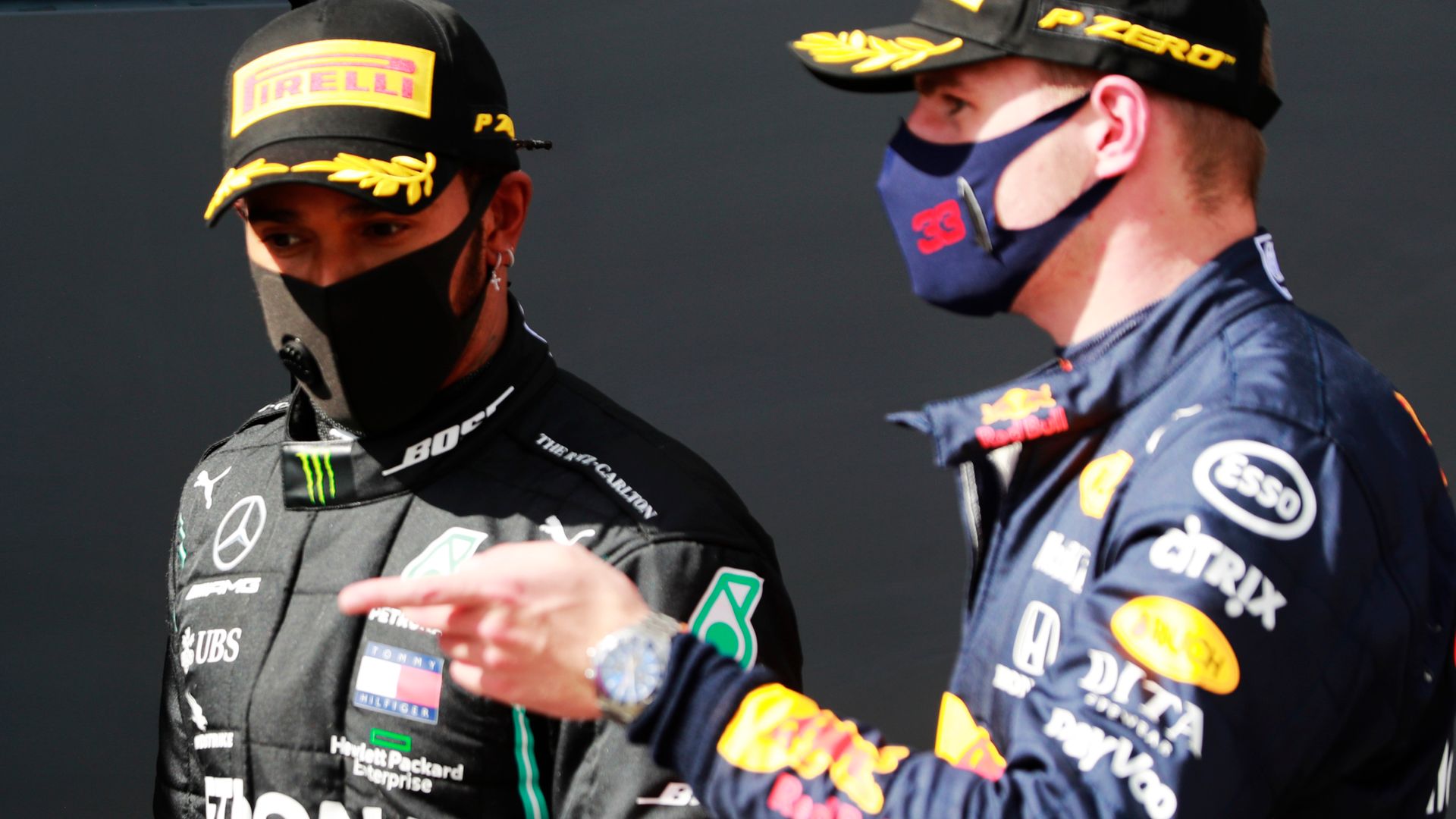 “I’ve grown up [with] wheel-to-wheel racing, that’s what has always excited me, and that’s what gets me up in the morning.”

Lewis Hamilton says he would trade Mercedes’ early F1 2020 dominance for “super-close battles” with Max Verstappen and Charles Leclerc, who he hopes can start to challenge him again as soon as possible.

Verstappen and Leclerc, two of F1’s fast young stars, joined Hamilton on the podium at the British GP but only moved up a place each after Valtteri Bottas’ late puncture. Before that, Mercedes – who have now won all four races to start the season – were once again streaking clear of their rivals.

Hamilton is 30 points clear in the championship thanks to closest rival Bottas’ woe, which could be crucial with Verstappen (36 points behind) and Leclerc (55 points behind) seemingly not in title contention.

But the six-time F1 champion insists he would love to be fighting wheel-to-wheel with the Red Bull and Ferrari drivers, as he did last season.

“Honestly, look, I’m a through-and-through racer at heart,” said Hamilton after hanging on to victory at Silverstone. “I’ve grown up – particularly when you’re in karting – you’ve got the wheel-to-wheel racing, that’s what has always excited me, and that’s what gets me up in the morning.

“This is not the championship fight I would have hoped for. I’d much, much prefer to be having a super-close battle with these two [Verstappen and Leclerc] because that’s what gets me going.

“I think I’m still putting in the laps that are required but it’s not a close battle with Max in qualifying and the same with Charles.”

Sunday was the first time this season that F1’s usual ‘Big Three’ teams formed the top three positions. While Red Bull are Mercedes’ biggest 2020 rivals – but nowhere near as close as they expected – Ferrari have dropped back and are already conceding that wins may not be possible until 2022.

That is when F1’s next major rules and car overhaul takes place.

“I really, really hope that in future it’s closer,” added Hamilton. “It’s rules. Ultimately every team is given rules and at the end of the day we’ve just done an exceptional job collectively and you can’t fault my team for that. That’s not our fault.

“You have to look at the people that run the sport doing a better job moving forwards, I would say, ruling-wise. I think they’re showing some signs… I think Ross [Brawn, F1 managing director] is showing us a car for the future that’s going to have us all closer.

“Hopefully it’s not as slow as a GP2 car, and then hopefully we’ll get some more-like karting races in the future.”

Verstappen and Leclerc, meanwhile, were asked if anybody could catch Hamilton in the championship.

Leclerc: “No. I think the guy that has some chances is Valtteri – but that’s it.”