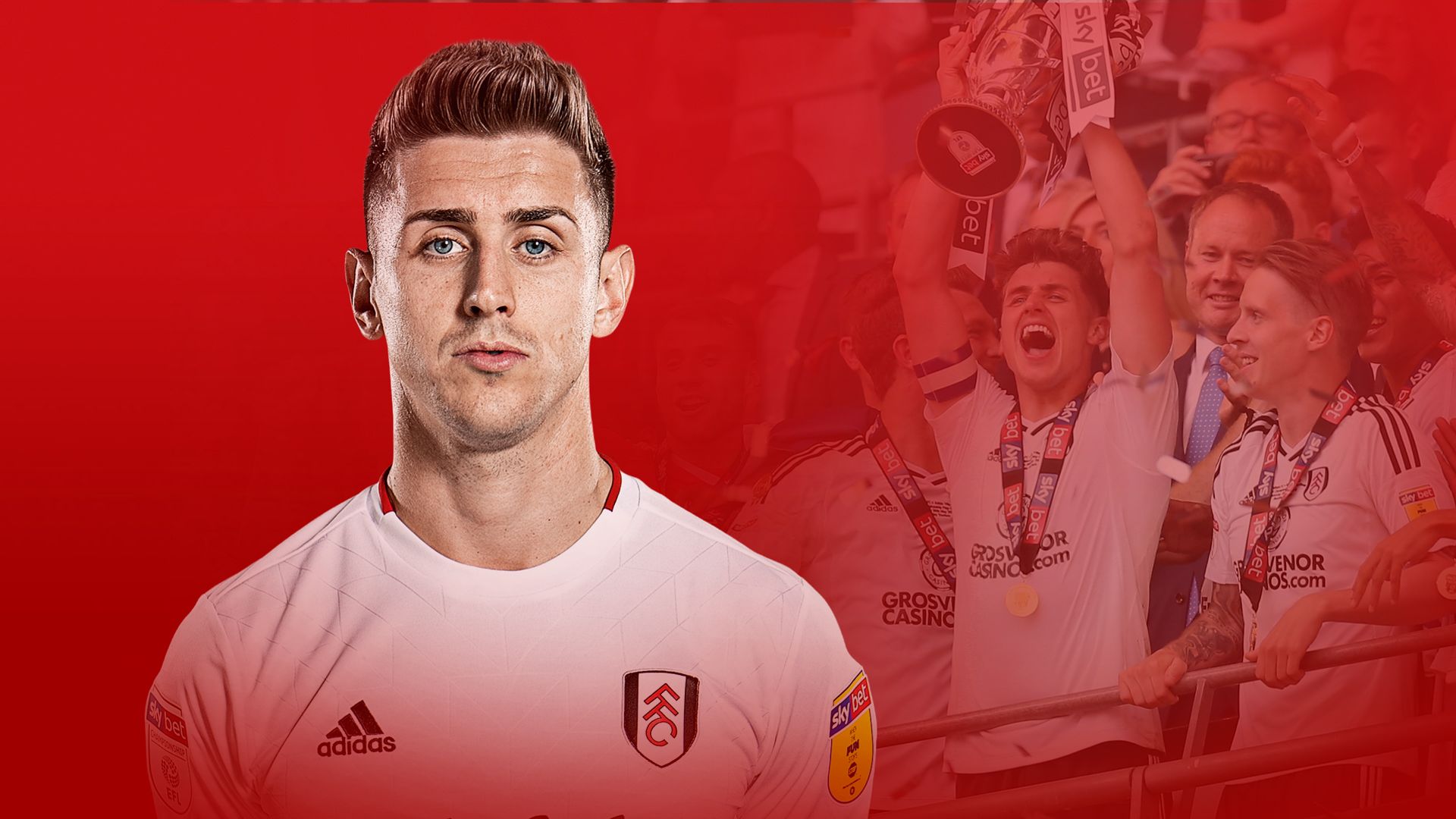 Watch Brentford vs Fulham in the Championship play-off final from 7pm on Tuesday; Kick off 7.45pm

Stefan Johansen sprayed a pass forward to 18-year-old Ryan Sessegnon who, after a heavy touch, recovered the ball, rode Conor Hourihane’s slide tackle, steadied himself and guided it through to Tom Cairney.

The Fulham captain ghosted into the penalty area with a late dash, opened up his body and, with one careful touch from his left boot, rolled a smooth yet deadly shot beyond Sam Johnstone and into the bottom left corner.

No less than 67 minutes remained on the clock after the ball hit the net, but with no answer from Aston Villa, it was the goal that sent the Cottagers back to the Premier League after four seasons away.

“That was the best day of my career,” Cairney tells Sky Sports. “Everything about it was perfect: the weather, the pitch, the way we played – especially in the first half – and scoring the winner and lifting the trophy. You couldn’t really write it.”

On Tuesday, 801 days later, he has the chance to repeat the feat when Scott Parker’s men face off against west London neighbours Brentford in their second Championship play-off final in the last three campaigns.

With late stumbles for both the Bees and West Brom, the possibility of achieving automatic promotion had come right down to the final evening of the regular season but having drawn 1-1 with troubled Wigan, a miniscule level of optimism was dashed when the Baggies took a point of their own from a 2-2 draw with QPR.

That set up a play-off semi-final date with Cardiff and, after a comfortable 2-0 victory in the first leg in South Wales, they were pushed to the limit by Neil Harris’ side, who won the return leg 2-1 on the night, yet struggled to muster the aggregate equaliser that would’ve forced extra time.

The mood at Craven Cottage was solemn after the final whistle; there were no jubilant scenes as there had been when Brentford secured a Wembley berth a night earlier; Parker himself looked somewhat downbeat as he deconstructed the night’s action on Sky Sports Football.

“It has just about sunk in,” he continued. “It was a weird feeling after the game, not having the fans to bounce off of and the celebrations were a lot different this time, compared to two years ago. Everyone would be on such a buzz to go and watch or play there. It’s a strange feeling [playing behind closed doors], but I think we’ve become more accustomed to it as the games have gone on.

“We had a bit of a chat and the manager said to us to look at how far we’ve come. We were relegated out of the Premier League last year and used to a losing environment, but to turn that around so quickly is a credit to the manager, the staff and the players as well.

Not only does reaching Wembley represent an admirable recovery from the squad to bounce back to the top flight at the first attempt, it rounds off an eye-catching first full season in charge for Parker, who took over from Claudio Ranieri in February 2019, with the club miserably lingering in the Premier League relegation zone.

Just three years ago, Parker and Cairney were team-mates with the shared ambition of helping Fulham overcome their struggles in the Championship. There has been a change in the hierarchy since, but the focus has not changed.

“We knew he [Parker] was going to go into coaching and be a manager because he’s that type of person. He’s got a good presence when he walks into a room, has everyone’s respect and he doesn’t change day-to-day. Win, lose or draw, it’s the same mentality. He’s a massive driving force and I think he deserves a lot of credit.

“He’s a young British manager with, arguably, one of the strongest squads in the Championship and to do what he’s done in his first season has been a big achievement. I think the footballing community needs to get behind managers like this and push them forward because he’s from the generation of Terry, Lampard, Gerrard, Campbell. That era of quality British players that we had are giving their knowledge back.

“We want to do it for him, 100 per cent. You want to pay back the faith he’s shown. If he does get promotion in his first season, I don’t know how many people have done that, but it will be some achievement.”

Standing in the way is a young Brentford team riding high after their spirited semi-final comeback against Swansea in the final game at Griffin Park last week. Thomas Frank’s men ran out winners in both of the league meetings between the two across this season, but Cairney believes experience on the big stage may give his side the vital edge.

“When we played Villa two years ago, they had the experience and all the players who’d been there before and we didn’t. Hopefully the experience of the mental side of the game rather than the physical can help us get the better of them. I think that’s where experience comes in reading situations and not letting the occasion get to you. I like to think that in those moments we’d hopefully come out on top.

“I don’t think we’ll need to remind ourselves of what’s at stake, but I think it will be strange in such a big arena with no fans. It’s strange enough at the Cottage but to play in a 90,000 seater stadium with no one in it will be a little bit surreal. We’ll have to get to grips with that and then hopefully play our stuff.”