Nathan Bennett may well have lost his second fight as a professional –– but his stock has undoubtedly risen.

The super-lightweight, from Liverpool, was knocked out on Saturday night, exclusively live on Sky Sports and DAZN.

Bennett, 27, was taking on Dalton Smith in what was his 11th fight, as part of the first instalment of Fight Camp at Matchroom Boxing’s Brentwood headquarters. 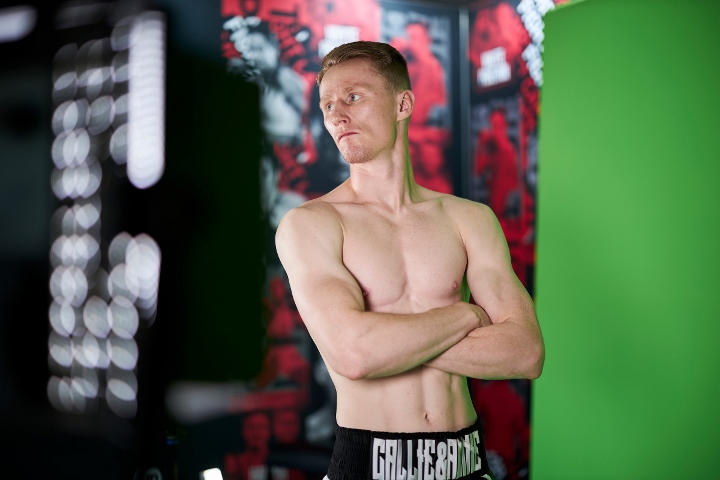 And though Sheffield’s Smith, who moved on to six fights unbeaten with the sensational fifth-round finish, ensured Bennett didn’t see the final bell after unleashing a powerful right hand to the head, Eddie Hearn, the Matchroom Boxing head honcho, is keen to have Bennett back when the time is right.

“I think I need to say a big well done to Nathan Bennett,” Hearn told iFL TV afterwards. “Huge credit to him. He came in and got himself into great shape and I keep saying to people that if you’re on this stage and you give it your all by putting in great performances, you’ll be back.”

Bennett revealed in the aftermath of his defeat that he suffered a broken jaw at the end of the first round.

“It is what it is didn’t go my way,” he wrote on social media. [I] broke my jaw [at] the end of the first round but got beat by a better man.”

Bennett, who is managed by Steve Wood, is keen to get back on the big stage sooner rather than later after some “quality time” with partner Jodie and two “beautiful” kids Callie and Annie, believes he will be stronger for the experience.

And Hearn, who said that the first instalment was “f—ing unbelievable”, concurs.

He added: “Nathan Bennett, you will be back on our shows, mate. I would love to have you back. Go and get yourself a win and then you can come back in a big fight on our show.”