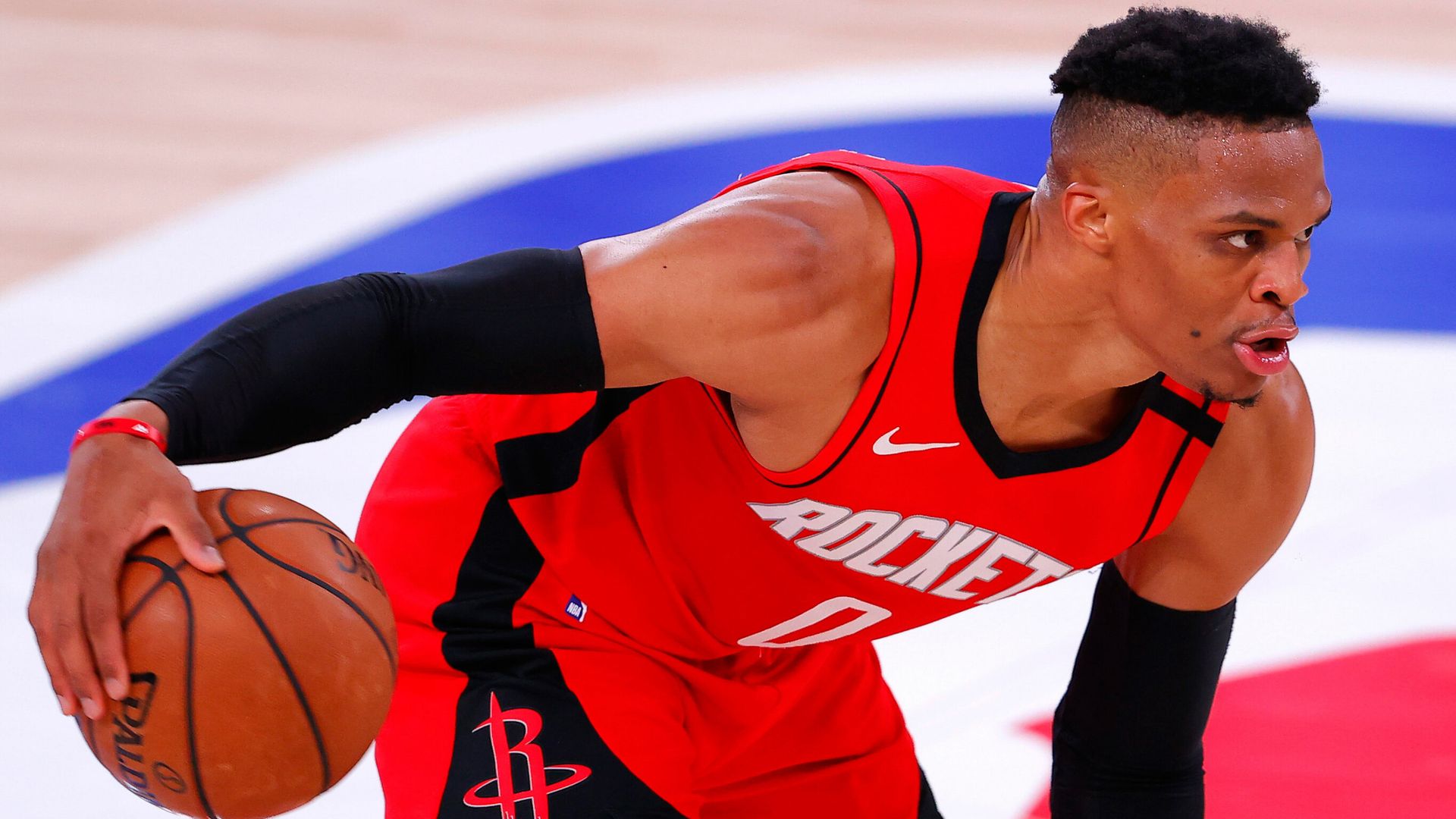 Westbrook scored a team-high 31 points while adding eight assists, and his clutch effort at the charity stripe enabled the Rockets (42-24) to outlast the Bucks (54-13) down a back-and-forth closing stretch. Danuel House Jr converted two free throws with 14 seconds left as the Rockets finished 27-of-31 from the line.

Giannis Antetokounmpo supplied 36 points, 18 rebounds and eight assists for his 15th 30-15-5 game this season while Khris Middleton (27 points, 12 rebounds) and Brook Lopez (23 points, 12 rebounds) posted double-doubles for the Bucks, who ended the game with a 65-36 rebounding advantage and limited the Rockets to 34.4 per cent (21-of-61) shooting from behind the three-point line yet lost the game.

Milwaukee did commit 23 turnovers – including a bad pass by Antetokounmpo that House picked off prior to his clinching free throws – which the Rockets converted into 30 points in the victory.

James Harden offset a poor shooting performance (5-for-14) with seven rebounds, seven assists and a game-high six steals to complement his 24 points. House produced 16 points while Robert Covington chipped in 15 points, seven rebounds and three steals for the Rockets.

Jayson Tatum scored a game-high 34 points and Jaylen Brown added 30, leading the Boston Celtics to a 128-124 win over the Portland Trail Blazers in an NBA restart game at The Arena.

Brown scored 22 points in the second half, including a three-pointer with 32.3 seconds left that stretched Boston’s lead to 125-119, sinking Portland.

Gordon Hayward added 22 points for Boston, going 4-for-5 on three-pointers. He had six of his points in the final two minutes, making his only field goal try and going 4-for-4 at the foul line.

Damian Lillard and Jusuf Nurkic led Portland with 30 points each. Lillard, who added a season-high and game-high 16 assists, scored 22 of his points after halftime. Nurkic added a game-high nine rebounds.

Blazers reserve Gary Trent made 7-of-11 of his three-pointers as the Blazers rallied from a 24-point second-half deficit to take a fourth-quarter lead. Still, it wasn’t enough to prevent a potentially devastating loss for the Blazers.

The Celtics fought back, with the game seeing four more ties and five lead changes before the final buzzer. Portland trailed by three points with three seconds left following Hayward’s final two free throws when Nurkic turned the ball over while attempting a long in-bounds pass. A free throw by Tatum then iced the game.

DeMar DeRozan hit a pair of free throws with one second to play enabilng the San Antonio Spurs to beat the Memphis Grizzlies 108-106 in a key Western Conference seeding game at the Visa Athletic Center.

Memphis trailed by as many as 11 points midway through the fourth quarter but tied the game at 106 on a Jaren Jackson Jr three-pointer with 10.6 seconds to play. DeRozan then drew a foul on Dillon Brooks at the offensive end and canned both shots from the charity stripe.

After a timeout, another Jackson Jr three-pointer missed, allowing San Antonio to hold on for their second successive seeding game win.

The victory allowed San Antonio (29-36) to pull to within two games of the eighth-place Grizzlies in the standings. The Spurs leapfrogged Portland into ninth place in the West with six games to play. The Spurs must hold that spot in the standings and be within four games of Memphis at the end of the seeding games to clinch a spot in the play-in tournament at season’s end.

Devin Booker’s 30 points helped the Phoenix Suns come back from a 15-point deficit and stun the playoff-bound Dallas Mavericks 117-115 at the VISA Athletic Center.

The Suns (28-39) moved to within four games of the eighth playoff spot. Cameron Johnson added 19 points and 12 rebounds, and Ricky Rubio tallied 20 points and nine rebounds for Phoenix, who are 2-0 in the NBA restart.

The Mavericks still managed to clinch a playoff spot with the current eighth-seed Memphis Grizzlies’ loss earlier in the day.

Kristaps Porzingis missed a potential go-ahead three-pointer with four seconds left, but the Mavericks got one more chance. They couldn’t get a shot off before the final buzzer, however.

Terrence Ross scored 25 points off the bench and Nikola Vucevic posted a double-double of 23 points and 11 rebounds as the Orlando Magic cruised past the Sacramento Kings, 132-116.

The Magic (32-35) maintained their half-game lead for the Eastern Conference’s No 7 seed with a commanding performance against the Kings (28-38).

Orlando jumped ahead early and extended their lead to double-digits in the first quarter behind Markelle Fultz, who scored nine of his 14 points in the opening 12 minutes, including a three-quarter-court buzzer-beater.

Orlando faced little resistance amid their three-point barrage, growing their lead to as many as 36 points in the third quarter. Sacramento had a balanced scoring effort with seven Kings scoring in double-figures. Beyond Harry Giles III’s 23 points off the bench, however, no one posted more than the 13 points De’Aaron Fox registered.

The Magic came into the season restart as the lowest point-per-game scoring offense of the 22 teams in the Orlando-area bubble. Through their first two seeding games, they have scored 260 points.

Caris LeVert scored 34 points as the host Brooklyn Nets made all the plays down the stretch and recorded a pivotal 118-110 victory over the Washington Wizards at HP Field House.

The Nets (31-35) moved seven games ahead Washington (24-42) in the Eastern Conference. Should the eighth and ninth seeds finish within four games of each other, there will a play-in game.

LeVert helped the Nets close out the game with an 18-10 run over the final five-plus minutes. The game was tied at 100-100 on a hoop by Washington’s Jerome Robinson with 5:27 remaining but LeVert asserted his will down the stretch.

LeVert gave the Nets lead for good at 102-100 by hitting a lay-up with 5:08 remaining. He hit another jumper and five free throws before clinching matters with a floater in the lane with 49.9 seconds left.

Joe Harris added a season-high 27 on 10-of-13 from the field, Jarrett Allen collected 22 and 15 rebounds while Chris Chiozza contributed 14 points as Brooklyn shot 42.2 per cent from the field.