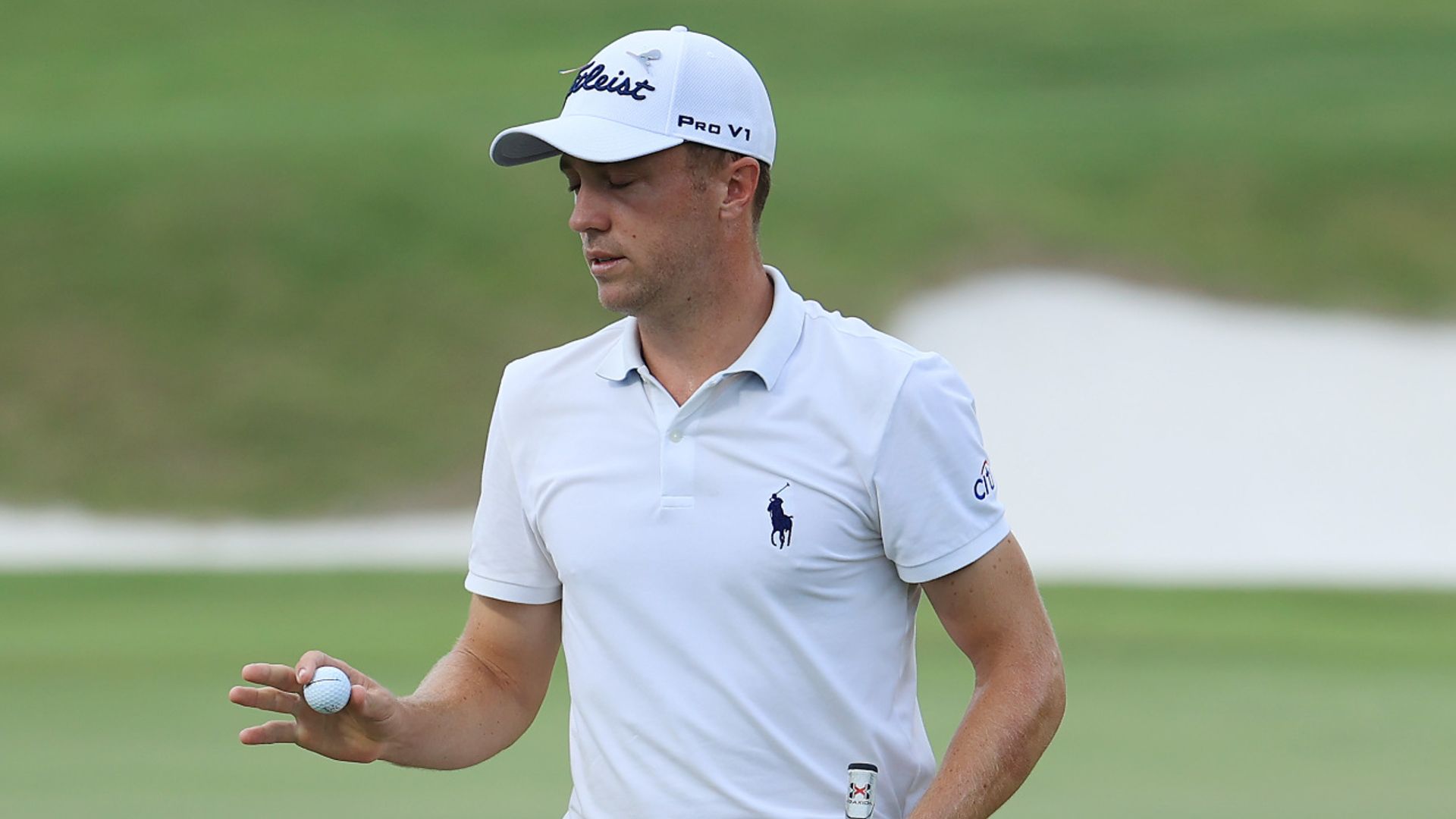 Justin Thomas fired a five-under 65 in the final round to claim a three-shot victory in the WGC-FedEx St Jude Invitational in Memphis.

The 27-year-old American, who will now return to the world No 1 spot, started the day four strokes off the lead in fifth place at TPC Southwind, but edged clear of a packed leaderboard in the closing stages to finish on 13-under 267 to secure his third PGA Tour win of the season and 13th overall.

Defending champion Brooks Koepka made a bold defence of his title and kept the pressure on Thomas until double-bogeying the 18th to slip back into a tie for second place on 10 under.

English duo Tom Lewis and Matt Fitzpatrick both put themselves firmly in contention for victory on the back nine but faded late on, although Lewis had the consolation of finishing joint-second with American trio Koepka, Daniel Berger and Phil Mickelson.

Thomas started strongly with birdies at the second and third and added further gains at the seventh and ninth which lifted him into the lead at 12 under.

A poor second shot into the 12th, which left him with an awkward lie on the downslope of a greenside bunker, cost him a bogey and blew the tournament wide open at the time as he shared the lead with Koepka, Lewis, Berger and overnight-leader Brendon Todd.

Koepka then edged ahead with his third birdie of the day thanks to a superb approach shot at the 13th, but he was quickly overtaken by Thomas as he rode his luck to make back-to-back birdies at the 15th and 16th.

Thomas’ wayward drive to the left on the par-four 15th landed safely on dry land between the water and the out-of-bounds markers and he chipped up to six feet before holing out.

He then drove right at the par-five 16th and hit a tree branch with his second shot but he pitched to tap-in range from there, and he was two clear when Koepka bogeyed the same hole in behind him after hitting his third shot through the green.

There was still time for some late drama, though, as Koepka holed from 40 feet to birdie the 17th as Thomas drove miles right down the 18th.

However, Thomas produced an excellent up-and-down for a par from the right of the green and Koepka’s drive left into the water handed him his second WGC title after his win in the WGC-Bridgestone Invitational in 2018.

Lewis carried on where he left off following his 61 on Saturday as he rattled in five birdies in seven holes from the third to move into a tie for the lead on 11 under.

He made amends for a dropped shot at the 13th with another birdie at the 15th but failed to repeat the trick as he missed a short birdie putt at the 16th.

The 29-year-old then raced his birdie putt past the hole at 17 for a costly bogey before parring the last for a four-under 66 and a share of second place.

Berger bogeyed the 18th as he signed for a 65, while Mickelson’s unusually flawless 67 included birdies at the eighth, 15th and 16th.

Fitzpatrick got himself within one of the lead when he birdied the 16th – his fourth gain of the day – but he followed that with a double-bogey at the 17th as a round of 68 left him in a share of ninth with Ireland’s Shane Lowry, who had a bogey-free 67, Xander Schauffele (66), Jason Day (67), Chez Reavie (67) and Louis Oosthuizen (68).

Todd, who led by one overnight, tumbled down the leaderboard as he failed to make a birdie all day in a five-over 75 which took him back to seven under and into a tie for 15th.

Byeong Hun An and Rickie Fowler were second and third after 54 holes but they also struggled with rounds of 73 to finish on eight under and seven under respectively.

Tommy Fleetwood produced an encouraging final round with a five-under 65 to end up tied for 35th on three under, while Rory McIlroy closed with a 67 for joint-47th on one under.