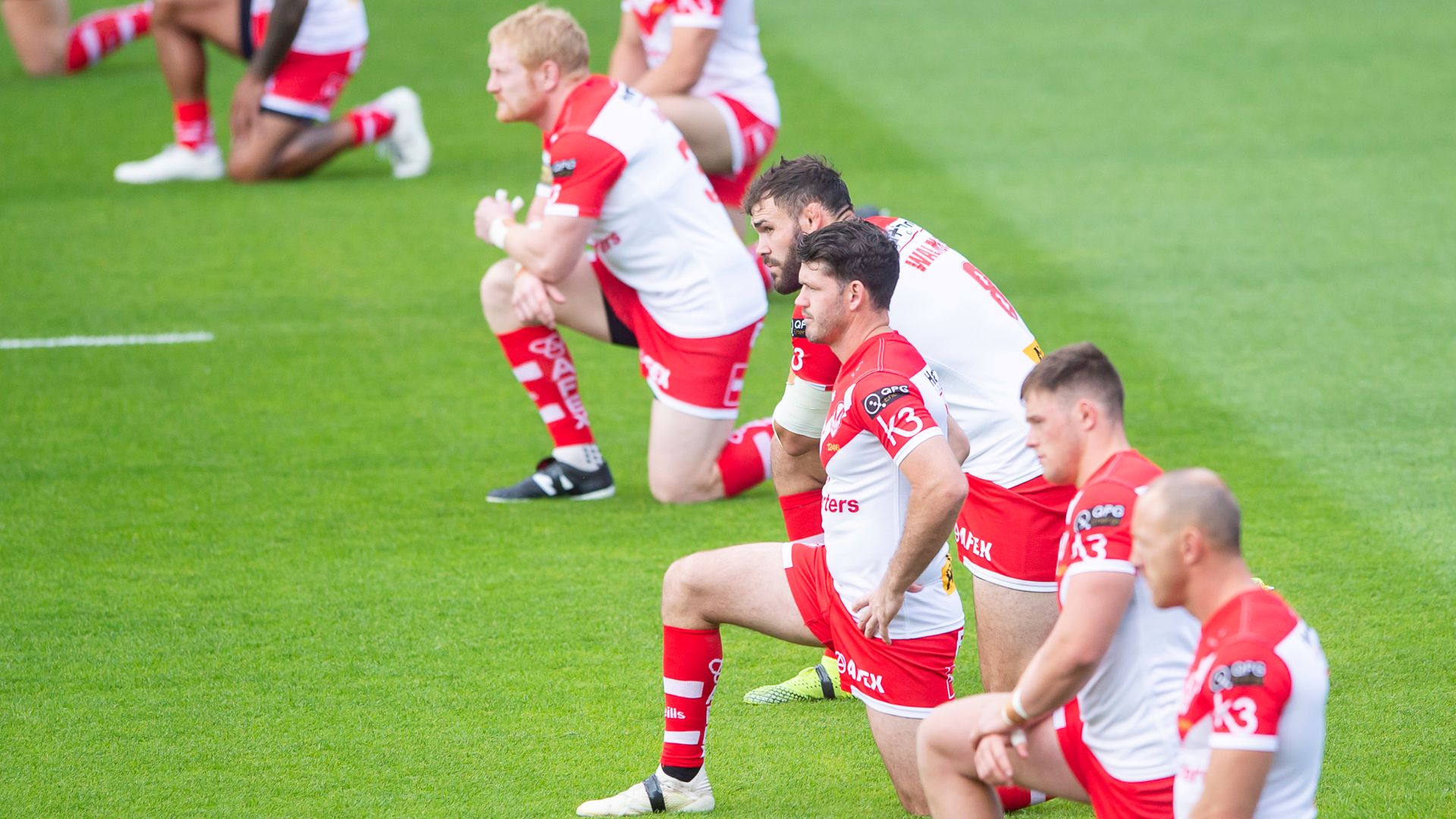 Israel Folau did not join St Helens and Catalans Dragons players in taking a knee before the resumption of Super League action on Sunday.

Officials and players from both sides knelt in a show of support for the Black Lives Matter movement, moments before the Sunday afternoon kick-off at Headingley.

But Folau, who signed a one-year contract extension with Catalans last month, did not take part in the pre-match gesture and remained standing as others around him dropped on one knee.

Former Australia rugby union international Folau reverted back to playing league at the start of this year in the wake of his sacking by Rugby Australia for posting homophobic comments on social media.

St Helens took on Catalans before Leeds Rhinos faced Huddersfield Giants in the first round of Super League matches since rugby league was suspended in March due to the coronavirus outbreak.