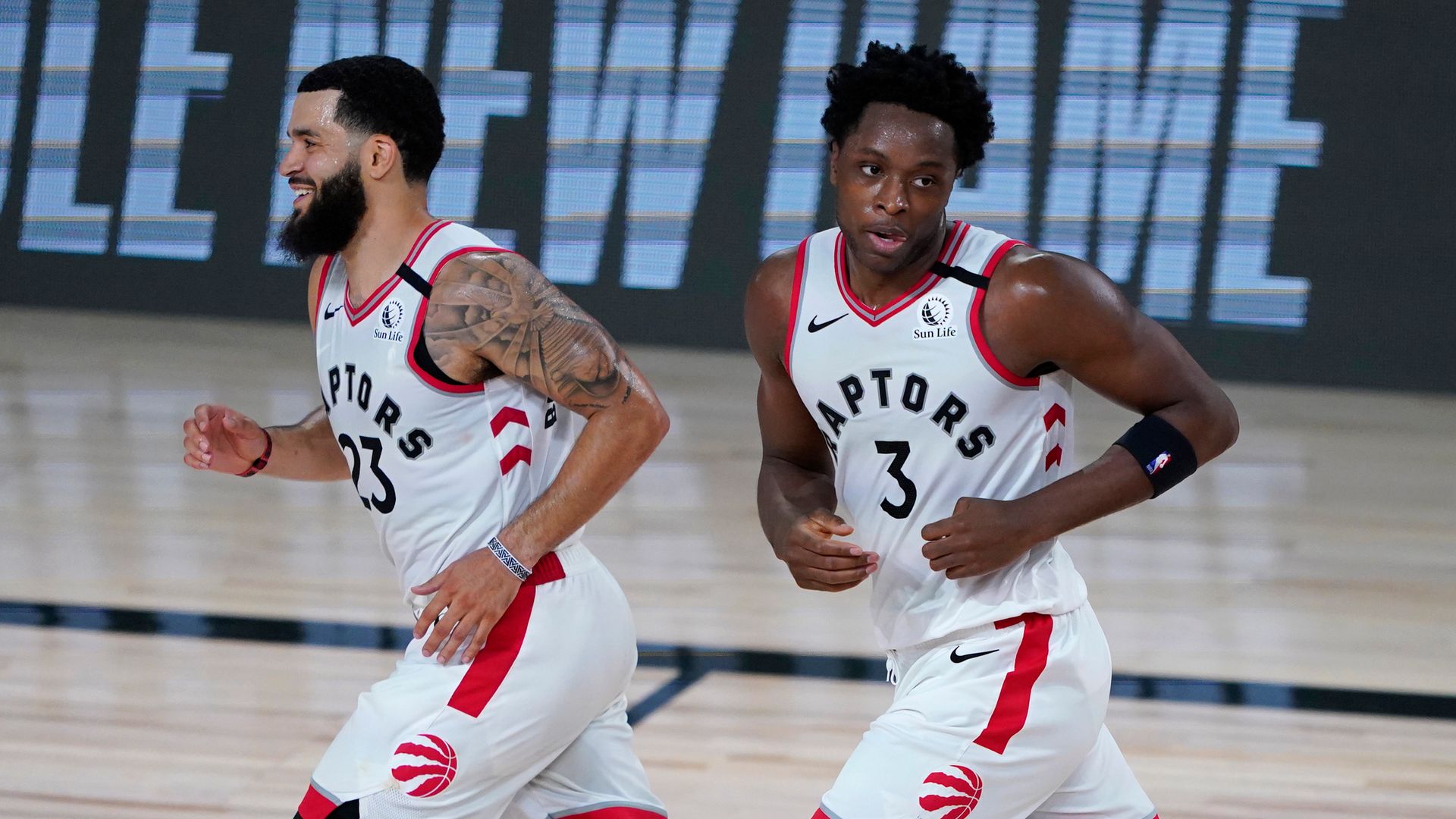 The Raptors, the defending NBA champions, looked sharp in their opening restart game at Disney’s Wide World of Sports complex as they dispatched the Los Angeles Lakers 107-92 on Saturday night.

Asked by Gametime host Ro Parrish if the Raptors pose the biggest threat to the Milwaukee Bucks’ hopes of winning the Eastern Conference and reaching the NBA Finals, Scott said: “Right now, I would have to say yes.

“Months ago, when the Raptors were rolling and people were asking if they were for real, I didn’t have them among the top eight (teams in the league),” he said.

“This team from top to bottom is playing lights-out basketball. They can be a threat. All their pieces know who they are and what they do. Marc Gasol came back in great shape and is playing great basketball.

“That means the Raptors can play ‘big ball’ or ‘small ball’. I like everything Nurse is doing with the Raptors.”

Smith agreed with Scott and spoke to the importance of Anunoby’s role.

“(The Raptors) lost Kawhi Leonard (last summer). How do you replace him? Pascal Siakam is doing his best job being the No 1 option, being one of those guys that can score a lot of buckets on the wing.

“One question for me was, ‘how do you replace (what) Pascal Siakam (did last year alongside Leonard)’? (Based) on the way he played today, it’s going to be OG Anunoby. Now you have the (same dynamic) of Leonard-Siakam last year with Siakam and Anunoby.

“Anunoby can defend and he can knock down some shots. He can get out on the break. He can be that 6ft 8in guy that can switch multiple guys and guard multiple guys. If he can be the ‘Robin’ to Siakam’s ‘Batman’ – like Siakam was to Leonard last season – they can be (the biggest threat to the Bucks’ Finals hopes).”

Smith also highlighted the importance of veteran point Kyle Lowry and the stability he provides on the court.

“From top to bottom, this organisation is about winning and playing the right way. They are all on the same page. On the court it’s led by Kyle Lowry,” he said.

“Today you look at his points (33) but what I love about Lowry is the dirty work, the big man work (he does). He will guard some bigger guys, he’ll get you 14 rebounds, he is as tough as nails. He is always on the floor and he took a lot of charges. Here is a smaller guy willing to give up his body for the win.

“To me, the Raptors came out, executed, played harder, got to their second and third options on the offensive end and got some easy buckets. They all defend and buy into (head coach) Nick Nurse’s philosophy.”