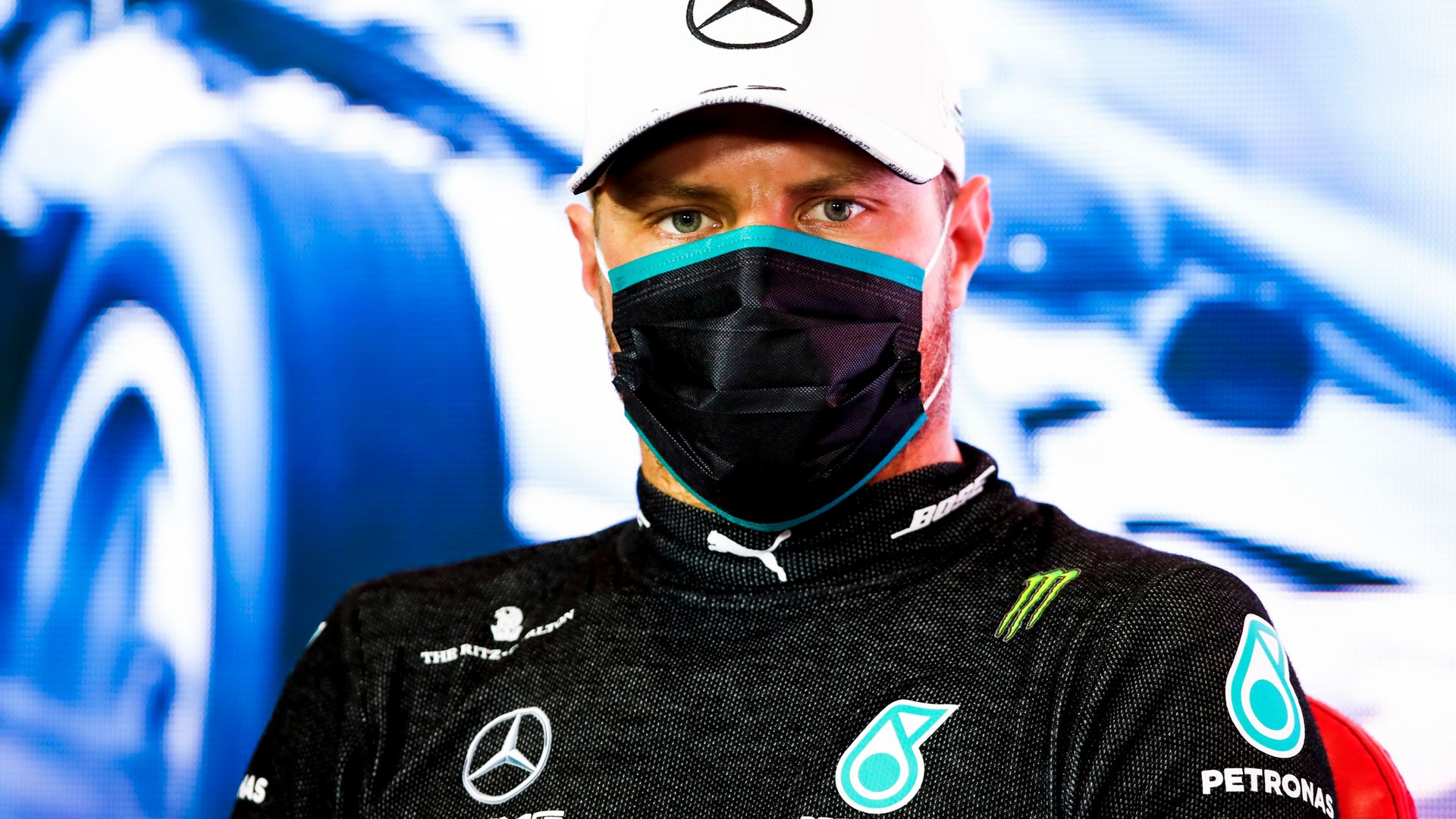 Mercedes were ruing a “bittersweet” day at the British GP as while Lewis Hamilton hung for victory after his late puncture, Valtteri Bottas dropped out of the points entirely and lost crucial championship ground.

Bottas had been challenging Hamilton for the win at Silverstone but suffered a tyre puncture when running second on Lap 50 of 52, and was forced into a pit-stop which left him 11th with little time remaining.

In another blow to Bottas, Hamilton still managed to claim victory despite the similar shredding of his front-left tyre on the last lap, just edging out Max Verstappen.

That means the Finn is now 30 points behind Hamilton in the title standings.

And despite another Silverstone victory – Mercedes’ seventh in eight years – team boss Toto Wolff couldn’t help but feel for Bottas.

“When Valtteri’s puncture happened I had a lot of disappointment for him,” Wolff told Sky F1. “I could feel another day that was solid for him – 18 points – and the race was lost.

“I looked at where he was on track [when he had the puncture] and he was at completely the wrong end of the track. So that was the first little shocker.”

He added: “It remains bittersweet.

“It was perfect conditions for us, the perfect track, and it suits the car. We could have increased our gap in the constructors’ by more. And obviously for Valtteri it’s a big disappointment.

“For seven years we’re always torn, one [driver] is happy the other one is not happy.”

Were Bottas and Hamilton pushing each other too hard?

While Hamilton appeared to keep Bottas at a safe distance behind throughout – just out of DRS range – Wolff admitted Mercedes were concerned by how hard the drivers, who had a healthy advantage to the next car, were pushing each other.

“He was pressurising him,” said Wolff of Bottas. “But at a certain point we were looking at the tyre data and thought this is not great, they’re pushing each other too much.”

“We didn’t interfere,” said Wolff. “We just warned them that they could be running out of tyre at the end.”

And run out of tyre they did.

“We knew it was going to be a long stint with the hard tyre so of course I was trying to put the pressure on Lewis but at the end I was getting more and more vibrations,” added Bottas.

“I reported that and then in the end I thought there might be an issue so I started to manage a bit but it just happened like that. [It was] so sudden and we couldn’t have predicted it happening.”