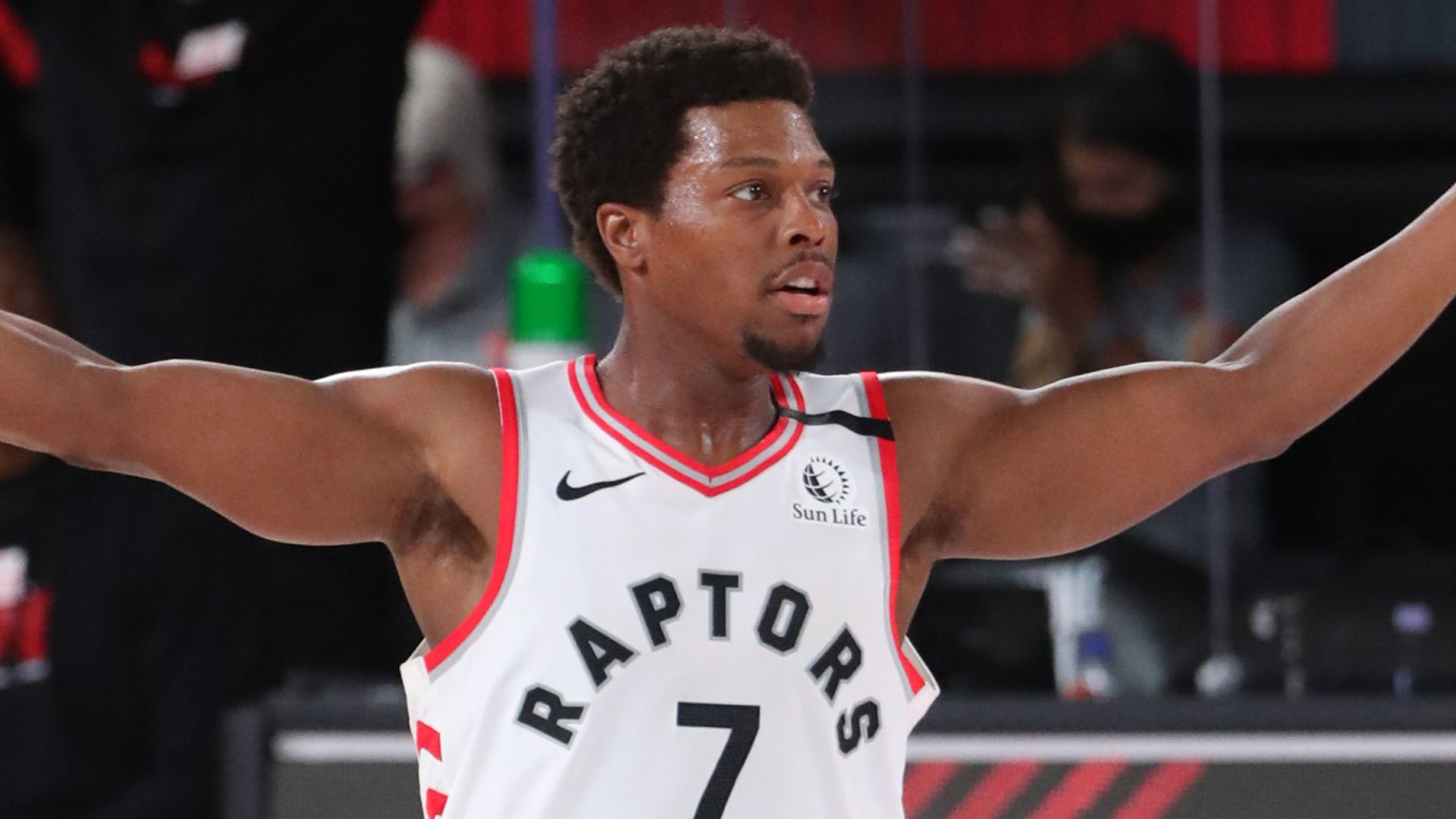 Kyle Lowry had 33 points, 14 rebounds and six assists, leading the Toronto Raptors to a 107-92 victory over the Los Angeles Lakers on Saturday at The Arena.

Kyle Lowry had 33 points, 14 rebounds and six assists, leading the Toronto Raptors to a 107-92 victory over the Los Angeles Lakers on Saturday at The Arena.

Lowry hit 5-of-9 three-pointers and 8-of-16 shots from the floor. OG Anunoby had 23 points, making 8-of 9 shots, and Pascal Siakam contributed 15 points and nine rebounds for the Raptors.

The Raptors beat the Lakers for the 11th consecutive time. They haven’t lost to Los Angeles since November 30, 2014.

Toronto (47-18) used a 10-0 run in the fourth quarter to take a 93-83 lead after a dunk by Anunoby and a three-pointer by Fred VanVleet with 4:52 left. The Lakers sliced the margin to seven before Toronto pulled away.

The Lakers trailed by as much as 13 in the first half before rallying for a 44-41 lead at the break. A 9-2 run sparked by Kuzma’s three-pointer and a basket inside by James pulled the Lakers within 72-70 heading into the fourth quarter.

TJ Warren scored a career-high 53 points to lead the Indiana Pacers past the visiting Philadelphia 76ers 127-121.

Warren shot 20-of-29 from the field, including 9-of-12 from beyond the three-point arc. His previous career-high was 40.

Aaron Holiday had 15 points and 10 assists and Victor Oladipo added 15 points for the Pacers, who improved to 40-26 despite playing without key injured players such as Domantas Sabonis and Malcolm Brogdon.

Joel Embiid was spectacular for the Sixers (39-27) with 41 points, 21 rebounds, four assists and three blocked shots. It was his fourth game this season with at least 30 points and 15 rebounds. Tobias Harris scored 30 points and Ben Simmons added 19 points and 13 rebounds.

The Pacers overcame an early eight-point deficit and raced to a 35-29 lead at the end of the first quarter. Embiid kept the Sixers close with 15 points and nine rebounds as they trailed 61-55 at halftime. Warren was red hot throughout the first half with 29 points on 12-of-16 shooting.

Embiid scored as the third quarter buzzer sounded and Philadelphia surged back ahead 87-81. Harris drove to the basket and scored for a 95-86 Sixers lead with 9:32 remaining. On their next possession, Alec Burks hit a three-pointer for a 10-point advantage, 98-88.

Following a Sixers turnover, Warren scored in the paint to cut the lead to 100-97. When Justin Holiday dropped in a three-pointer with 6:00 left, the Pacers went back ahead 102-101.

The Clippers (45-21) tied a franchise record for three-pointers made in a half when they hit 16-of-24 on their way to a 77-45 half-time lead. They were one three-pointer shy of the NBA record for a first half.

They finished 25-of-47, falling short of the Golden State Warriors’ NBA record 27 three-pointers in a game.

The 32-point half-time deficit was the largest in franchise history for the Pelicans (28-38), who saw their playoff hopes continue to fade. The Clippers led by as many as 42 points in the third quarter and finished the period with a 103-66 cushion.

George made 8-of-11 three-pointers and missed all six of his two-point shots. Kawhi Leonard scored 24 points and Reggie Jackson came off the bench to add 15. George and Leonard went to the bench for good with 1:04 left in the third quarter.

Rookie Zion Williamson, who is on a minutes restriction after missing 13 days of training while tending to a family emergency, had seven points and five rebounds in 14 minutes.

Shai Gilgeous-Alexander scored 19 points as the Oklahoma City Thunder took control early to beat the Utah Jazz 110-94 in their first game of the NBA’s restart.

The last time the teams were on the court together was March 11, when Rudy Gobert’s positive test for coronavirus caused the game to be postponed, and the NBA season was soon shut down.

It took less than eight minutes for the Thunder to build a double-digit lead and Utah never again seriously threatened.

Oklahoma City led by 14 after the first quarter and by 24 at half-time, thanks to strong defense all over the court and efficient offense, going 13-of-17 in the paint in the first half.

Chris Paul scored 18 points and added seven rebounds and seven assists. Paul was 5-of-6 from the field in the first half. Steven Adams had 16 points and 11 rebounds. The Thunder scored 25 points off Utah turnovers.

Andre Roberson came into the game midway through the second quarter for his first regular-season NBA appearance since January 27, 2018, when he suffered a ruptured patellar tendon. He played a little more than five minutes, all in the second quarter, with a rebound and a block.

Kelly Olynyk scored all 20 of his points in the fourth quarter, Duncan Robinson scored 17, Goran Dragic had 13 points and Kendrick Nunn added 11 for the Heat (42-24). Miami outscored Denver 69-48 in the second half.

Nikola Jokic had 19 points, seven assists and six rebounds and Jerami Grant also had 19 points for the shorthanded Nuggets (43-23).

Butler’s lay-up at the buzzer at the end of the thrid quarter made it 94-79 heading into the fourth. Miami pushed the advantage to 20 points in the first three minutes of the fourth before the Nuggets scored six straight to get closer.

It was 106-92 after a three-point play by Grant but the Heat put the game away with a trio of three-pointers from Olynyk that made the margin 117-95.