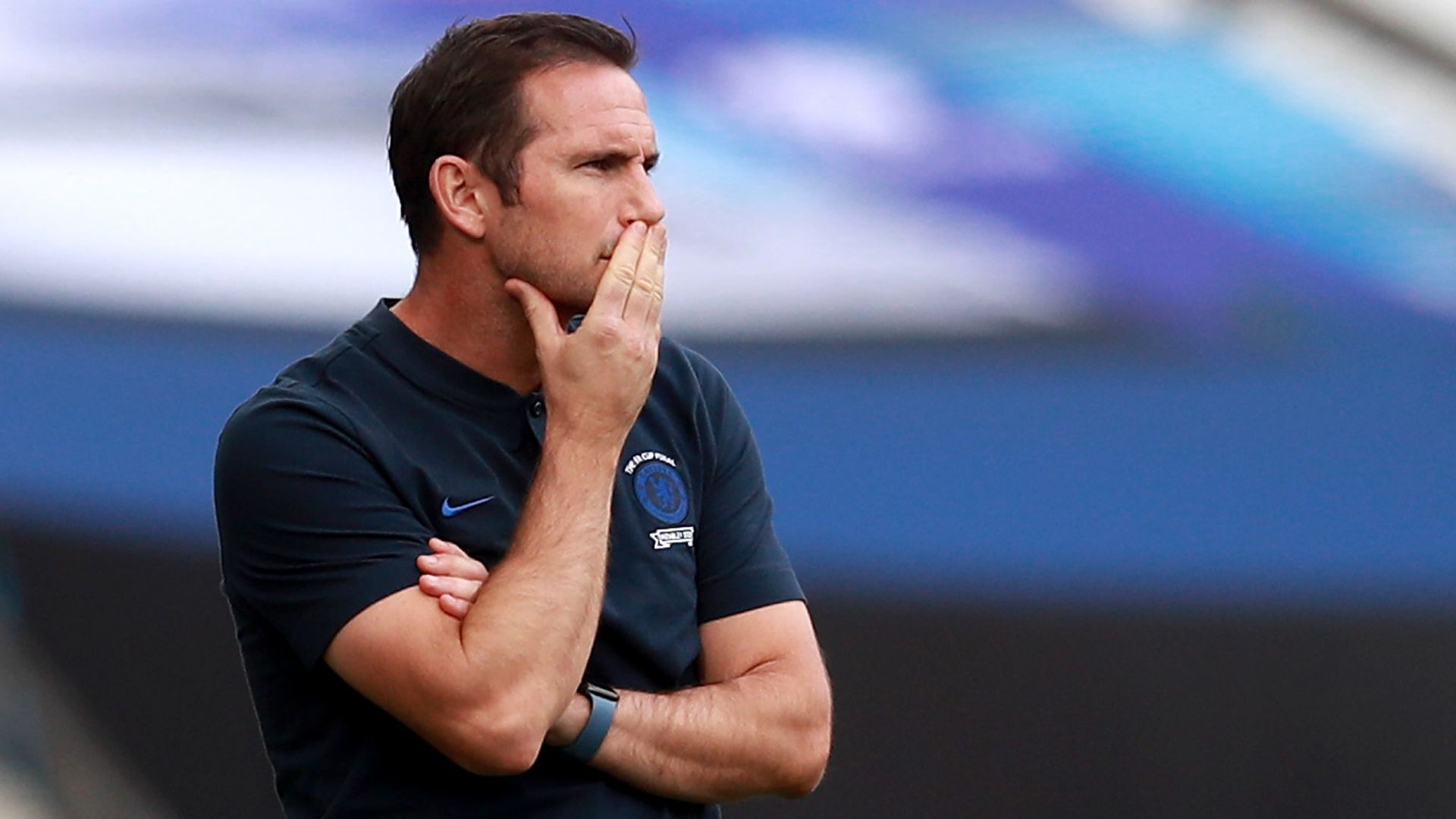 “Even in a worst-case scenario, we don’t go through against Bayern, the 12th feels too early for me for the players to start playing again”

Frank Lampard has called on the Premier League to give Chelsea a fair start to the new campaign and not risk further injury to his players.

The Blues lost Saturday’s FA Cup final 2-1 to London rivals Arsenal, but even though the 2020-21 league season is set to kick-off on September 12, Chelsea are still not finished with the current campaign.

Lampard’s side take on Bayern Munich in Germany on Saturday in the rescheduled second leg of their Champions League round-of-16 tie.

Chelsea face a monumental task to progress further in the competition having lost the first leg 3-0 at Stamford Bridge back in February.

Even if they fall to defeat in Bavaria, Chelsea will have just 35 days before the new season is due to begin.

In the unlikely event they progress, and then go on to reach the final, that gap drops to just 20 days.

It is understood that when Premier League clubs agreed a September 12 start date, it was also clear that there would need to be at least a 30-day break for Chelsea and any of the other teams playing in the end-of-season European competitions.

Lampard, who saw Willian and Ruben Loftus-Cheek pull out on the eve of the FA Cup final through injury, then lost Cesar Azpilicueta (hamstring), goalscorer Christian Pulisic (hamstring) and Pedro (shoulder), who is set to leave the club, during the game to injuries.

“I am guessing we will be told when we start and that will be dependent on how we will go against Bayern Munich,” Lampard said.

“It is not ideal if we carry on against Bayern – the players need to be given a break to play at the level and the quality product that the Premier League is.

“Even in a worst-case scenario, we don’t go through against Bayern, the 12th feels too early for me for the players to start playing again.

“The players need a break. That is why we have pulled two hamstrings and had players pull out of the game before this.”

Lampard then implored the Premier League to make sure clubs start the next season with a level playing field.

“I would like to think the Premier League would look seriously at that,” he added.

“Hopefully they give us a fair start next season. We deserve to be [given a fair start] as a Premier League club competing in the Champions League.”

Hearn Approached By Three Broadcasters, Intention is To Extend Deal With Sky