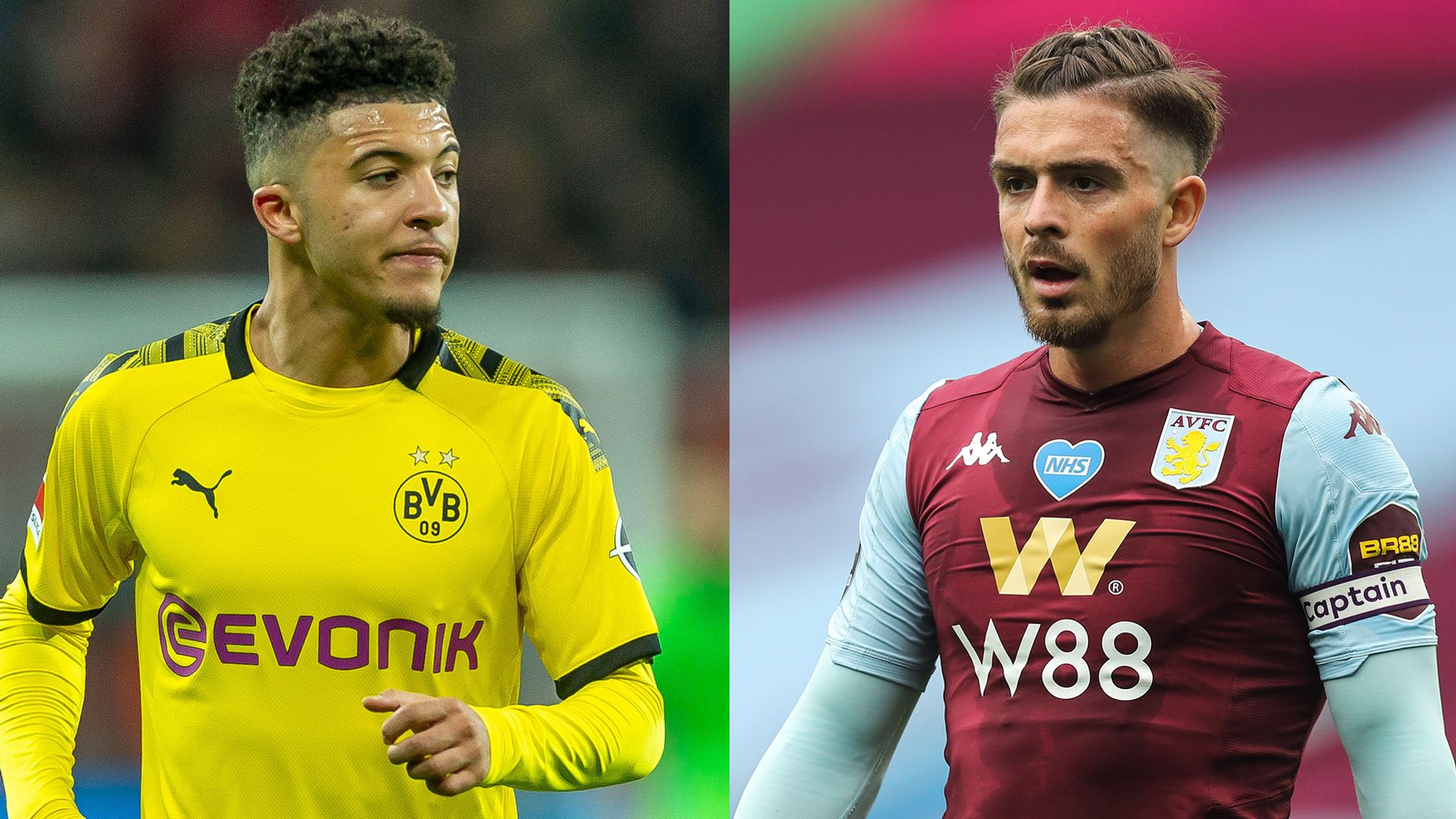 Giggs: “They are two signings that may be available and if we’re able to get them, I would go and get them”

Manchester United should try to sign both Jadon Sancho and Jack Grealish this summer, according to Ryan Giggs.

United are growing increasingly confident a deal can be done with Borussia Dortmund for Sancho – with discussions centred around the transfer fee and structure of payments – while it is understood personal terms would not be an issue.

Dortmund are holding out for €120m (£109m) for the 20-year-old England international winger, who registered 17 goals and 17 assists across 32 Bundesliga games last season.

Grealish, meanwhile, is undecided about his future and has already admitted he may have played his last game at Aston Villa, although it looks unlikely he will join United with Premier League survival increasing his valuation.

“For me from the outside, it looks like he’s got the mentality to come to this place and not bother him. Certain players can get overawed. It looks like he’s got the mentality to come to this place and not bother him. Certain players can get overawed.

“Also, the good thing this year is he’s got 10 goals [in all competitions] and got into double figures so that would be one question mark I would have had with him: does he score enough goals?

“To get to double figures with no penalties for Villa is impressive.

“Sancho is quick, direct but also an intelligent player. What I like about him is when he gets into those areas with the final ball, he doesn’t panic. A lot of quick wide players sometimes do but he picks out the right pass.

“He’s someone who can counter-attack if we’re going to play that but also if a team are going to sit back, he can beat players and make things happen.

“They are two signings that may be available and if we’re able to get them, I would go and get them.”

Manchester United could sign Bayern Munich winger Kingsley Coman on loan, should the club fail in their attempts to prise Sancho away from Borussia Dortmund.

Coman is seen as an alternative for United in their search for a new wideman, if they fail to secure the services of Sancho.

Transfer window: 20 stars who could move

The transfer window is open and there are A-list players in demand and whose futures are uncertain. From Sancho to Pierre-Emerick Aubameyang and Gareth Bale, who could be on the move across Europe to the Premier League this summer?

A domestic-only window for trades between the Premier League and EFL then runs from October 5 and closes on Friday October 16 at 5pm. Follow all the news and analysis on Sky Sports News and across Sky Sports’ digital platforms, including with our dedicated Transfer Centre blog