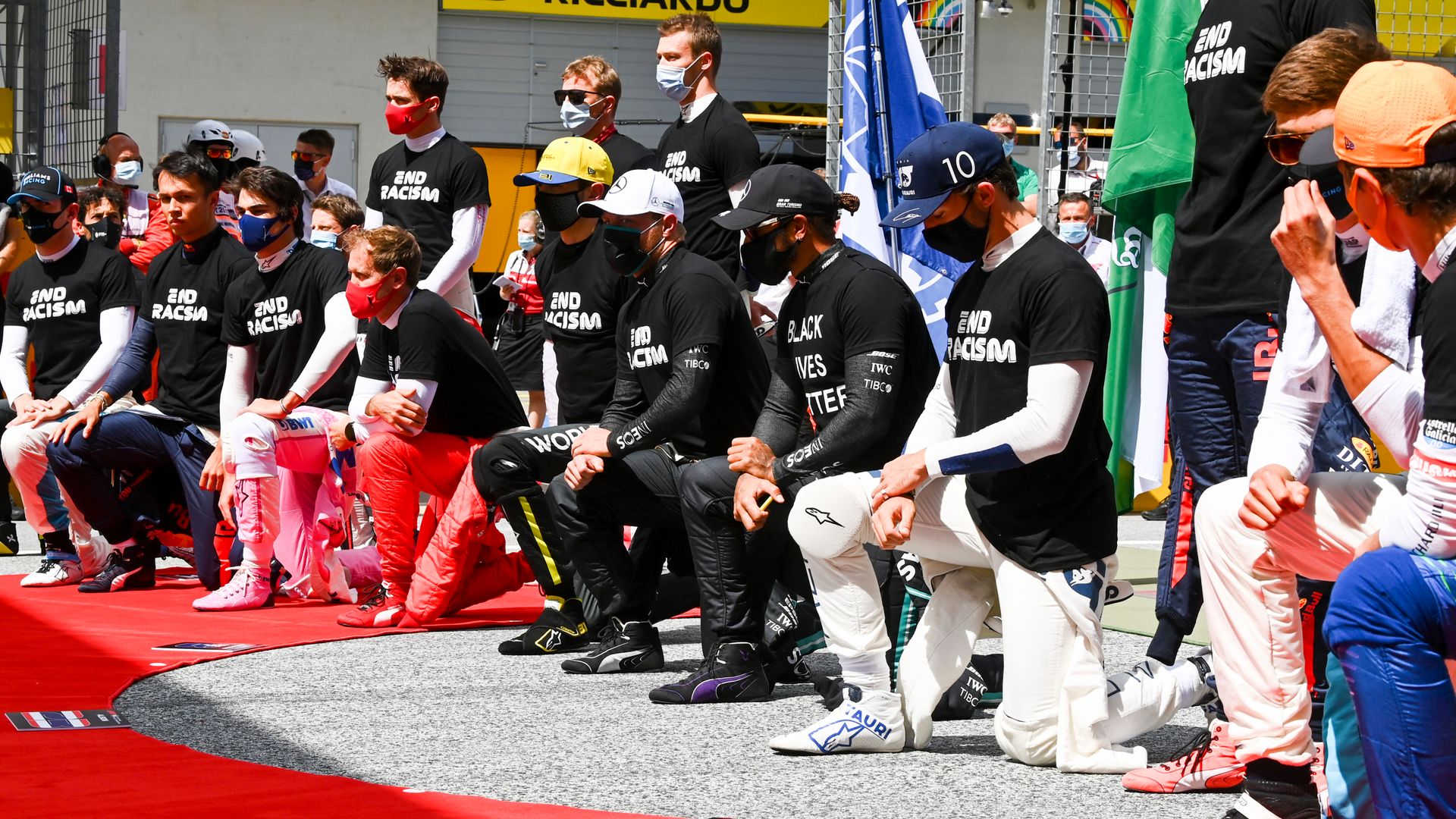 Drivers being given allocated time in grid schedule to show support

F1 has confirmed its plans for the drivers to show their support for the fight against racism ahead of Sunday’s British GP.

As previously reported, F1 and the FIA have reinserted a designated period in the pre-race schedule for the drivers to form at the front of the grid, after the two previous events saw ceremonies organised by the drivers criticised for being disjointed and rushed.

A note sent to all teams on Saturday evening by race director Michael Masi said all drivers are required to be in attendance at the front of the grid 17 minutes before the race’s formation lap for a period of recognition for the sport’s End Racism messaging.

“The FIA, Formula 1, teams and drivers stand united as a sport in the fight to end racism and fully support equality, inclusivity and equal opportunity for all,” read a statement.

“The FIA supports any form of individual expression in accordance with the fundamental principles of its Statutes, and as a mark of respect each driver, as an individual, may choose to mark this moment with their own gesture.”

The note to teams suggests ways the drivers could show their support, with a minority having opted against taking a knee so far this season. The FIA says gestures could include:

• standing on carpet with arms crossed in front or behind them

• standing on carpet and bow head

• standing on carpet and place their hand on the heart

The ceremony will be followed by the national anthem and then a period of applause for the NHS, which will include a ‘Thank you NHS’ Spitfire flyover.