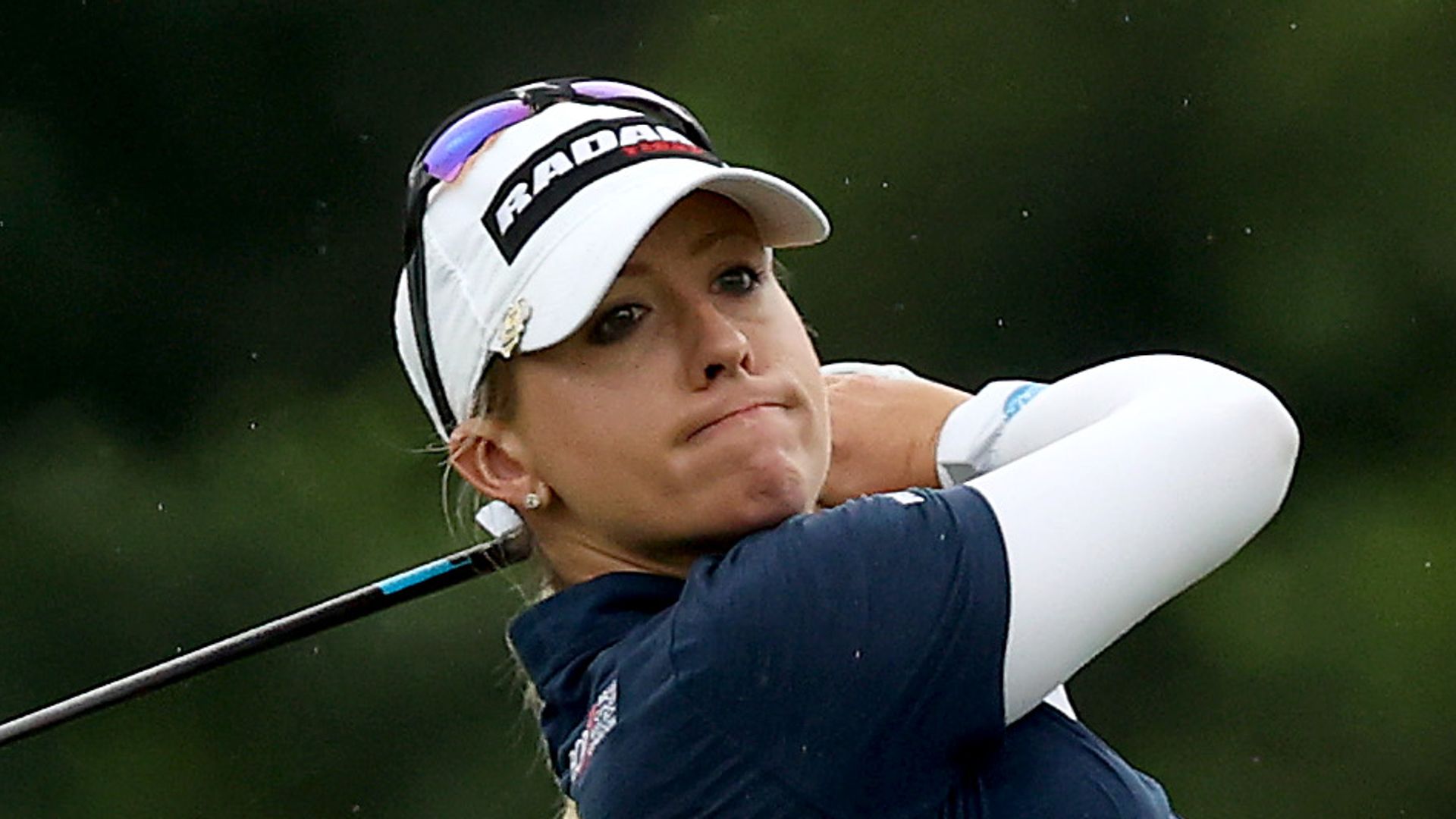 Jodi Ewart Shadoff and Celine Boutier birdied their final holes on Saturday to share the lead with Danielle Kang ahead of the final round of the Drive On Championship in Ohio.

The first LPGA event since the coronavirus pandemic shut down the tour in February appeared set for thrilling finish with Boutier, Ewart Shadoff and Kang all sitting on five under and Japan’s Yui Kuwamoto and American Sarah Schmelzel lurking just two back.

Kang, who won the Women’s PGA Championship in 2017, began a rainy day at the Inverness Club in Toledo alone at the top of the leaderboard, one shot clear of Ewart Shadoff.

But Kang, the world number four, suffered a late-round wobble, taking three consecutive bogeys from the 13th hole to finish one over at 73.

“Today was a complete different challenge than yesterday,” said Kang, who carded a 66 in the opening round. “It was a different game. It was different golf course.

“All of a sudden it’s gotten cold, it was raining, everything is wet.”

Ewart Shadoff, who has more than 20 top-10 finishes in her career but has never won an LPGA Tour event, put herself in position to claim that maiden title after carding a 72. She had a bogey, double bogey and three birdies, including one at the 18th, with all the action coming on the back nine.

Starting on the back nine, Boutier turned in a scrappy effort mixing three bogeys with four birdies for a 71. She was just one of nine players to post an under-par round.

“I feel like I can handle tough weather conditions pretty well,” said Boutier. “So I feel like whenever the conditions are tough, I kind of actually like it, even though I don’t really like enjoy it, per se.

“It’s a good challenge and I think especially on this course you have to be very, very smart.”

The restart event is missing some of the biggest names in women’s golf with world No 1 Ko Jin-young and Park Sung-hyun among a number of top international players who decided to sit out because of coronavirus concerns. They are instead staying at home while playing the Korean LPGA Tour.