Jones, 51-years-old, will face the 54-year-old Tyson on September 12 in California.

Tyson has been out of the ring since 2005, when he was stopped by heavyweight journeyman Kevin McBride. 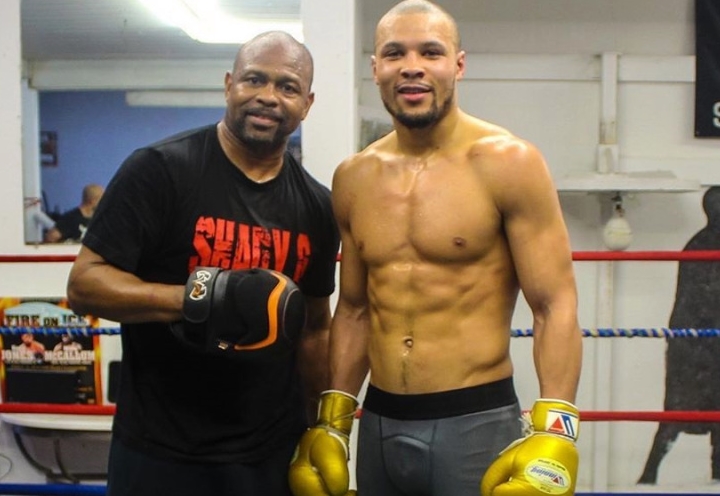 Jones on the other hand has been active, with his last fight taking place in early 2018.

Back in 2003, Jones jumped up from light heavyweight to heavyweight to capture the WBA world title with a twelve round decision over John Ruiz. Jones would eventually drop the title and move back to 175-pounds.

“Obviously I’ve got to get him in shape for this fight he’s got with Mike, but just a lot of learning. A lot of one-on-one time spent on focusing and mastering these little things that I guess I lost track of over the years. I’ve got a front row view into what Roy is doing to prepare for Mike and I’m helping him. This is something that I never dreamed in a million years I would be doing, helping Roy Jones to fight Mike Tyson. How are we here, how has this happened? But yeah, it really is happening,” Eubank Jr. told Talk Sport.

“I’m actually going to Pittsburgh with him in a couple days and we’re gonna do some training out there. Mike Tyson and Roy Jones are two of my favourite fighters of all time. I never ever thought I would be watching a fight and rooting against Mike Tyson. Mike Tyson is a hero of mine, but I’m in this crazy position where I’ve got two heroes and they’re fighting and I can’t go against Roy. I’ve been with him every day for the last five months so I’m actually in this weird position where I wanna see one of my heroes not win.

“I don’t know how prepared Mike is. He looks great in his little 30-second clips on Instagram, but eight rounds against Roy Jones is a different thing. Roy has been active. He had a fight like two years ago. He’s the type of guy, boxing is everything to Roy. I’m not saying it’s not everything to Mike, but I think after Mike retired, boxing became something he used to do and he lived another life. Roy has never lived any other life, he’s in the gym every day and he loves it.”