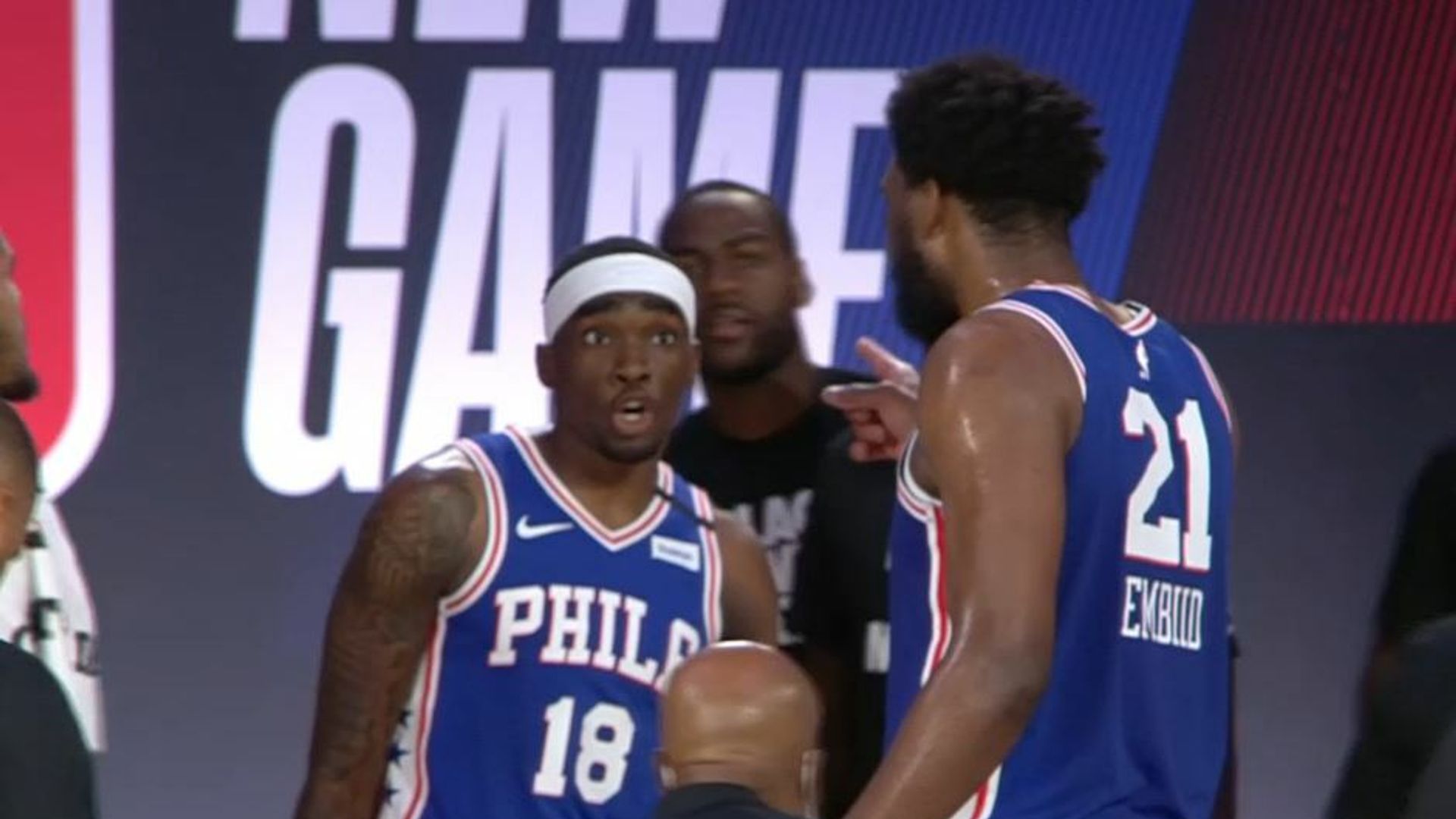 Joel Embiid and team-mate Shake Milton sparked a heated confrontation during the Philadelphia 76ers’ loss to the Indiana Pacers on Saturday night.

The flashpoint came at the end of the first quarter with the Sixers trailing 35-29. On the final play of the period, Milton threw a wayward pass to Embiid, who was stationed at the free throw line.

The inaccurate pass ballooned over Embiid towards the sideline with the 7ft center in hot pursuit. In attempting to keep the ball in bounds, Embiid collided with Pacers guard Edmond Sumner and took a heavy, twisting fall down to the floor.

As the 76ers returned to their bench at the end of the quarter, Embiid exchanged words with Milton and wagged his finger at his team-mate. Milton fired back verbally and was held back from continuing the argument by several 76ers reserves.

The Sixers eventually lost the game 127-121, despite Embiid scoring 41 points and stuffing the stat sheet with 21 rebounds, four assists and three blocks. Milton finished with zero points and three assists in 19 minutes. Indiana forward TJ Warren erupted for a career-high 53 points to propel the Pacers to victory.

Following the defeat, Embiid downplayed his altercation with Milton, telling NBC Sports Philadelphia: “It’s basketball. Everybody makes mistakes. It happens. We have got to communicate better. You discuss what’s going on and you move on, you find a solution. But it’s nothing. It happens. It happens on every team and you just figure it out and you move on.”

“If the conversation has got to be had, it has got to be had,” he said. “I actually think stuff like that is far more healthy than anything. Shake’s team-mates love Shake Milton. They are proud of his evolution. And then you’ve got an NBA All-Star in Joel Embiid that has an idea. He is the center, back directing traffic – the pick-and-roll policeman.

“I don’t know the full details of it, but I think, for the most part, it’s healthy. And those two will move on quickly. They are good friends, it’s just sometimes stuff like that happens in a family.”

Losing their opening restart game leaves Philadelphia in sixth place in the Eastern Conference with a 39-27 record. They are one game back from the fifth-place Pacers and three behind the fourth-place Miami Heat.