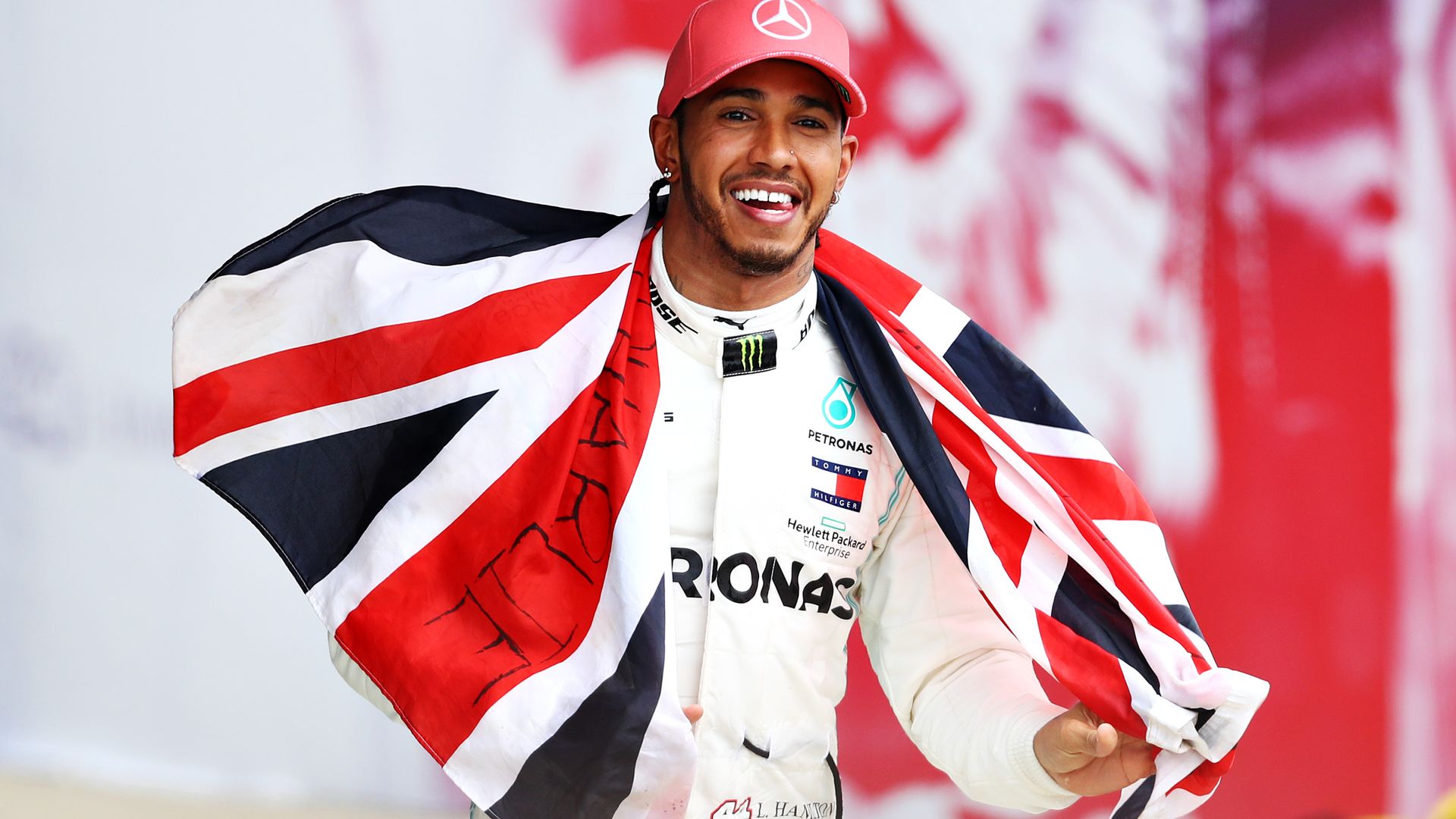 Watch today’s British GP live on Sky F1 and Sky One at 2.10pm

Lewis Hamilton will be aiming to break another Formula 1 record today at his home British GP, and the pole-sitter is primed for another head-to-head battle with team-mate Valtteri Bottas at the iconic Silverstone.

Although Sky F1’s Jenson Button is also not ruling out the “super-human” Max Verstappen, who will start just behind in a Red Bull which has looked a Mercedes-challenger in race trim.

For the fourth time in a row at the start of F1 2020, Mercedes crushed their rivals in qualifying with Hamilton, while only three tenths ahead of Bottas on Saturday, over a second faster than anyone else with a stonking lap.

The championship leader is aiming for a seventh British GP victory today – and no driver has ever won their home race more than six times.

That, and moving closer towards Michael Schumacher’s record of 91 wins, and seven titles, may be the main source of motivation for Hamilton, with no fans cheering on the home hero in Northamptonshire.

“Normally when I approach this weekend there this much much different feeling, I think it’s part excitement and also nerves when you come to this race, knowing how many people do come,” said Hamilton.

“And that nervousness is just really through just wanting to excel and deliver for everybody, because you go on a pretty incredible journey together.

“And so I try to keep that in mind still this weekend; whilst I didn’t have that same feeling coming, knowing that no-one’s going to be here, I just really try to reminisce the last years and try and somehow get that energy and utilise it, which is not so easy.”

Challenging and beating Hamilton will be crucial to Bottas, who was unluckily toppled by his team-mate at last year’s British GP after starting on pole ahead of him.

He is only five points behind Hamilton in the current driver’s standings.

But could Verstappen, who has been Mercedes’ sole rival to start the season and heads the front row ahead of Ferrari’s Charles Leclerc, also be a factor with Red Bull much more confident on longer runs?

Button, the 2009 world champion, believes it is likely to be a close “two-horse race” at the front but added on Sky Sports F1: “But Max can maybe get in the mix.

“You never know what Max can do – he’s pretty super-human.”

There are several drivers to look out for behind that front four, starting with the third row with Lando Norris another Brit who starred in qualifying in fifth, and Lance Stroll in a fast Racing Point in sixth.

Sebastian Vettel has plenty of work to do in the Ferrari from 10th, while Alex Albon will be expecting another Sunday recovery drive, down in 12th in a Red Bull which has no business being there.