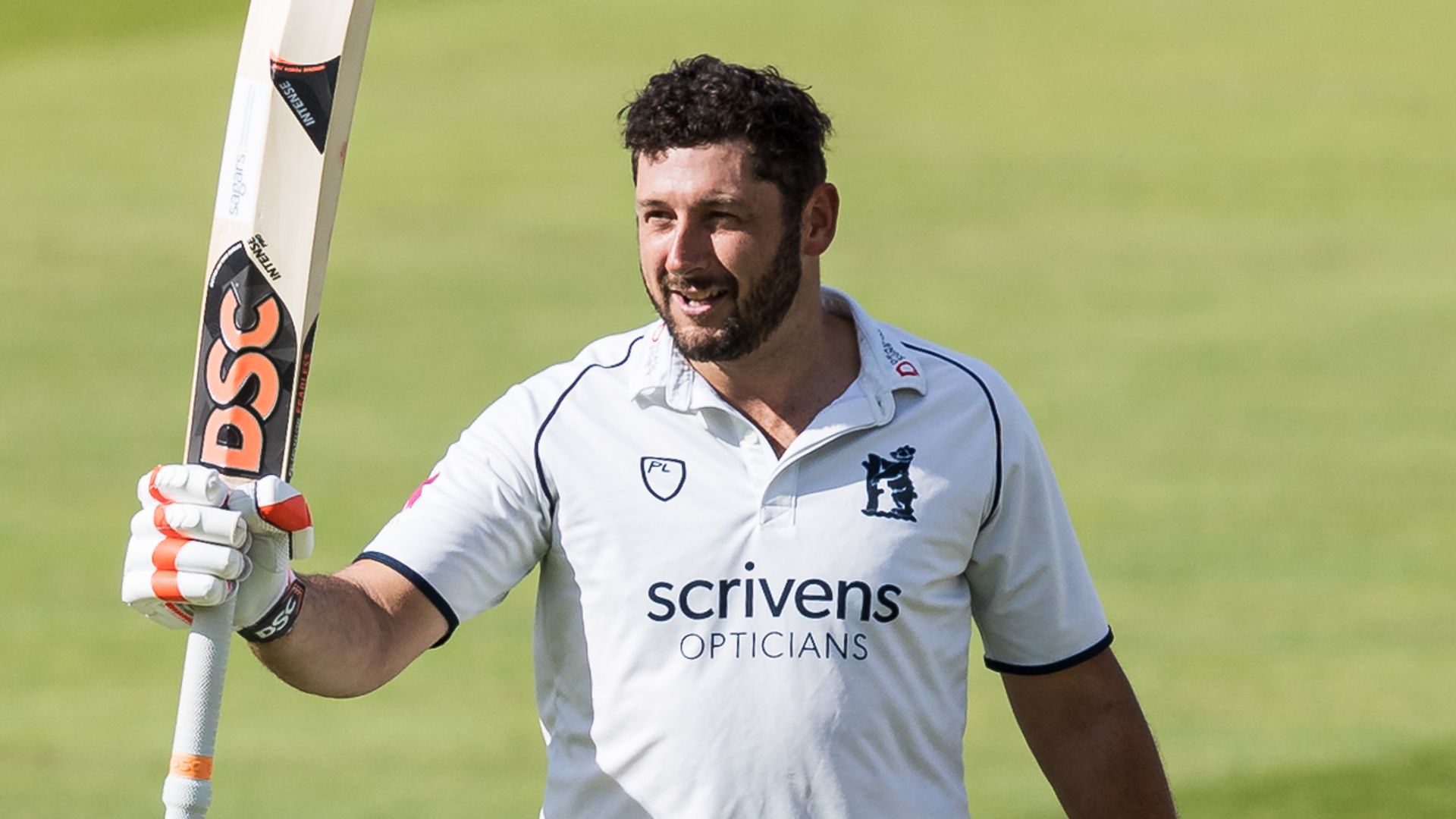 Bresnan, who left Yorkshire after 19 years in June, struck 105 as Warwickshire posted 369-8 from their 120 overs in reply to the visitors’ 142 at Edgbaston.

Openers Ben Curran and Emilio Gay survived seven overs as Northamptonshire closed on 19-0 in their second innings, trailing by 208.

At The Kia Oval, Nick Gubbins fell eight short of a double century as Middlesex declared on 347-6 against Surrey.

Somerset are in complete control of their fixture with Glamorgan at Taunton. England capped seamer Craig Overton finished with 5-38 as the Welsh side were shot out for just 131 in response to the hosts’ 296.

Somerset then extended their lead to 296, with James Hildreth 45 not out and captain Tom Abell unbeaten on 44 as they reached 131-2 at stumps.

Nick Browne made 61 and Varun Chopra 41, while Essex will be hoping Ryan ten Doeschate (22no) and Adam Wheater (24no) can add to their unbroken 35-run stand.

Earlier, Heino Kuhn failed to add to his overnight 140 in Kent’s innings, becoming one of four victims for Jamie Porter.

Sussex are hoping to set Hampshire a challenging target at Hove after closing the day with a lead of 178, with four wickets remaining.

England hopeful Phil Salt got their second innings off to a fine start with 80 after Ollie Robinson and Mitchell Claydon had finished with three wickets apiece to wrap up the Hampshire first innings for 153.

Worcestershire have fought their way back into their game against Gloucestershire at Bristol, ending the day just 44 runs behind with eight first-innings wickets in hand on 223-2.

Daryl Mitchell had led the response with 80. Earlier Charlie Morris finished with 4-52 as Gloucestershire were bowled out for 267.

Durham too battled back in their low-scoring contest with Yorkshire at Chester-le-Street, ending the day with a lead of 10 on 106-2 in their second innings, with former Yorkshire opener Alex Lees unbeaten on 58.

Chris Rushworth, Ben Raine and Paul Coughlin finished with three wickets apiece as Durham, who were skittled for 103 first time around, bowled out Yorkshire for 199.

In a game being played at Worcester, Ben Slater hit an unbeaten 104 as Leicestershire reached 183-2 in reply to Lancashire‘s 322. Slater put on 153 for the opening wicket with Hassan Azad (58).

Meanwhile, Nottinghamshire are in a strong position against Derbyshire at Trent Bridge despite a century from the visitors’ Leus Du Plooy.

Du Plooy hit 130, adding 80 in a crucial last-wicket stand with Samuel Connors, but Derbyshire still conceded a first-innings deficit of 85 as they were bowled out for 239. Notts were 84-3 at the close.