At the moment he’s riding fierce streak, with all 14 of his wins coming inside the first round by knockout.

He grew up watching Puerto Rican boxers on television and remembers when he was a young kid, going to Madison Square Garden in New York City to watch Miguel Cotto retain his title with a stoppage of Zab Judah.

“I want to leave a legacy in my career,” said Berlanga to Noel Planas. “My family are big fans of Puerto Rican boxers. So I grew up watching Tito Trinidad, but especially Miguel Cotto. I went to almost every fight he did in New York. And especially the one he had with Zab Judah. I went to that one with a bandana on my head like Cotto, and with my gloves on. People there said I looked like a future champion.” 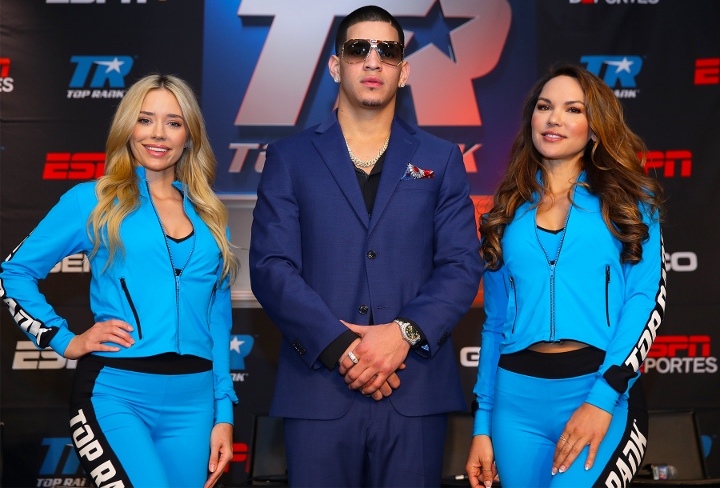 The 23-year-old boxer admits that he originally wanted to become a professional baseball player.

“It was clear that I wanted to be a professional baseball player. I even won two championships with my team, but I was still a bit watered down in life at that time, and my father took me to the boxing gym and little by little everything changed. This sport caught all my attention,” says Berlanga.

“I am neither in a hurry nor do I feel pressure. I want to continue building up my boxing. I’ll keep working hard to see if in a year and a half I can become a champion.”

Recently, Berlanga took to social media and made a bold prediction that he would eventually take down Mexican superstar Saul “Canelo” Alvarez.

“He would have to go up because I definitely can’t go down to 160. I would love to have such a challenge in the future,” Berlanga said.