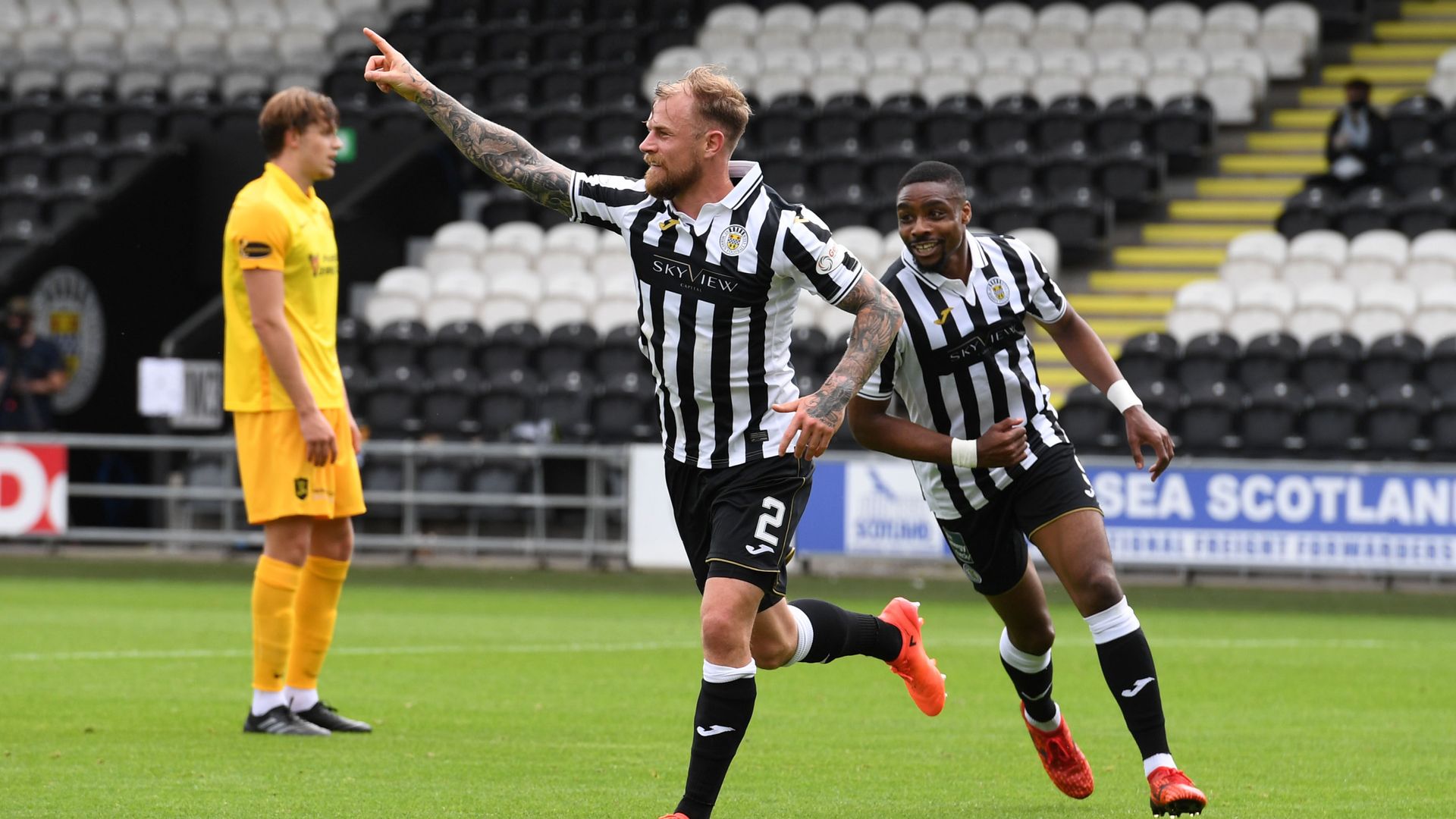 Debutant defender Richard Tait scored the only goal of the game as St Mirren began their Scottish Premiership campaign with a narrow home win over Livingston.

The opening game of the season was played behind closed doors due to the coronavirus restrictions and it had little to commend it until the half-hour mark when 30-year-old full-back Tait, signed from Motherwell in the summer, headed home Jamie McGrath’s corner.

The players looked ring rusty after a five-month break, but Livi responded positively in the second half. They had the bulk of possession but could not find a way to get level. Instead, the home side had a couple of late chances to double their lead.

Defender Jack Fitzwater and attacker Alan Forrest made their first starts for Livi with Lyndon Dykes, who has been linked with Rangers, leading the line and all the players took a knee in support of the Black Lives Matter movement just before kick-off.

The game witnessed its first shot on target after 21 minutes when Livi’s Efe Ambrose turned in from the left flank and tried his luck from distance but Alnwick gathered with confidence.

The home side took the lead with their first real effort nine minutes later with Tait nipping in unmarked to power McGrath’s cross from the right past Robby McCrorie.

Five minutes before the break, Livingston midfielder Craig Sibbald flashed a drive from 25 yards against the outside of Anwick’s left-hand post and behind, but that was the extent of the Lions’ response.

A timely intervention from Sibbald a minute from the break prevented Cameron MacPherson getting in a shot against McCrorie at the end of a swift Saints break.

Livingston tried to force their way back after the interval.

Alnwick got his fingertips to a Forrest curled effort five minutes after the restart but the Paisley side defended the corner again with determination.

Livi’s Nicky Devlin headed a Fitzwater cross just over the bar then claimed unsuccessfully for a penalty when Tait blocked his attempted cross.

The match descended into a scrap again with both defences coping with the mostly aerial attacks.

Livi pressed harder in the tiring closing stages but with nine minutes remaining in a rare St Mirren break, substitute Junior Morias, on for Kyle McAllister, cracked the base of the post with a volley from 10 yards.

A goal then would have made the final minutes easier for the home side but they had enough determination to see out four added minutes.

It’s a tough away trip for St Mirren next Sunday when they face Rangers at Ibrox (kick off 3pm), meanwhile Livingston will host Hibernian on Saturday afternoon (kick off 3pm).