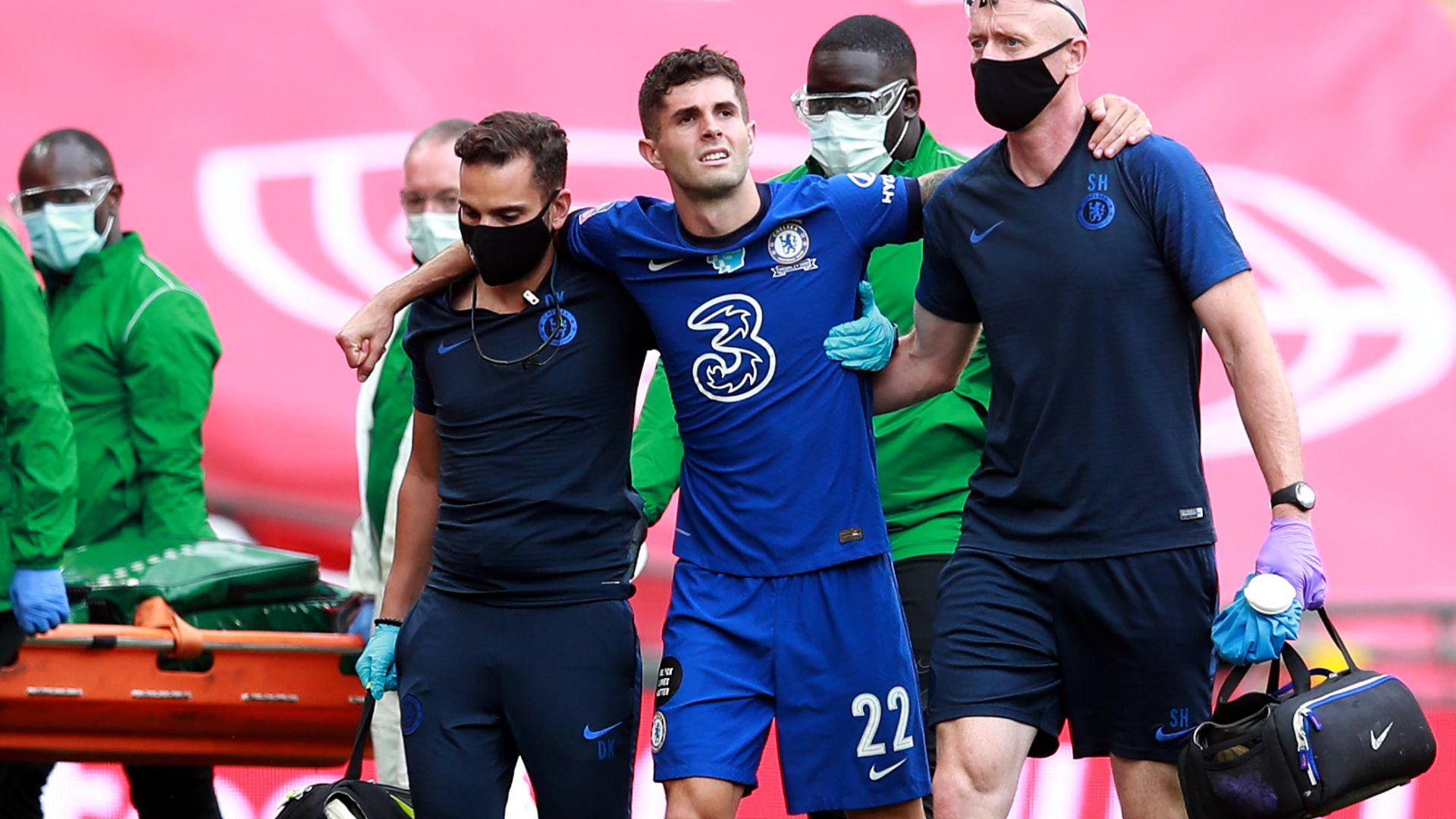 Christian Pulisic, Cesar Azpilicueta and Pedro were all injured during Chelsea’s FA Cup final defeat to Arsenal, handing Frank Lampard a triple injury blow ahead of his side’s return to Champions League action against Bayern Munich.

Both Azpilicueta and Pulisic appeared to pull their hamstrings in either half during the 2-1 defeat at Wembley. Azpilicueta hobbled off 10 minutes before half-time, shortly after conceding the penalty which saw Pierre-Emerick Aubameyang make it 1-1.

Pulisic had opened the scoring for Chelsea in just the fifth minute of the match, but he too left the field clutching his hamstring just after the restart.

A late shoulder injury to Pedro – with Frank Lamaprd saying it had been dislocated – in his final domestic game for Chelsea before he joins Serie A club Roma was the final act of the game, as hopes of a late equaliser diminished.

All three look likely to be doubts for the second leg of Chelsea’s Champions League last-16 tie against Bayern Munich on Saturday August 8 – which the Blues trail 3-0 on aggregate.

An Aubameyang brace saw Arsenal clinch a record 14th FA Cup victory, and means the Gunners have won all three of their finals with Chelsea.