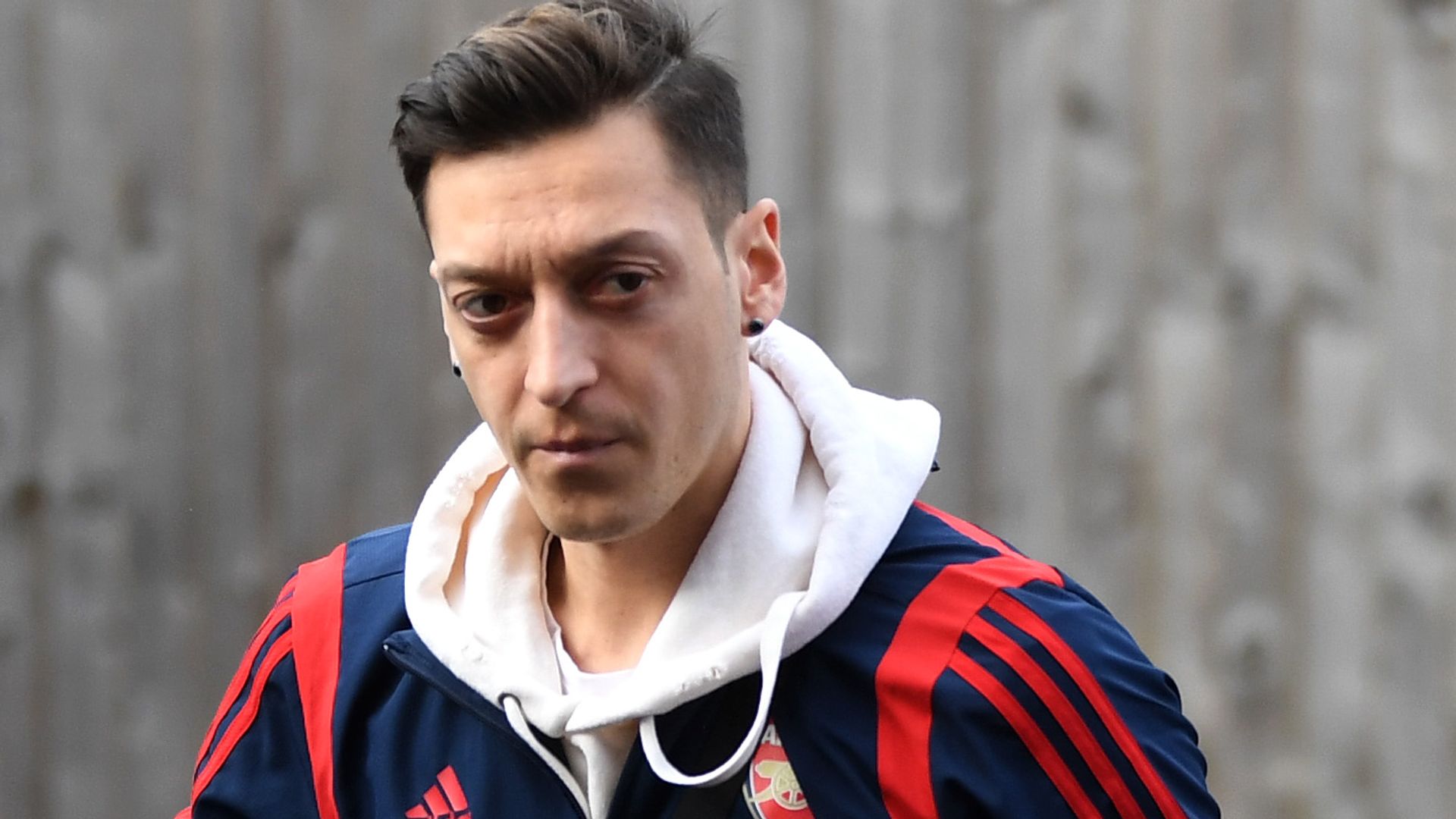 Ozil is highest earner at Arsenal on £350,000 a week and has one year left on his contract

Arsenal midfielder Mesut Ozil will not feature in Saturday’s FA Cup final against Chelsea after travelling to Turkey.

Ozil was left out of Arsenal’s squad for the match and his future looks increasingly uncertain after he was given permission by the club to leave the UK.

The 31-year-old has not played a single minute for the Gunners since the season resumed in June.

He still has one year left on a £350,000-a-week contract and Arsenal want to move him on this summer. However, Ozil’s agent says he will not leave until the end of his contract.

Arsenal head coach Mikel Arteta has been reluctant to talk about Ozil in public.

Arteta said Ozil missed the first game back after the restart against Manchester City for tactical reasons and he is said to have not featured in subsequent squads because of a back injury.

Merse: He’s the worst player in the world without the ball

Former Arsenal forward Paul Merson feels it is too late for Ozil to fit into the Gunners’ style, with Arteta looking to solidify the team and make them more durable defensively.

He said: “I think Ozil is a prime example of a player who has to play in a proper team, that is going to be right up there, dominating football matches. He’s got to play in a majorly successful team.

“He can’t play in this Arsenal team, here’s why: he’s not going to change his game now in his 30s, and Arsenal aren’t going to change their game for him. He isn’t tracking back, chasing players, and you need him in a team where you’re getting 70 per cent of the ball each week, and he’ll play. You get players around him, let him play.

“We all know how Ozil plays, you give him the ball and he’ll find you. If you don’t have the ball, he won’t win it back for you for love nor money. He’s not interested when they don’t have the ball. How can you give someone £350k-a-week when we all knew that was his style of play?

“If he hasn’t got the ball he’s one of the worst players in the world! I would say that. Name me a worse player in the world when their team doesn’t have the ball? I’ve never seen somebody so disinterested when they don’t have the ball, but he hurts you at the other end!

“Can Arsenal form a team around him? At the moment, it’s at the stage where you can’t do that. They’re not going to change the team for him. He’ll pick up his £350,000-a-week and everything is rosy for him.

“They have to come to a deal with him; maybe he’ll take £200k a week somewhere else. I don’t know how this gets resolved though. Does he want to play football? If he loves football, he has to come to a deal with Arsenal, but it’s easy to say that. Nobody wants to lose £150k a week, no matter how much you earn! Who is mad enough to throw that money away, no matter who you are?”