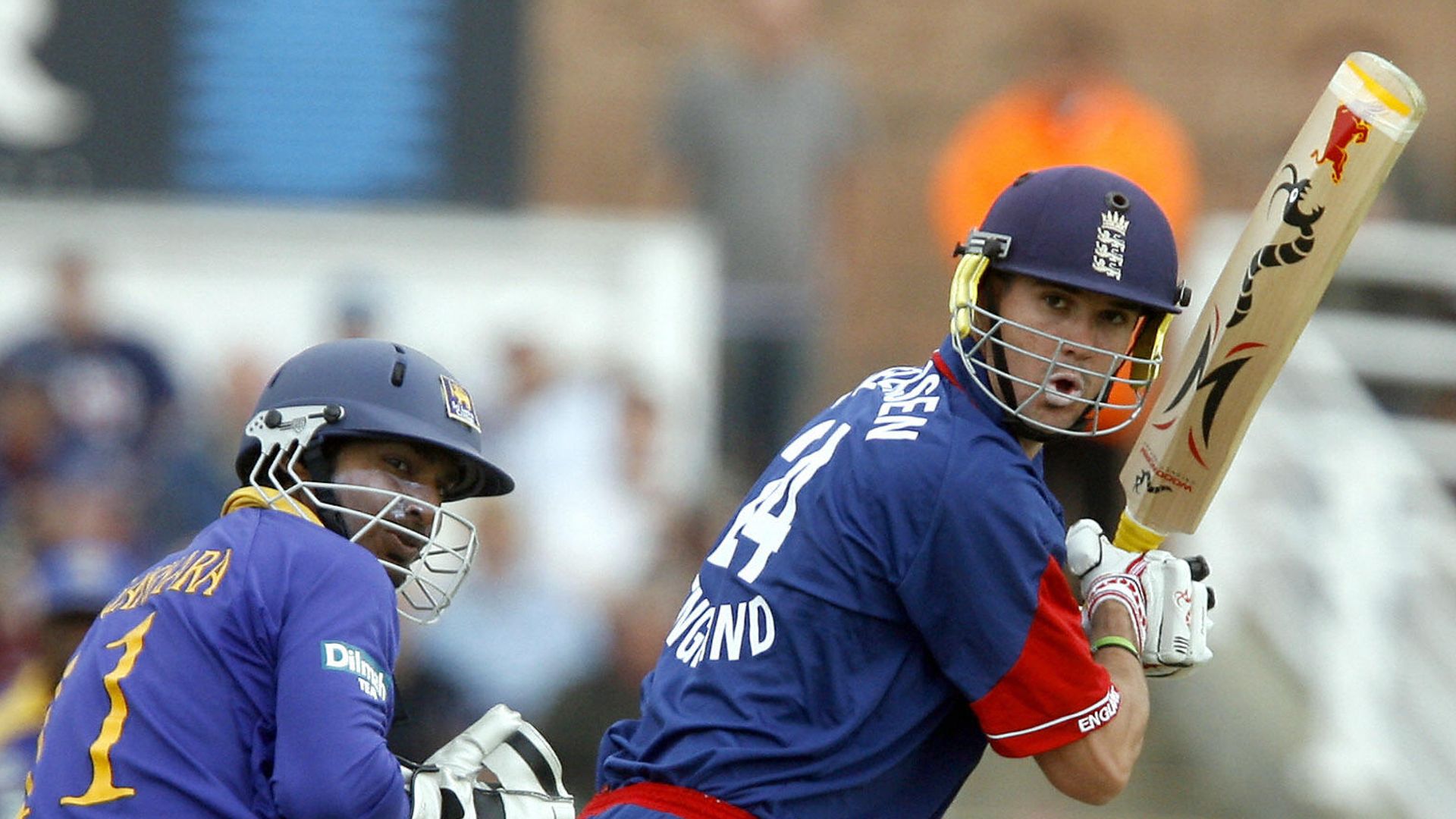 “Dravid wrote me the most beautiful email, explaining the art of playing spin and ever since then it was a whole new world.”

During his 10 years as an England player, Kevin Pietersen ranked as one of the world’s most watchable, explosive batsmen – particularly in limited-overs cricket.

Now KP joins Rob Key and Nick Knight for a one-day batting masterclass, where he discloses some of the secrets of his technique and the influences behind his approach to batting.

Watch in full in the video at the top of the page.

Some of those might come as a surprise – for example, the ex-England batsman demonstrates his famed switch-hit, which he says was partly the product of hours spent playing squash as a youngster.

Pietersen also recalls how his Indian Premier League experiences, batting alongside world-class players such as Rahul Dravid and Virender Sehwag, helped him to expand his repertoire at the crease.

“Dravid wrote me the most beautiful email, explaining the art of playing spin and ever since then it was a whole new world,” said Pietersen. “The key point was looking for the length as soon as the ball was delivered – wait for the spinner and make your decision.”

KP also discusses the importance of head position, outlines what he calls his ‘4-3-2-1’ attitude to run-scoring – and also reveals the shots that he found hardest to play throughout his career.

Meanwhile, Knight – whose ODI average was remarkably similar to Pietersen’s – analyses how one-day batting tactics changed after the end of his own international career.

“That’s how the game has evolved. Brave players would see it differently.”

As FAM changes tune to placate Zamsaham, Kelantan tell MFL to show them the money