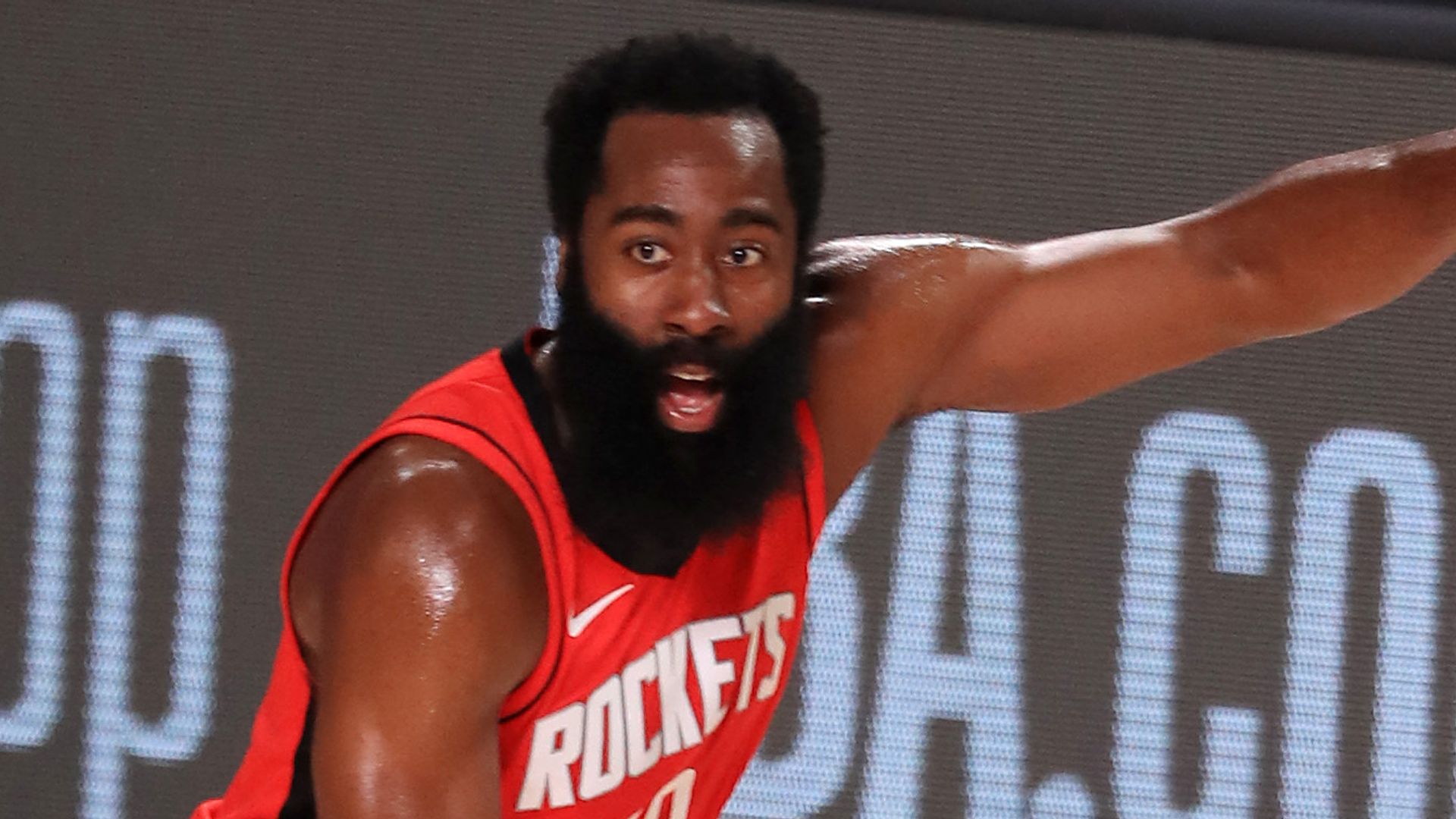 James Harden deflected praise of his own performance and hailed his team-mates’ resilience after the Houston Rockets battled to an overtime win over the Dallas Mavericks.

Harden scored 49 points as the Rockets outlasted the Mavs 153-149 on Friday night in their first game in the NBA bubble.

After trailing for much of the game, Houston outscored Dallas 31-20 in the fourth quarter and forced overtime when Robert Covington tipped in a missed Harden free throw with 3.3 seconds remaining. Harden scored seven points in overtime to help the Rockets close out the win.

“It’s not even about the points,” Harden said in an on-court interview after the game. “Our effort was there continuously throughout the course of the night against one of the best offensives in this league. They were going to be tough from the beginning of the game and we had to stay with it, even when we were down by double digits. We kept fighting, especially on the defensive end and forced overtime.

“We wanted to stay with it and give ourselves a chance at the end of the game. We did that. Our confidence defensively was building, especially in that fourth quarter. We kept pushing the tempo, kept fighting.”

Harden raved about Covington’s tip-in. “Unbelievable play,” he said. “I didn’t mean to miss [my free throw], I intended to make it. It was just a perfect miss.”

Luka Doncic, who put up a 28-point triple-double but shot just 1-of-9 from three-point range, hoped the game will be a lesson for the Mavericks.

“We are a young team. We have got a lot to learn,” he said. “We will get better, for sure. I know we are going to get together when it matters most, so I’m not worried about that.”

Dallas coach Rick Carlisle said: “This is a tough loss. This is about as tough as it gets, and it just comes down to basic execution.”

After a gruelling overtime encounter, Harden was asked if running the stairs at the Rockets’ hotel had helped his conditioning in an extended first game back.

“You can’t be telling everybody my secrets!” he said. “I felt good. An overtime game for the first regular season game in a long time… my body held up really well.

“We just want to be playing well offensively and defensively. [With] our communication, tonight was a really good start. We made mistakes but we will watch film tomorrow and be better the next day.”

NBA TV Gametime analyst Caron Butler was asked after the game if the Rockets ‘small ball’ philosophy will continue to bring them success in the NBA bubble.

“I think it will,” the two-time All-Star said. “It is their philosophy and it is how they are moving forward. They have dynamic players with dynamic talent. Russell Westbrook and James Harden have the necessary shooting around them to provide the ‘real estate’ [spacing] for them to go downhill and attack early, often and late.

“As long as they stay with it, they are always in ball games because of that offensive firepower.”