Marcos Escudero thought it was weird.

That’s how the Argentine light heavyweight described the scoring of his first fight against Joseph George. Escudero was far busier and landed more punches overall, but George staggered Escudero in the ninth round, landed the heavier shots and was more accurate with his punches.

Nevertheless, Escudero is convinced he did more than enough to beat George in a 10-round fight Showtime televised November 15 from WinnaVegas Casino Resort in Sloan, Iowa. 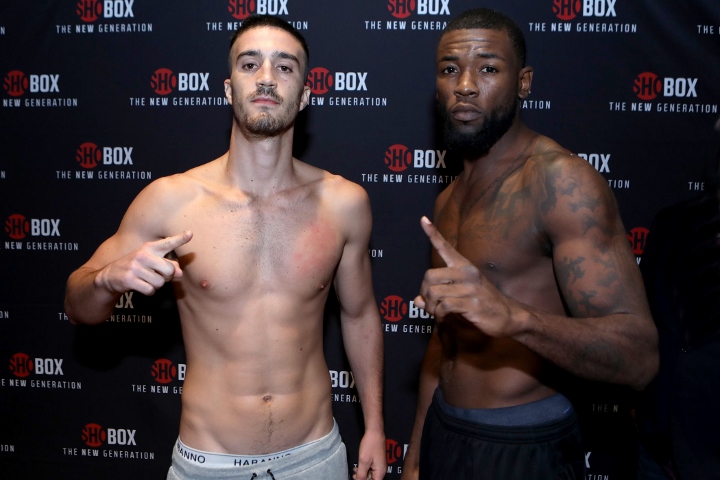 Escudero is thankful for their rematch Saturday night. Unlike their entertaining encounter eight months ago, he has no intention of letting this 10-rounder reach the scorecards.

“We are going for the knockout,” Escudero said during Showtime’s virtual press conference Wednesday. “We will bring to the ring an entertaining fight. We don’t wanna go the distance. We know I have enough power to don’t go to the scorecards. That’s what we’re looking for, absolutely.”

This second bout between Escudero (10-1, 9 KOs) and George (10-0, 6 KOs) will be the first of three fights Showtime will televise from Mohegan Sun Arena in Uncasville, Connecticut, starting at 9 p.m. ET/6 p.m. PT. Houston’s George, 31, and Buenos Aires’ Escudero, 27, were supposed to box again March 28 at Park MGM in Las Vegas, but Showtime’s tripleheader was canceled due to the COVID-19 pandemic.

“Everyone already knows,” Escudero said. “Everyone saw what happened in that fight, so I believe I did enough to get that victory. But, you know, it is boxing. It is what it is. And now the most important thing is I already changed my team. Now I’m working with a new team, a new training camp, with coach Kev, and that’s most important for me. So, everyone watching is gonna see a different fighter on Saturday night, absolutely.”

In its second bout, Raeese Aleem (16-0, 10 KOs), of Muskegon, Michigan, and Washington, D.C.’s Marcus Bates (11-1-1, 8 KOs) will square off in a WBA elimination match. Bates replaced Tramaine Williams on just three days’ notice and will get a chance to avenge his lone loss – an eight-round, unanimous-decision defeat to Aleem in April 2018 at 2300 Arena in Philadelphia.