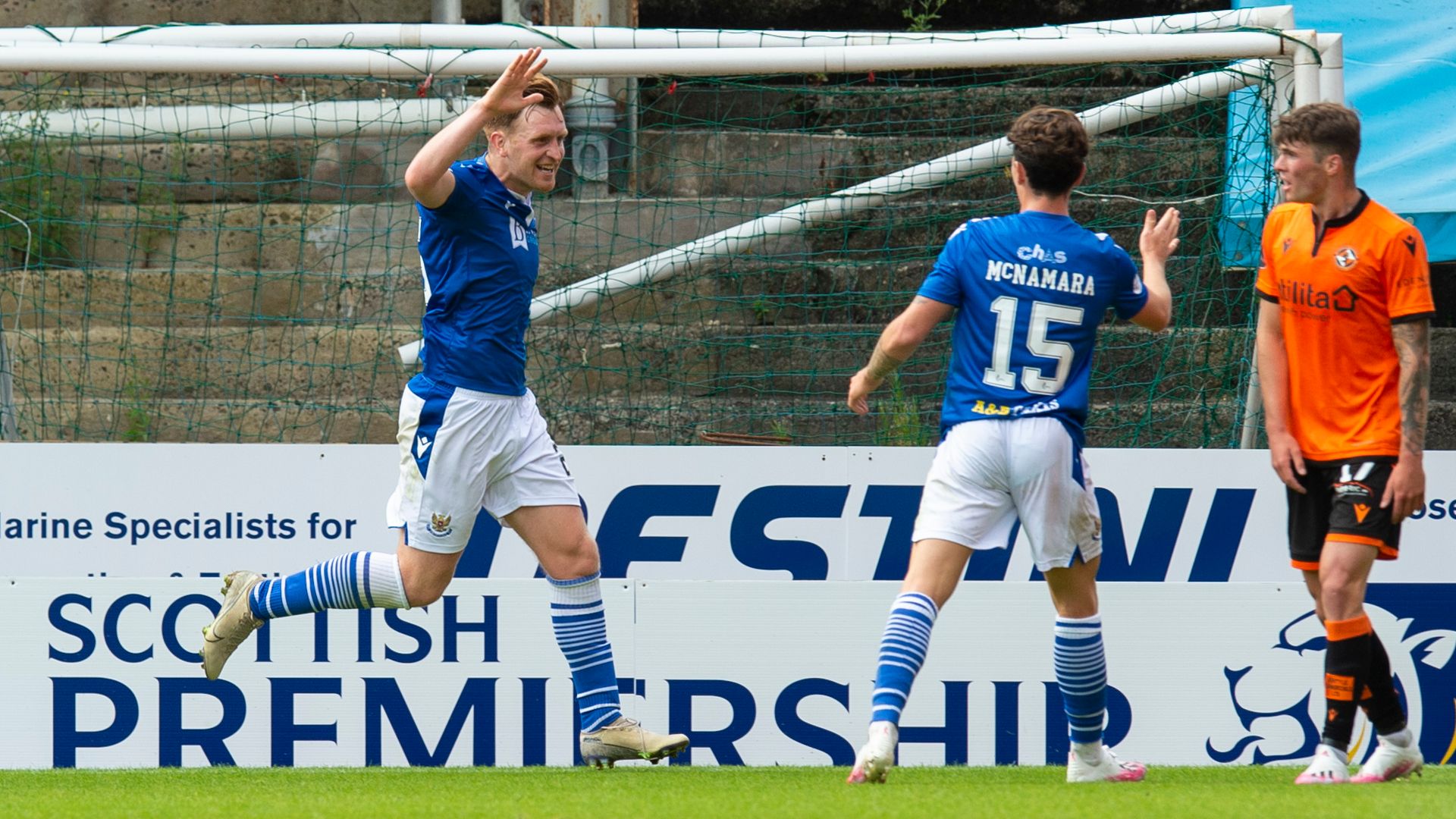 Liam Craig levelled for 10-man St Johnstone after earlier conceding a penalty as Dundee United were held to a 1-1 draw on their Scottish Premiership return.

Nicky Clark took less than six minutes of his top-flight debut to put United in front from the spot as Premiership football returned to Tannadice following a four-year absence.

But Craig volleyed home 10 minutes into the second half and United took time to recover from the blow before being frustrated as they chased a late winner.

The Tayside derby was not lacking in intensity despite the absence of fans as Scottish football emerged from its 20-week hiatus.

United skipper Mark Reynolds unfurled the Championship title flag for the benefit of the United fans watching on live streams and they would soon have been celebrating in their living rooms.

Peter Pawlett cut open the visitors and, although Ian Harkes hesitated when the shot was on, the American set up Liam Smith to fire a shot which was blocked by Craig. Referee Kevin Clancy was well placed and pointed to the spot amid handball appeals, although Craig contended the ball had hit his chest.

Former Aberdeen trainee Clark has been a prolific goalscorer for Queen of the South, Rangers and Dunfermline but the 29-year-old was making his first top-flight appearance and marked it with a well-taken spot-kick.

O’Halloran might have been sent off even earlier than he was, escaping with a yellow card for a studs-up challenge on Pawlett.

Saints finally got United on the back foot midway through the half when David Wotherspoon collected a long pass but the midfielder shot just wide from 20 yards after cutting inside.

The home side continued to have the better of the first-half play, with Pawlett and Callum Butcher threatening and O’Halloran put his team further in trouble.

The forward had committed another couple of fouls in between his cards and had little complaint when he was penalised for leaving his foot in on Butcher.

United striker Lawrence Shankland, who hit 29 goals last season, had several openings early in the second half but was too high with the only shot he managed to get away.

The visitors levelled when Craig volleyed home from 15 yards after debutant Danny McNamara’s cross was half-cleared.

Saints were lifted and Wotherspoon and McNamara had efforts saved in quick succession as the visitors claimed the initial effort hit a defender’s hand on its way towards goal.

Harkes had a shot comfortably saved from a promising break and Mellon switched tactics in the 64th minute when he brought on new signing Luke Bolton, the Manchester City loan winger, for one of his three centre-backs, Lewis Neilson.

The hosts gradually got back on top but could not trouble Parish as Saints defended well.

Dundee United will be back in action next Saturday against Motherwell (kick off 3pm) while St Johnstone will be at home to Aberdeen on the same day, live on Sky Sports (kick off 12.30pm)