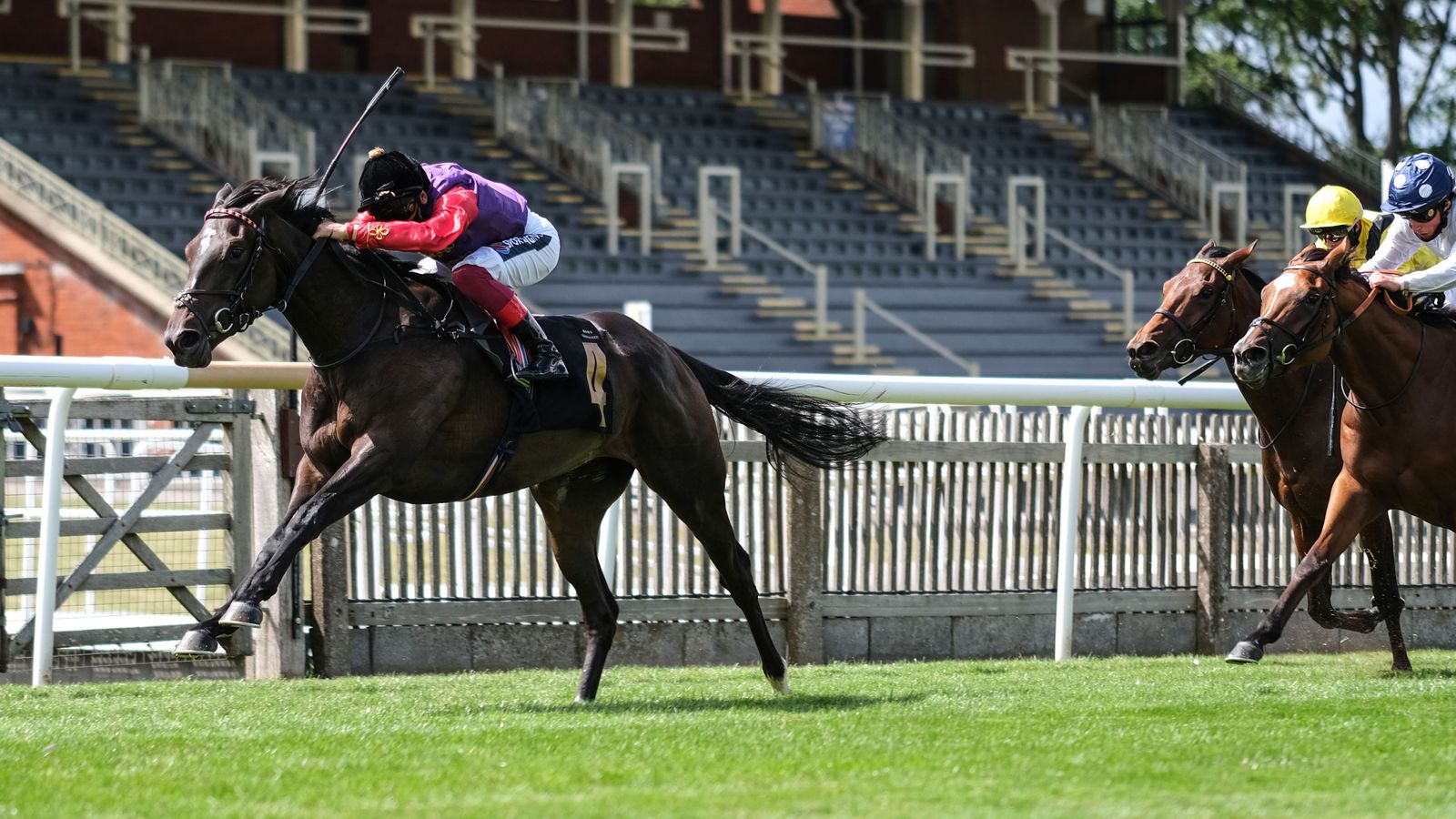 Frankie Dettori made his fleeting visit to Newmarket on Saturday a triumphant one when carrying the colours of the Queen to glory aboard Lightness in the MansionBet Best Odds Guaranteed EBF Fillies’ Handicap.

The popular Italian found himself back among the winners a week on from steering Enable to an unprecedented third King George VI And Queen Elizabeth Stakes for trainer John Gosden, guiding her lesser-known stablemate to victory in the mile-and-a-quarter prize.

Although Dettori’s latest success was relatively low key, it has been a few days to savour for the three-time champion jockey – who celebrated further Group One glory on Tuesday when partnering Gosden’s star stayer Stradivarius to a record-breaking fourth Goodwood Cup success.

Reflecting on his recent exploits in the saddle, Dettori said: “I can’t believe a week has already passed since Enable won her record-breaking third King George. She was great and so was Stradivarius.

“To win on my two favourite horses in the space of three days was fantastic. It was unbelievable that both victories meant that each of them went into the record books as well. That made it extra special.

“Full credit has to go to all the team at Clarehaven Stables and especially John. To get Enable back like that was amazing for everyone to see. It is amazing to see her still have that same enthusiasm she had when she was three.

“What a horse Stradivarius is to win like he did. What a fantastic race it was, but it just shows you how talented he is. To ride a winner for the Queen today completes a great week.”

The drop back to 10 furlongs was identified as the key to Lightness (11-5) ending a run of three successive seconds and getting her head in front for the first time in her career, according to champion trainer Gosden.

He said: “I think the mile and a half was too far for her last time at Ascot. She had the race won then, just got outstayed. We dropped back to a mile and a quarter and it has played to her strengths.

“She won it nicely and we are pleased to win with her.”