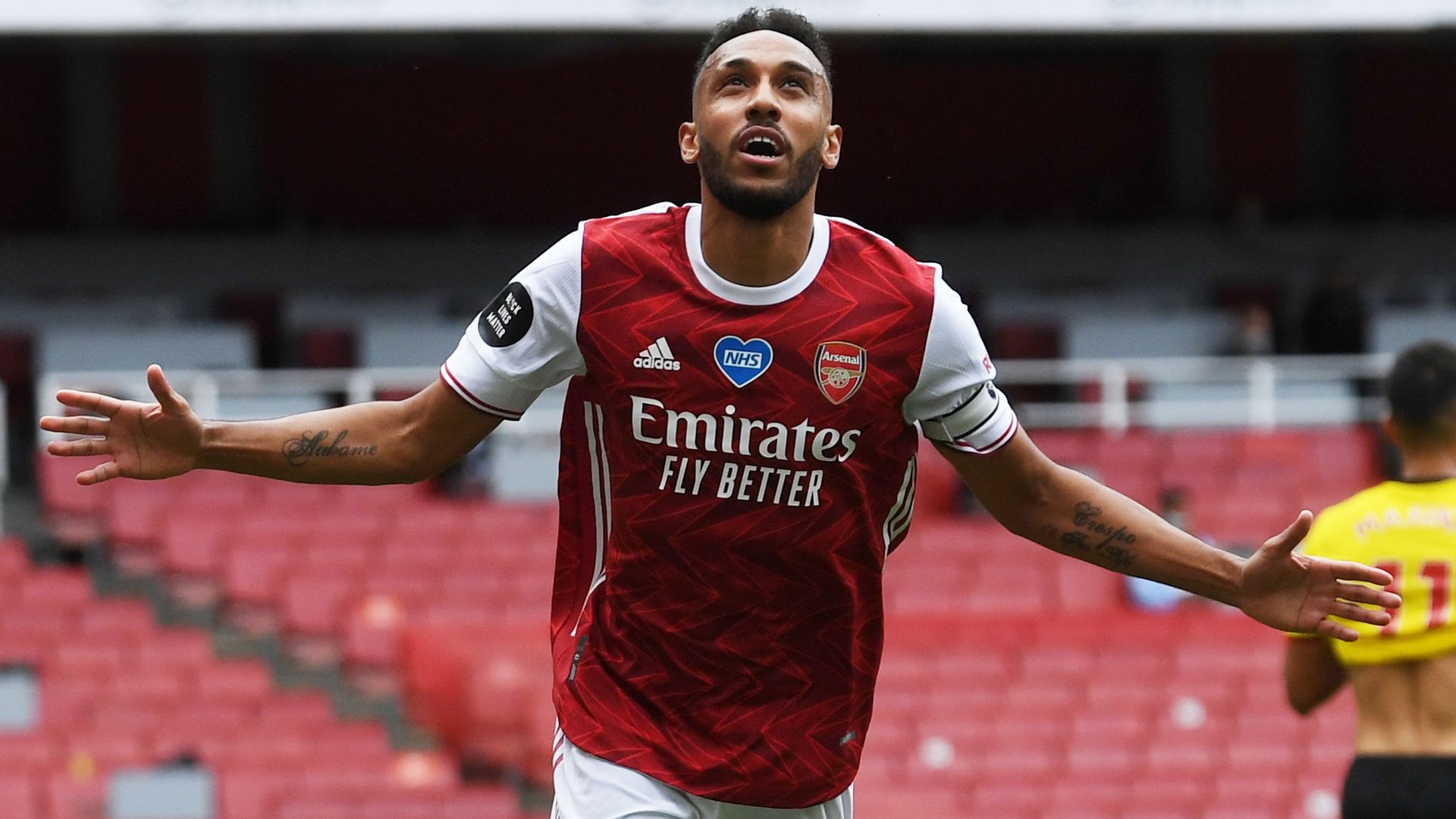 The latest transfer news and gossip on the players linked with Chelsea – and those who could leave the club.

Chelsea have completed the signing of RB Leipzig forward Timo Werner, subject to a medical.

The latest players linked with a move to Chelsea…

David Alaba – Chelsea and Manchester City are among a number of leading clubs who are monitoring whether Alaba signs a new contract at Bayern Munich (Daily Telegraph, July 31).

Ben Chilwell – Chilwell will inform Leicester he wants to quit the club and join Chelsea, where Frank Lampard will make him first-choice left-back (Daily Mirror, July 29); Chelsea have been handed a transfer boost for Chilwell’s signature with the news Ajax will sell Nicolas Tagliafico, who could end up taking his place at Leicester (Metro, June 28); Chelsea are in talks with Leicester over the £80m left-back as Frank Lampard’s transfer spree steps up a gear (Express, June 20); Leicester’s Chilwell remains Chelsea’s primary left-back target this summer but Frank Lampard has three back-ups. (Daily Star, June 16); Chelsea are confident they will be able to sign Chilwell from Leicester if they secure a place in next season’s Champions League (Daily Mail, June 13); Manchester City are keen to sign Chilwell along with Chelsea (Sky Sports, June 8).

Jan Oblak – Chelsea chief Marina Granovskaia has opened talks with Jan Oblak’s agent over a transfer (Daily Star, July 29); Manchester United and Chelsea are both keeping tabs on the Atletico Madrid goalkeeper, amid the poor form of both clubs’ current stoppers. (The Sun, July 25); Oblak interesting Chelsea “does not surprise” Atletico Madrid boss Diego Simeone, who hopes the goalkeeper will stay at the club (July 15).

Kai Havertz – Havertz is pushing hard for Bayer Leverkusen to agree a deal with Chelsea before next week’s Europa League match against Rangers (Sky Sports News, July 28); Chelsea are confident if signing the Bayer Leverkusen attacker after qualifying for next season’s Champions League (Daily Mail, July 27); Chelsea are confident that the German will join compatriot Timo Werner and become their third major signing of the summer even if they do not get the required point to qualify for the Champions League against Wolves (Mail, July 26); Havertz is set to “hold meetings” with Bayer Leverkusen – and is set to demand a Chelsea transfer (Daily Star, July 23); Chelsea are in talks with Bayer Leverkusen over a £70m deal to sign Kai Havertz (Sky Sports, July 21); Havertz is reportedly “very interested” in a move to Chelsea – but Frank Lampard’s side must secure Champions League football to land the attacker (Bleacher Report, July 20); Bayer Leverkusen have accepted defeat in their bid to keep the Germany international, who has chosen to join Chelsea (Daily Star, July 17).

Chelsea transfer target Kai Havertz will consider a move to the club, even without Champions League football, according to reports (Daily Star, July 15); Havertz will only join Chelsea as long as they qualify for next season’s Champions League (Bild, July 13); Leverkusen striker Havertz has been backed to sign for Real Madrid amid transfer interest from Chelsea (Daily Mirror, July 10); Chelsea are the favourites to sign Kai Havertz from Bayer Leverkusen this summer, but are not willing to pay the £90m asking price (July 8, Sky Sports News).

Jose Gimenez – Chelsea have scouted Atletico Madrid defender Gimenez, with Frank Lampard due to assess his options should he choose to make changes to his central defenders this summer (Daily Telegraph, July 24).

Marc-Andre ter Stegen – Chelsea want to complete an ‘impossible’ deal with Barcelona for the goalkeeper, with any move potentially including a swap deal for Kepa Arrizabalaga (Daily Mail, July 22).

Alphonse Areola – The Paris Saint-Germain goalkeeper has already bought a house in London as he plots his next move after the French title winners, with Chelsea chasing the Frenchman (The Sun, July 22).

Kalidou Koulibaly – Chelsea’s £52.85m bid for the Napoli defender was rejected because of one of their former managers Rafael Benitez (Star, July 26)

Dean Henderson – Chelsea are prepared to more than double the Manchester United goalkeeper’s wages to £170,000 a week in a bid to lure him from Old Trafford (Manchester Evening News, July 21). Chelsea have yet to decide whether to make a move for the Man Utd goalkeeper, currently on loan at Sheffield Utd (Sunday Express, July 19).

Declan Rice – Chelsea want to bring in Rice to add to their defensive ranks next season (Sun on Sunday, June 28); Frank Lampard has identified the West Ham midfielder as a potential defensive reinforcement (The Times, July 7).

Jadon Sancho – Chelsea are not completely out of the running for Borussia Dortmund winger Sancho (Goal, July 4); Sancho’s future at Borussia Dortmund remains uncertain after head coach Lucien Favre admitted the forward was among players that could leave this summer (Sky Sports, June 16); Real Madrid have entered the race for Manchester United and Chelsea target Jadon Sancho, according to reports (Daily Mail, June 3).

Other players recently linked with a move to Stamford Bridge…

The latest players linked with a Chelsea exit…

Kepa Arrizabalaga – The Spanish goalkeeper is resigned to never playing for Chelsea again with Willy Caballero set to face Arsenal in the FA Cup final on Saturday (The Sun, July 30).

Willian – The Brazilian could agree a new Chelsea deal following a breakthrough in negotiations (Sky Sports News, July 27); Arsenal have stepped up their hopes of signing Willian on a free transfer this summer (ESPN Brazil, July 23); Chelsea winger Willian has rejected a lucrative three-year deal with Inter Miami in the MLS and wants to stay in Europe (Daily Telegraph, July 13); The Brazilian has been offered a huge signing-on fee to join Tottenham. (The Sun, July 11); Arsenal were ready to offer Chelsea’s Brazil forward Willian, 31, a £250,000-a-week contract before the coronavirus pandemic (Mirror, June 26); Manchester United have been offered the opportunity to sign winger Willian on a free transfer with his Chelsea career coming to an end (Daily Mail, June 23); Manchester United have made contact with Willian’s agent ahead of a potential free transfer from Chelsea this summer, according to reports. (The Sun, June 17); Real Madrid have rejected the chance to sign Willian on a free transfer (Daily Mirror, June 2).

Tammy Abraham – The Chelsea forward’s long-term future at the club could be in doubt, despite his contract being extended by a further year to run until 2023 (Daily Star, July 15).

Kepa Arrizabalaga – the Spaniard is resigned to leaving Chelsea in the summer and is ready to take a pay cut to facilitate a move away from Stamford Bridge (Sun, July 26)

Pedro – Willian and Pedro have agreed short-term contracts with Chelsea to see out the remainder of the season. Pedro will join Roma on a two-year deal when his Chelsea contract expires at the end of the season.

N’Golo Kante – Midfielder Kante could reportedly be on his way out of the club, with Inter Milan interested. The French midfielder may leave Stamford Bridge for “the right money” (CalcioMercato, July 24); Chelsea are ready to sell the France international to raise funds for extra transfers (The Times, June 19); Real Madrid have set their sights on Chelsea star Kante for £71m (AS, June 13).

Tiemoue Bakayoko, Emerson Palmieri, Davide Zappacosta, Danny Drinkwater, Michy Batshuayi and Victor Moses have all been made aware that they do not have a future at Stamford Bridge under Frank Lampard.

Other players linked with a move away from Stamford Bridge…

Antonio Rudiger – The centre-back is facing an uncertain future at Stamford Bridge, with Chelsea yet to offer him a new contract (Daily Mail, July 17); Chelsea are said to be weighing up centre-back target before offering Rudiger, or Andreas Christensen, new deals (Goal, July 18).

Jorginho – The midfielder’s agent says they will enter talks about a contract renewal with Chelsea after there were rumours he would follow former manager Maurizio Sarri to Juventus (Calciomercato, April 22).

Marko van Ginkel – The player has confirmed he is in talks over a new deal at Stamford Bridge – despite not having played for the club since 2013. (Mirror, June 16).