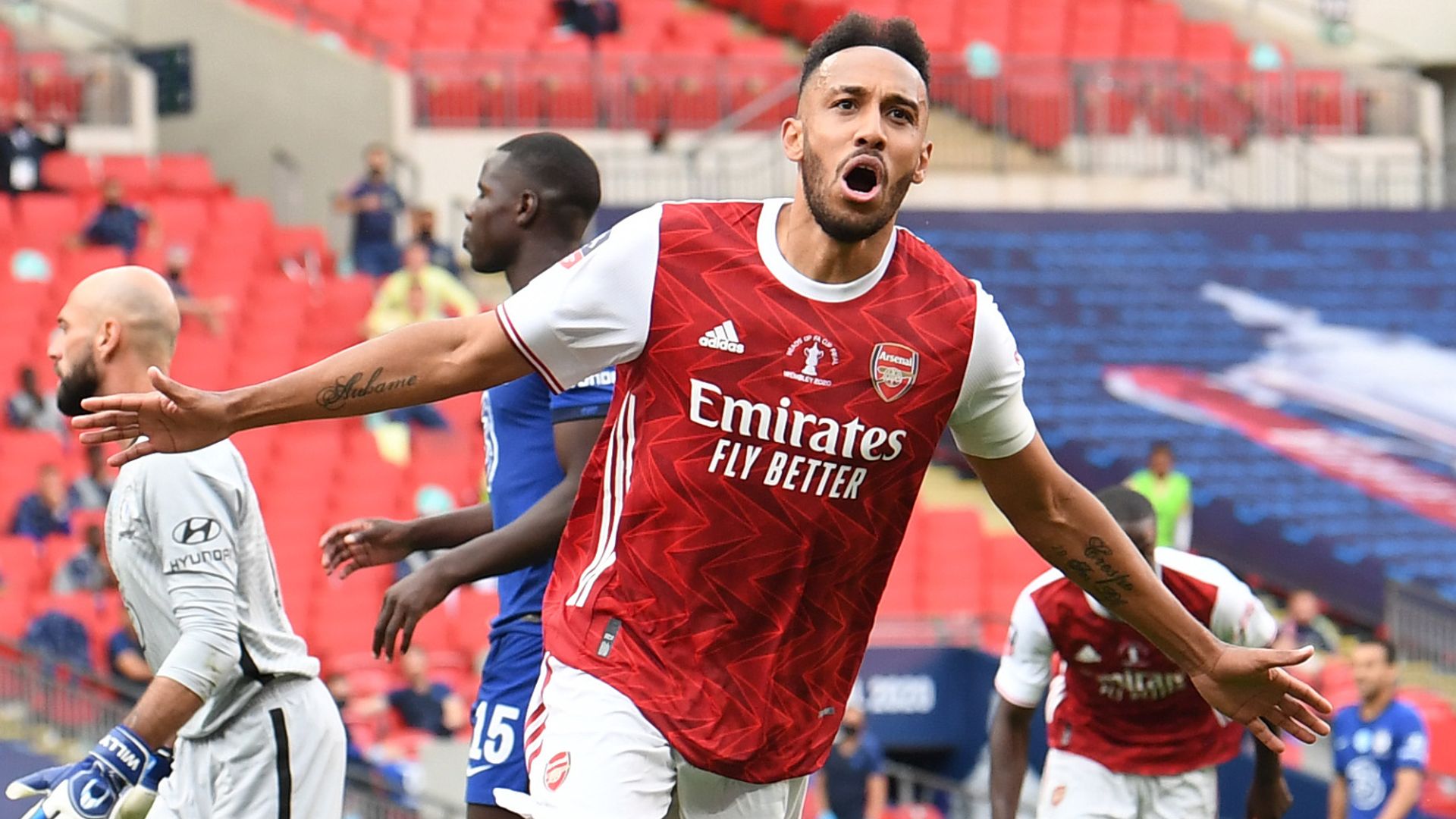 Pierre-Emerick Aubameyang scored twice as Arsenal came from behind to beat Chelsea 2-1 and win the FA Cup for a record 14th time at Wembley Stadium.

Chelsea took the lead after five minutes thanks to a brilliantly-taken strike from Christian Pulisic – who became the first American to score in an FA Cup final.

But Arsenal equalised shortly before the half hour as captain Aubameyang won and then perfectly converted his 28th goal of the season from the penalty spot.

Chelsea lost captain Cesar Azpilicueta and Pulisic to hamstring injuries either side of the interval and fell behind on 67 minutes when Aubameyang lifted a stunning second over Willy Caballero.

Chelsea hopes were extinguished six minutes later when Mateo Kovacic was sent off for a second bookable offence, as Arsenal used their numerical advantage to secure the first trophy of Mikel Arteta’s tenure and a place in next season’s Europa League.

Man of the Match: Pierre-Emerick Aubameyang

How Aubameyang inspired Arsenal at Wembley

Aubameyang and Mason Mount registered early efforts in a lively start at Wembley, which culminated in Chelsea taking the lead with just five minutes on the clock.

Former Gunners striker Olivier Giroud’s clever flick released Pulisic into the box, where the American skipped past Kieran Tierney before slotting his 11th goal of the season past Emiliano Martinez.

Chelsea remained in the ascendancy as Arsenal took their time to grow, but the Gunners looked to have introduced themselves in spectacular fashion when Nicolas Pepe’s curled strike nestled in the top corner.

The Arsenal celebrations were short-lived though, with Aubameyang caught offside in the build-up, but seconds later the Gunners captain raced onto a ball over the Chelsea defence before being hauled to ground by Azpilicueta.

The Chelsea skipper was shown a yellow card by referee Anthony Taylor, whose decision to point to the spot was upheld by VAR, and Aubameyang clinically dispatched his fourth goal in two FA Cup appearances this season from 12 yards.

The loss of Azpilicueta to a serious-looking hamstring injury confirmed a torrid couple of minutes for Chelsea, who were under the cosh and thankful to reach the break level having lost all of their early momentum.

Chelsea weathered the loss of Pulisic within seconds of the restart with a dominant spell as they looked to reassert their authority, but a moment of brilliance from Aubameyang fired the Gunners in front for the first time.

Hector Bellerin’s burst forward and a rash challenge from Andreas Christensen diverted the ball into the path of Pepe, his pass found Aubameyang and the Gunners skipper skipped past Kurt Zouma before chipping a sublime second over Caballero.

Kovacic’s second yellow for a foul on Granit Xhaka and subsequent dismissal effectively ended Chelsea’s hopes of overturning Arsenal’s lead, and a late shoulder injury to Pedro in his final game for the Blues was the final act of Chelsea’s capitulation as the cup slipped out of their hands.

Chelsea face Bayern Munich in the last-16 of the Champions League on August 8 at 8pm.

Arsenal and Chelsea are back in Premier League action next month, with the 2020/21 season kicking off September 12.