Valdez was in action back on July 21, when he knocked out Jayson Vélez in the tenth round.

Now he sits back and waits for Top Rank to provide him with a finalized date for the clash with Berchelt.

“People are hungry to see a good fight like the one we can offer, because they know that when two Mexicans get in the ring they will give their best effort to try to win and offer a great show. People want to see fights like those that were offered in the past by Erik Morales and Marco Antonio Barrera, who went in the ring and left their souls. I think that if this [next fight] is against Berchelt, it could be that type of fight,” Valdez told ESPN Deportes. 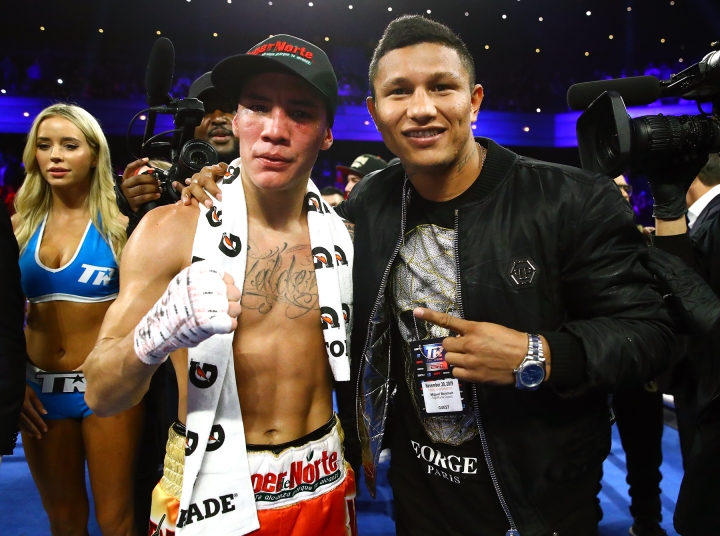 Asked if he feels ready to face a similar challenge to keep grooming his skills at 130, Valdez acknowledged:

“There is still room to continue improving, but I definitely dream of that fight [with Berchelt]. I think I have a winning mentality in which the possibility of losing does not exist. I am very disciplined since there is not a day that I don’t train at the gym giving a 100% effort. And I also have a great team led by Eddy Reynoso who knows how to make the best of me,” Valdez said.

Valdez reviewed his last fight and believes that he certainly made mistakes in the ring.

“After analyzing the fight with Eddy, I realized that I needed to throw better combinations and be more aggressive, something that experts such as Juan Manuel Márquez, Julio César Chávez and Marco Antonio Barrera himself expressed,” Valdez said.

“There are those who even thought that I had lost part of that spark, but this is a process in which we have been with Eddy Reynoso for two years and we are on the right track. What it is right now, is to be more aggressive without losing any defense. I must continue to improve. We are two great fighters [me and Berchelt] and when two boxers of these characteristics get in the ring, the technique is left out of the window and the natural instinct of a boxer is the one that predominates. But I am convinced that I must be smart and do the things that will allow me to win that fight.”