As much as Tramaine Williams wants this title shot, the unbeaten junior featherweight contender cannot help but feel bad for Stephon Fulton.

Williams knows exactly what it’s like to wait impatiently for that championship chance. While appreciative that he’ll get that opportunity instead, Williams realizes testing positive for COVID-19 and losing that title shot must be crushing for Fulton.

“It was bittersweet because Stephen Fulton prepared eight weeks to fight for a world title,” Williams said during Showtime’s virtual press conference Thursday. “He’s been dreaming of that his whole life. He didn’t get the opportunity, so my heart goes out to him. And it was sweet on my end because I get to fight for a world title, something I always wanted to do my whole life.” 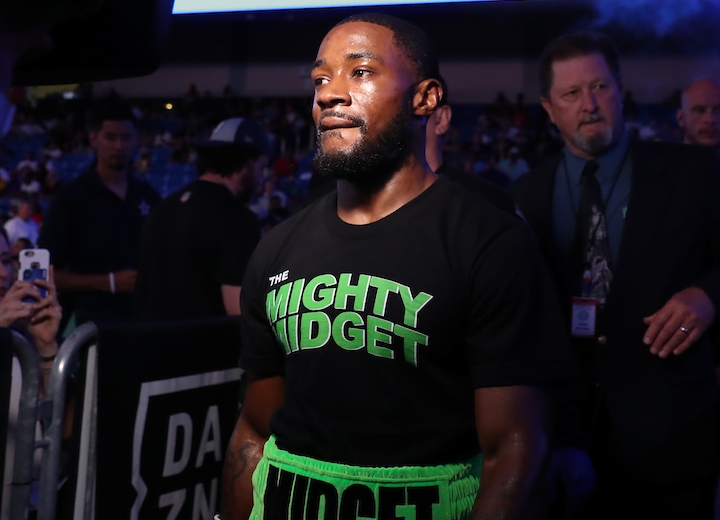 Showtime will televise Leo-Williams as the main event of a tripleheader Saturday night from Mohegan Sun Arena in Uncasville, Connecticut (9 p.m. ET/6 p.m. PT). Williams was supposed to face Raeese Aleem (16-0, 10 KOs), who now will meet Marcus Bates (11-1-1, 8 KOs) in the co-feature, a 12-round, 122-pound rematch.

“Opportunities come far and few between, and when they come knocking you’ve gotta open the door,” Williams said. “You’ve gotta be ready for ‘em, be ready to take the risk, jump in face-first.”

“I know he’s trying to win a world title,” Williams said. “He’s a talented fighter, 19-0, beat a couple decent fighters. So, it’s not gonna be a cakewalk. I’m ready for him.”

The skillful southpaw from New Haven, Connecticut, considers Leo, who is promoted by Floyd Mayweather, more of a threat than Las Vegas’ Aleem.

“He’s a sharp fighter,” Williams said. “He’s gonna be in shape. He’s gonna be ready to come in to fight, throws decent body shots. We’re just gonna take that away.”

Williams isn’t the least bit uneasy now that he has been thrust into a title fight so suddenly.

Assuming Fulton is healthy, he is expected to fight the Leo-Williams winner next. Pending the WBO’s approval, that bout should happen sometime within 180 days of the Leo-Williams fight Saturday night.