It’s a battle of two of Thailand’s finest over the last decade or so.

One is, presumably, a little closer to the form that led to accomplishment.

Srisaket Sor Rungvisai should be at the very least well rested in his first appearance since losing the lineal Jr. bantamweight crown in a rematch with Juan Francisco Estrada. The loss marked the end of a superb winning streak for Sor Rungvisai that included hanging the first two losses on future Hall of Famer Roman Gonzalez and a win over Estrada in their first encounter. 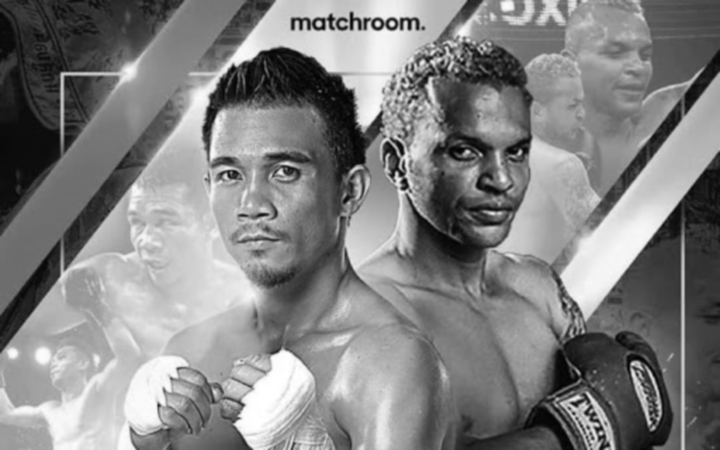 Sor Rungvisai returns to find his division just as intriguing as it was more than a year ago. Gonzalez has reasserted himself as one of the best in class and both he and Sor Rungvisai have eyes on Estrada to continue what has been one hell of a round robin.

While it all shakes out, Sor Rungvisai gets a regional rival in former flyweight titlist Amnat Ruenroeng. Once one of the leading flyweights in the world, Ruenroeng has struggled since losing his title in 2016 both in the paid and unpaid Olympic ranks. Aged but still active, Saturday’s clash (YouTube, 3:45 AM EST) could be a last hurrah.

But not every last hurrah is a loss.

The Case for Sor Rungvisai: Sor Rungvisai has had time to think about what was arguably the worst tactical decision since Marvin Hagler started the Ray Leonard fight in an orthodox stance. Sor Rungvisai skipped the cliche about what causes history to repeat in two ways, mimicking Hagler’s error and not following a path to success he’d already traveled in the Estrada rematch. From his typical southpaw stance, Sor Rungvisai is a clever banger, able to get hard to the body and head with a vicious right hand. All three knockdowns of Gonzalez came on the right hook, to the body in the first fight and the head in the second. If he can use his thudding jab to get close, Ruenroeng will find the right hard to defend. That Sor Rungvisai also has a heavy left amplifies the danger.

The Case for Ruenroeng: At his best, Ruenroeng was a clever boxer whose early struggles in life including a lengthy prison sentence may have lent to a willingness to do anything to win. Quick with long arms, a long jab, smart head movement, and a good sense of distance, Ruenroeng could be a hard target. As he’s aged and his reflexes have slowed, Ruenroeng has been easier to find but he still has a deep bag of tricks, frustrating opponents with clinches, grappling, and sometimes fouls. If he can upset the timing of Sor Rungvisai and keep his output down, there is a scenario where Ruenroeng would be capable of picking his spots and finding a path to a win on points but he may well have to be as perfect as he’s capable of now to pull it off.

The Pick: Ruenroeng hasn’t been fighting the same level of competition as Sor Rungvisai in recent years and even his most perfect form at age 40 is unlikely to be enough. This feels like a tune-up fight where the names on the marquee just give it a little more panache. The inactivity of both men might be a slight advantage to Ruenroeng given how awkward he can be at times but ten rounds is a long time to stay out of the reach of a Sor Rungvisai who is also more used to fighting at a heavier weight (even if 120 lbs. is high for both men). Once Sor Rungvisai gets close, he is likely to take this one over and the pick is a stoppage sometime in the middle of the bout.