Robert Garcia isn’t taking any chances with COVID-19, not with so many elite fighters under his wing who have important bouts in the coming months.

That’s why the respected trainer has hired a home nurse who will supervise weekly COVID-19 tests for anyone who enters his boxing gym – the Robert Garcia Boxing Academy (RGBA) – in Riverside, CA.

“I should have done this a month ago,” Garcia told The Desert Sun. “But I didn’t.” 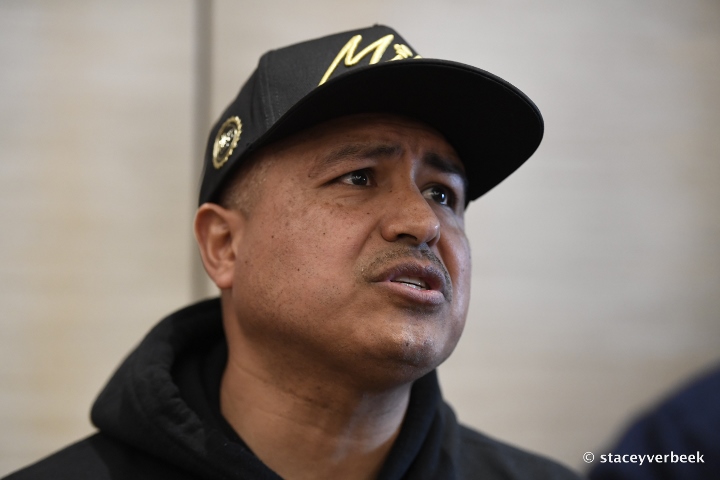 Garcia, 45, decided to ramp up his safety precautions after he tested positive for COVID-19 last Thursday ahead of his welterweight charge Vergil Ortiz’s main event bout against Samuel Vargas at Fantasy Springs Resort Casino in Indio.

Even though a subsequent test showed that Garcia tested negative for the virus on the morning of the fight, California State Athletic Commission Andy Foster advised Garcia not to attend Friday’s show. Garcia complied, noting the potential disastrous health and financial ramifications.

“We have to make sure that this event is as safe as possible, so that means decisions like this have to be made,” Garcia had said in a press release.

Garcia admitted that he likely did have COVID-19, although he has fully recovered.

“I did have it like a month ago,” Garcia said. “But when I did the second test, it was already out of my system.”

As many of Garcia’s prospects live together in a house close to the gym and often train together, Garcia also has a “house consultant” who makes sure to clean the gym everyday after workouts. Garcia also noted that he and his son both wear masks, gloves, and face shields when they are training their fighters. His safeguards reflect the grim resurgence of the virus in California, which recently surpassed New York for most COVID-19 cases in the country, amid a disturbing increase in hospitalizations and infection rates.

In addition to Ortiz, who scored a seventh-round stoppage over Vargas on Friday, Garcia trains his younger brother, the decorated Mikey Garcia, featherweight Abner Mares, and junior-welterweight titleholder Jose Ramirez, who is projected to take on Viktor Postol sometime in August. Garcia’s boxing gym is one of the hotbeds for rising and established fighters in the Southern California area.