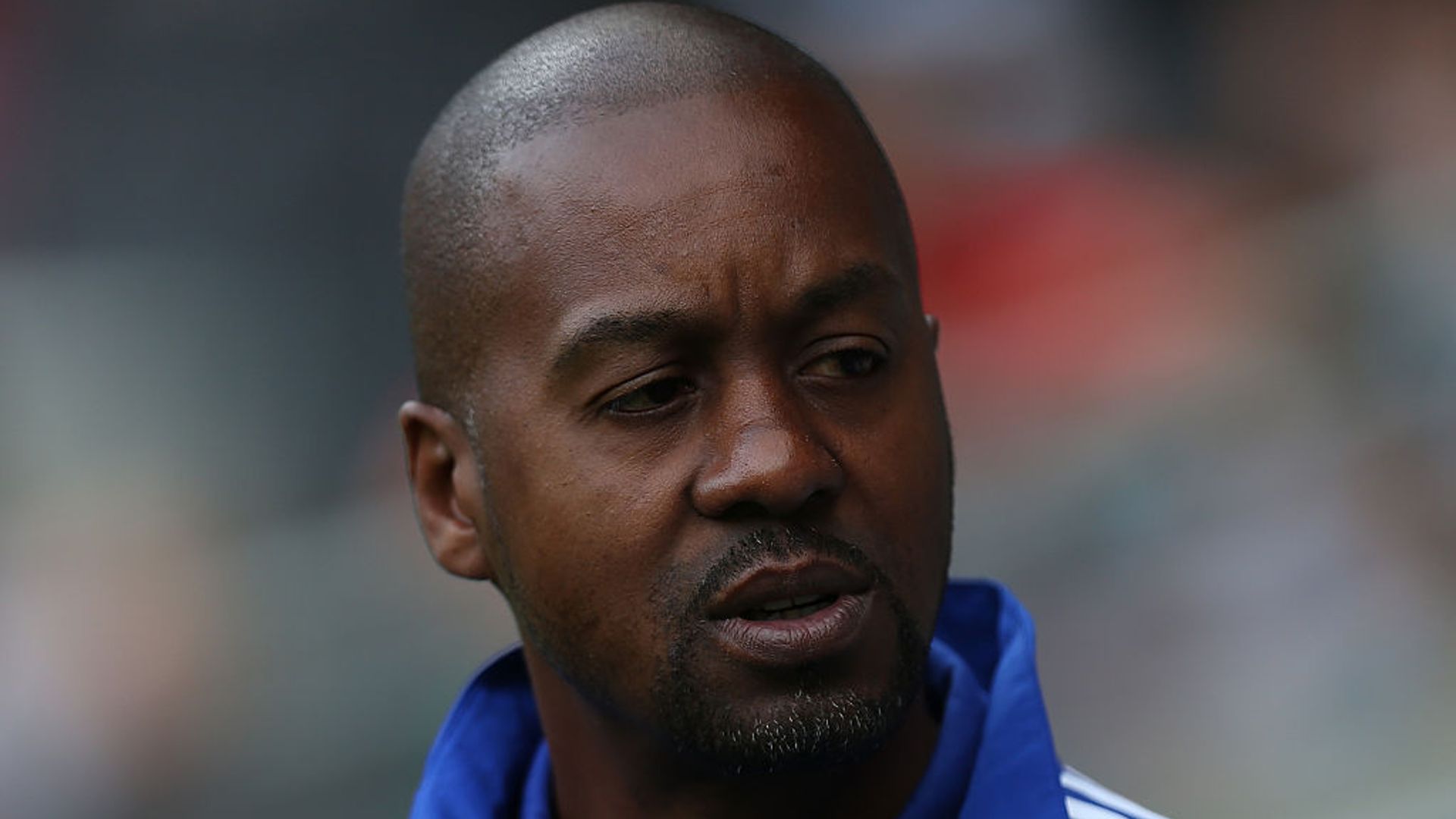 Two matches, two wins, and Trabzonspor’s first trophy for a decade. Not a bad return for Eddie Newton’s first attempt as a head coach, albeit on an interim basis.

But after the elation of Wednesday’s 2-0 Turkish Cup triumph over Alanyaspor, a touch of frustration that it’s taken a long time and a move abroad for Newton to show what he can do.

“I’ve been trying to become a No 1 for a while and just didn’t see it happening”, he says.

“The fact is that I’ve moved to another country and it’s taken six months to become caretaker manager so… I’ve been working in football all my life so that’s why I felt there was more opportunity over here, so I had to take the chance, basically…

Before taking up the role as assistant to Trabzonspor head coach Huseyin Cimsir in February, Newton spent eight years on the staff at Chelsea.

He was assistant manager to Roberto Di Matteo when they won both the Champions League and the FA Cup in 2012, and filled the role again alongside Guus Hiddink in 2015.

Add that to his nine years as a player at Stamford Bridge, which included a goal in the 1997 FA Cup final victory, and you have an impressive CV, one Newton feels was at least good enough to be considered for the top job.

“You would have liked to think so but I don’t see that was ever going to happen,” Newton continues.

“There was a big clamour for Frank [Lampard] even when he took the Derby job. Even if he’d done a half-decent job it was almost written in the stars that he was going to come to Chelsea so I never saw that coming”.

Even if the Chelsea role was never on the cards, Newton feels his credentials were good enough to get him a job elsewhere, but says, like many other young black aspiring coaches and managers, the opportunities never arose.

“Look up and down the league. The figures don’t lie. Not my opinion or anyone’s opinion. Just look at the facts…. There’s very few black managers in the league, therefore the numbers don’t lie.”

Newton believes the only solution is strong implementation of the Rooney Rule, ensuring at least one person from a minority background is interviewed for each head coach or managerial role. It was introduced in the EFL last year, but doesn’t apply in the Premier League.

“If you don’t enforce something, if you don’t push something then nothing will change. The status quo will always be the same… I don’t want to be here in 20 years’ time talking about the next crop of young managers having the same frustrations as we’re having. If anything is going to happen it needs to be enforced.

“At least have the interview. You might be surprised when you sit down with the guy and you find this guy is the man. He may actually be the man.”

Newton’s job now is to convince Trabzonspor president Ahmet Agaogluhe that he is the man to lead them into the Champions League next season. Winning the Turkish Cup wasn’t a bad audition.

“I hope that’s gone a long way towards the president understanding that I’m more than capable of doing a job for him. I know when the president is ready, we can sit down and talk about what he wants to do in the future”.

Long term, Newton hasn’t ruled out a return to England, but after years of being denied his chance, he feels he’s earned the right to be selective. He’ll only come back “if it’s the right opportunity. I won’t come back if it’s just an opportunity”.