The nephew of Robert “The Ghost” Guerrero, 16-year old Jesse James Guerrero, is set to make his pro debut this Saturday, August 1, 2020, at Papas and Beer in Rosarito, Mexico. Jesse James will campaign in the flyweight division. 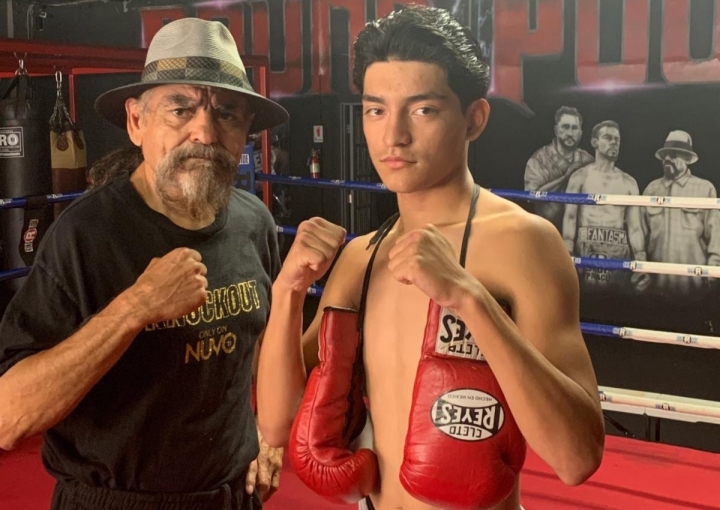 Ruben Guerrero Sr. will be guiding the corner of his grandson with son Ruben Guerrero Jr. Jesse James has been working hard for his debut, sparring with the likes of Oscar Escandon and others in preparation for this fight.

“I know I have big shoes to fill following in the steps of my uncle Robert,” said Jesse James Guerrero. “My goal is to create my own path and become something special in this sport. I’ve been working with my grandfather for the last twelve months and I feel I’m ready to fight, even though I’m only sixteen years old.”

“We put in a lot of hard work going into this fight,” said Ruben Guerrero. “Jesse is a very hard worker and I know with pro experience he can make a name for himself. The plan is to build him up in Mexico before he turns eighteen and can fight in the States. I’m expecting to see him execute our game plan when we step in the ring tomorrow.”