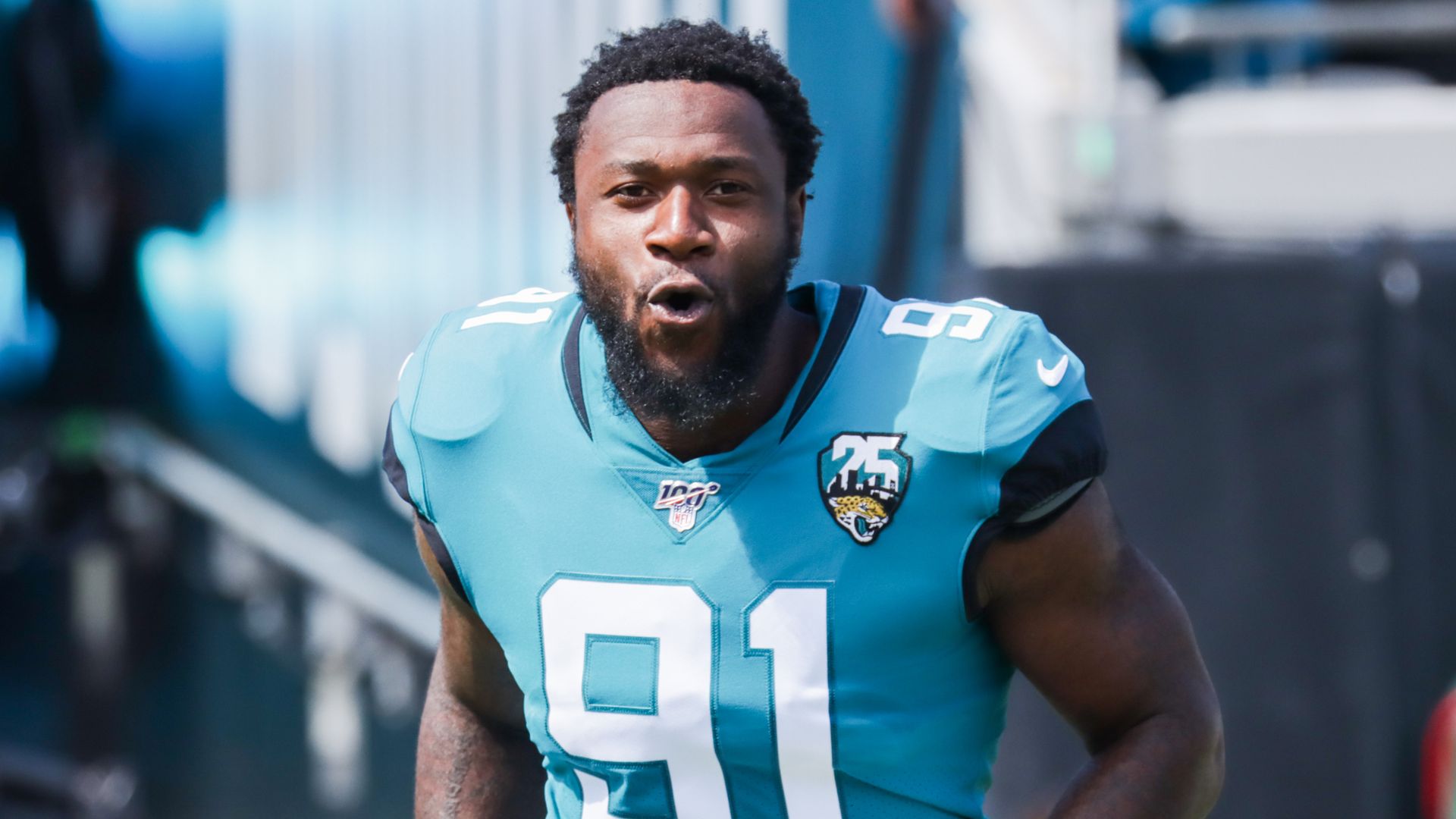 Head coach Marrone not worried about Ngakoue being in shape for season: “He’s a player that’s always ready, always taking care of himself”

Franchise-tagged defensive end Yannick Ngakoue is officially a holdout, as the only player absent from Jacksonville Jaguars training camp.

Head coach Doug Marrone confirmed the absence on Thursday, telling reporters he hasn’t spoken with Ngakoue recently and adding that general manager Dave Caldwell would have more details on any talks with Ngakoue.

The 25-year-old pass rusher, who has been vocal with his demands for a trade, is the only NFL player who was franchise-tagged this offseason yet to sign his tender.

Because he has not signed, he is not under contract with the Jaguars and has no obligation to report to camp, and the team cannot fine him for his absence.

Ngakoue’s tender is worth $17.8m in 2020. He can make that full amount as long as he reports to the team before Week One.

Marrone insisted he’s not worried about Ngakoue being in shape for the season, saying: “He’s a player that’s always ready, always taking care of himself.”

Multiple outlets reported earlier this month that several teams had shown interest in trading for Ngakoue, but that the Jaguars were resisting offers.

The deadline to sign franchise-tagged players to long-term contracts passed on July 15, meaning Jacksonville – or any team that might acquire him – cannot give Ngakoue a new deal until after the season, when he would be approaching free agency.

Marrone said the Jaguars are “prepared for every different scenario that can possibly occur” regarding Ngakoue.

The team drafted a pass rusher, LSU’s K’Lavon Chaisson, in the first round of the draft for the second consecutive year after nabbing Josh Allen in 2019.